Trump in the Yankee and Cowboy War of 2019 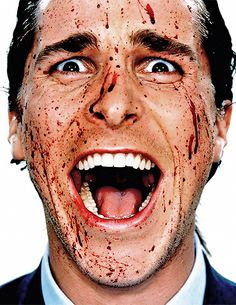 
In [the book] American Psycho, [Donald Trump] is the person Patrick Bateman idolizes above all others. Bateman talks about him constantly, citing incredibly specific details of his life of luxury, and is often distracted by the thought of seeing Trump or his wife Ivana out in New York City. Bateman’s obsession often irks Evelyn, who wishes her boyfriend would talk about something other than Trump. Ellis’s inclusion of Trump as an idol in the novel (he never actually appears) grounds the book in a reality of late 1980s Wall Street New York and also shows the obsessive nature of Bateman’s mind. His love for Trump clearly indicates to the reader the things that Bateman values most in another person: wealth, success, extravagance, and beautiful women. Source.

Celebrity Donald Trump has incredibly moved his personality-driven fantasy story tale to the reality of the conspiracy movie that is his present political life.

So I have to ask the question again: What would the late Carl Oglesby (July 30, 1935 – September 13, 2011), the author of The Yankee and Cowboy War, say as which side Donald Trump is on? One thoughtful answer came to me recently.

Despite being from New York, I think Oglesby would rate Trump as pretty firmly on the Cowboys side. Trump is 100% in favor of the oil and gas industry, favoring almost no environmental or other business regulations on that industry and supporting unlimited use of fossil fuels as opposed to alternative energies. Like the oil companies he opposes the climate change treaty.

Trump's announcement of the sudden withdrawal of all US troops that are in Syria would not fit with the Cowboys so much. But that's because I think Trump has his own prior deals and understandings with Turkey and Russia that he gave them the huge gift of abandoning the Kurds to be slaughtered and Russia to claim total victory in Syria and keep their troops there forever.
But overall I think he fits on the Cowboys side. He has continued the JFK cover up, following the request of the CIAA and other intelligence agencies to keep the files suppressed even when the law keeping them secret expired. Source: Andrew Wilkins. December 23, 2018.

Caleb Oglesby wrote (on December 23, 2018) to my Facebook page, and stated: "Andrew Wilkins, I think my dad would concur."

This discussion made me feel comfortable with what I earlier wrote on June 17, 2017: “There seems little doubt we are seeing a Yankees (Yates, Comey, Rosenstein?, Mueller) vs Cowboys (Flynn, Sessions, Trump) battle occurring right before our eyes.”

Funny how the Cowboy allies of Trump seem to have "resigned" or been fired, of late. But others have been recruited. 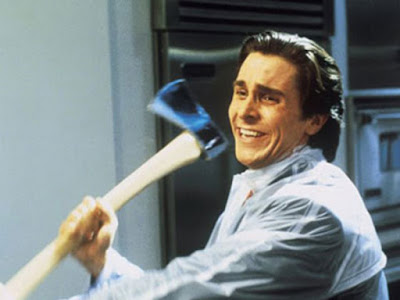 Michael Carlson writes, in part for The Times Literary Supplement, of  his thoughts on the matter in "Cowboys and Yankees: The forces that led to Trump" (October 31, 2016):


Positioning Trump as a political outlier ignores reality. His candidacy is crashing on a late questioning of his “character”, but character is a bullfighter’s cape, distracting attention from more systemic issues. Trump is far from being an exception, even if you believe exceptions that prove rules. Only eight years ago, for example, John McCain chose Sarah “Going Rogue” Palin as his choice to stand a heartbeat away from the Presidency. The roots of Trump’s success can be traced to America’s post-war transition from the grey flannel 1950s to the 60s.
Politically, Trump is the reductio ad absurdum of half a century’s decline in America’s relative balance. Yes, parts of Trump’s personal history and quirks of his performance are unusual for a candidate for the nation’s highest office. But his candidacy represents the ultimate convergence of two realignments in American politics which have taken fifty years to resolve. The Republican Party has been devolving, and the resolution of this process is Trump.
The internal conflict among Republicans lay between what the American writer Carl Oglesby described as the “Yankees” and the “Cowboys”. Yankees represented old Eastern aristocracy and money, the Wall Street lawyers and investment bankers. They founded the party before the Civil War, partly through a noblesse oblige desire to end slavery. Their ranks were joined by nineteenth-century robber barons who gained respectability through wealth and the adoption of that noblesse oblige. They tended to be internationalists. Cowboys represented new money: independent Texas oilmen, aerospace and defence contractors, gigantic retailers, the rising power of the Far West. They offered little noblesse and no oblige, and advocated American exceptionalism which bordered on isolationism, unless America’s dominant interest dictated otherwise. They included groups such as the John Birch Society, funded by the Coors brewing fortune – right-wingers who considered Dwight Eisenhower a communist.
In 1964, their standard-bearer, Barry Goldwater of Arizona (“extremism in the defence of liberty is no vice”) won the Republican presidential nomination. He was trounced in the election by Lyndon Johnson, and the Yankee-backed Richard Nixon and Gerald Ford regained power within the Party. But by 1980, the Cowboys found a more presentable spokesman. Former television host Ronald Reagan defeated Jimmy Carter by running against the Washington establishment, with George H. W. Bush, the son of a Yankee investment banker turned Texas oilman Cowboy, as his vice-president. Since then, opposition to “government” has become the Republicans’ default position. Career politicians run against “Washington insiders”, in pantomime rebellion against the very interests who bankroll them into office and whose needs they service.
The second realignment came from a schism in the Democratic Party, which, at the time Johnson beat Goldwater, was an uneasy alliance of northern working class and “liberals” alongside the so-called Dixiecrats. Dixiecrats represented the “solid South” that for a century had refused to vote Republican, for the simple reason that Abraham Lincoln had won the Civil War and freed the slaves. They were conservatives committed to segregation in the guise of “states’ rights”; many were also born-again Christians.
It was also in 1964 that Johnson enacted the landmark Civil Rights Act. In 1965 he pushed the Voting Rights Act through Congress and as he signed that bill, he remarked presciently “there goes the South”. Four years later Richard Nixon introduced a “southern strategy” to the Republicans, and by 1980, when Reagan defeated Carter, the only southern state Carter captured was his own Georgia.
When the Right and Left were mixed between two parties, the art of compromise was the essence of politics. But now all the hard Right was in one party, and these radical, religious and overwhelmingly white Republicans shared a commitment to ideological purity, exerting extreme pressure on “moderates” to tack firmly to the right or face challenges, funded by unlimited money from backers like the Koch brothers, in the primaries. Co-operation with the Democratic Party became anathema.
Into this maelstrom, Trump’s advantage over his sixteen opponents in the primary was his very lack of a political “paper trail”; he replaced positions with personality. Polls before the first primaries showed that although he commanded less than 30 per cent support, none of the other candidates ran ahead of him one to one. A party united only in its opposition to government failed to offer an attractive leader from within, leaving a vacuum for a would-be demagogue to fill. Once he won the nomination, his campaign attacked blacks and Latinos, and a thrice-married and self-confessed Lothario somehow convinced religious leaders such as Pat Robertson to channel messages of support from God.
Trump benefitted from one other evolution of politics since the 1960s. In 1960 a televised debate helped propel John Kennedy to victory over Richard Nixon. In 1964, a commercial broadcast only once, showing a little girl picking flowers before being obliterated by an atom bomb, killed the Goldwater campaign. Fifty years later Trump realised shrewdly that modern American electioneering is exactly the kind of “reality” television he has been starring in for the past decade. In a system dependent on hundreds of millions of dollars to fund television adverts, Trump’s celebrity and outlandish behaviour guaranteed him a fortune’s worth of free exposure. As one network chief said, “he’s horrible for America, but he’s great for us”. This proved a boon until the focus narrowed into a head to head battle, and the spotlight began to show Nixonian sweat beneath the makeup. 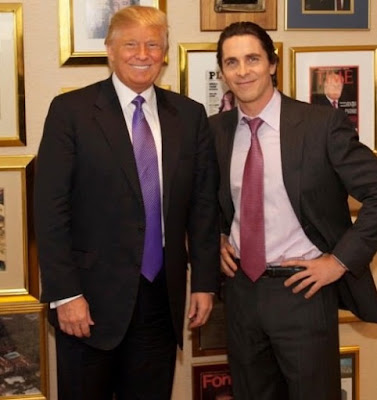 We already known that the personality of Donald Trump has been seeded into our culture for decades. Trump has inspired several movie characters. 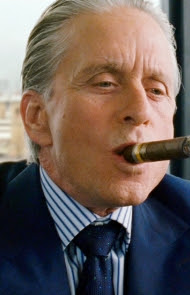 Yet it is amazing there has not been more analysis of where Trump cryptopolitically resides in the Yankees vs Cowboys landscape.

Let us not worry about 2020 yet. We have 2019 to live through first, in a script that seems to have unfolded at the movies. 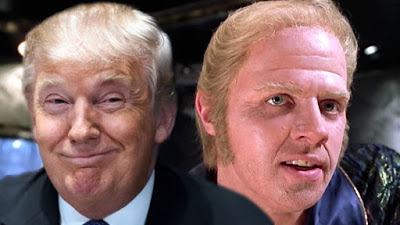 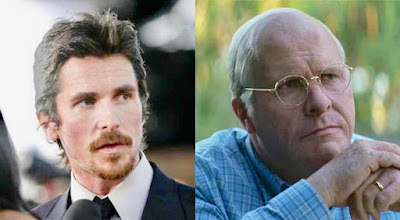 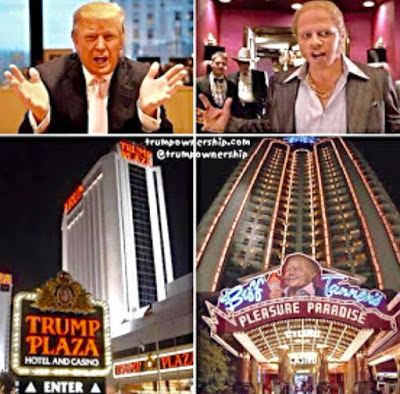 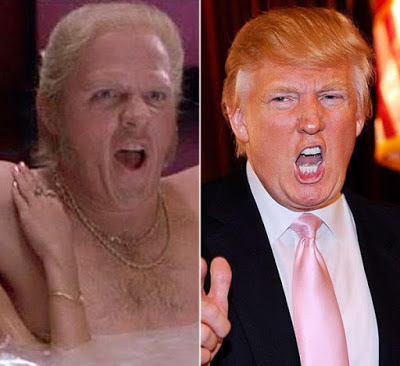 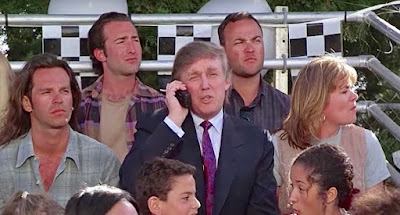 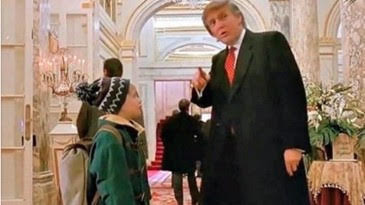 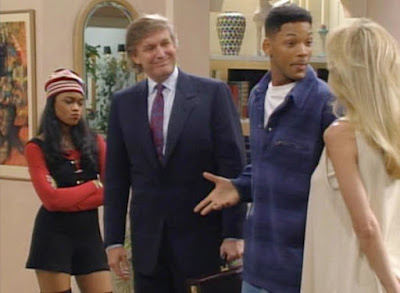 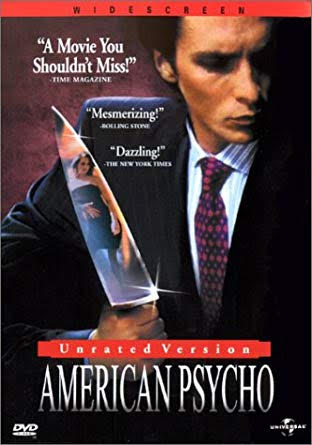 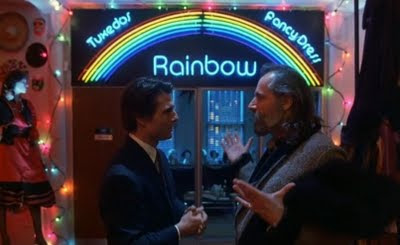 The answers could be over the rainbow, with eyes wide shut.
We all need to have ours opened.

I miss the musings of Carl Oglesby. 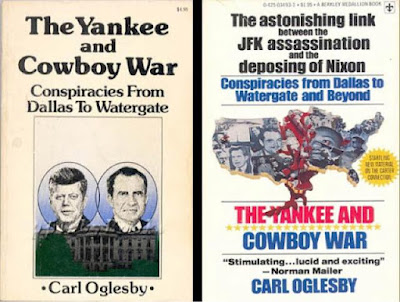 Who Is Winning The Yankee and Cowboy War?