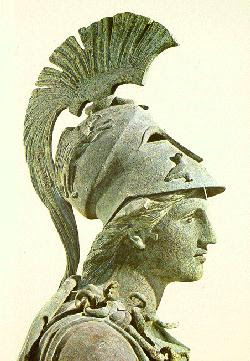 Did you know the first winter storm of 2012 has been named Athena?

In the wake of "Election Night: Prometheus or Lucifer," the film Prometheus (which opened on June 8, 2012), and its relationship to Blade Runner (see here and here), tonight's storm has lexilinks to Prometheus.

In Greek religion and mythology, Athena or Athene, also referred to as Pallas Athena/Athene, is the goddess of wisdom, courage, inspiration, civilization, law and justice, just warfare, mathematics, strength, strategy, the arts, crafts, and skill. (Athena's Roman name is Minerva. Both Minerva, New York, and Minerva, Ohio, were impacted by Hurricane Sandy.)

Athena is the virgin patroness of Athens, Greece. The Athenians founded the Parthenon on the Acropolis of her namesake city, Athens (Athena Parthenos), in her honor. The city of Athens and the goddess Athena essentially bear the same name. Source.

When Zeus and the other Olympian gods rebelled against the Titans, Prometheus sided with the gods and thus won their favor. He held Zeus's aching head so that Hephaestus (Vulcan) could split it open and release the goddess Athena. To show her gratitude, Athena taught Prometheus astronomy, mathematics, architecture, navigation, metalworking, writing, and other useful skills. He later passed this knowledge on to humans.
Prometheus created humans by shaping lumps of clay into small figures resembling the gods. Athena admired these figures and breathed on them, giving them life. Zeus disliked the creatures, but he could not uncreate them. He did, however, confine them to the earth and denied them immortality. Prometheus felt sorry for humans, so he gave them fire and taught them various arts and skills. Source. 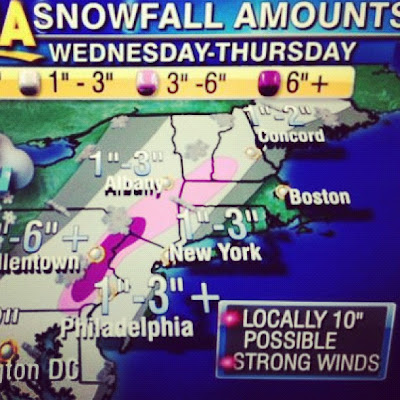 Not everyone is happy with naming this storm.

While Hurricane/Superstorm Sandy made history books for its destruction, its follow up storm is making history for a different reason: it's name.
The Nor'easter bearing down on New England Wednesday has been given the name "Athena" by the folks at The Weather Channel -- the inaugural name on the list of winter storm names the channel created this season. 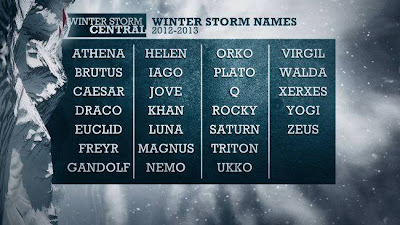 As you might have heard, The Weather Channel went on their own and created a policy of naming winter storms in October, figuring a named storm will make communications easier, especially on social media where the storm could become a hashtag.
With "Athena", TWC said the storm meets their criteria for naming the storm due to the possibility of several inches of snow across some areas that were still recovering from Sandy, including the interior sections of New Jersey.
But not everyone is playing along with the idea.
The National Weather Service issued a directive to their East Coast forecasters not to use the name Athena in any of their forecasts or warnings. Read more here. 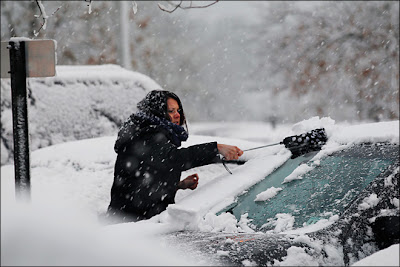 "A day can press down all human things, and a day can raise them up. But the gods embrace men of sense and abhor the evil." - Athena to Odysseus

Funny how math also shows in this lexilink, seeing how Nate Silver has become an over-night sensation in the social networks.

Can't wait to see next year's list. What do you think they'll use? Trees?

The full title of Mary Shelley's sci-fi/Gothic novel is Frankenstein; or, the Modern Prometheus. It is noteworthy that, before the hurricane became too serious a matter in the U.S. to continue using a goofy name, Superstorm Sandy was being called Frankenstorm.

By the way, if The Weather Channel ends up utilizing the name Zeus this winter, I am definitely going to move to someplace much closer to the equator!

To quote TWC's own statement, "A storm with a name takes on a personality all its own, which adds to awareness." With the names they've chosen, certainly they don't expect this to end well... Prometheus himself was punished for "playing with fire", was he not?

Also, regarding the Athena/Athens lexilinks, I'm a native of Athens, OH. There are all kinds of Forteana involved there - notably The Ridges/Athens Lunatic Asylum, among many others - and the extensive list placed Athens as the "13th Most Haunted Place on Earth", as per the British Society for Psychical Research. A search for "Haunted Athens Ohio" is an entertaining starting point for a large web of links.