Antioch: A Prediction Comes To Pass 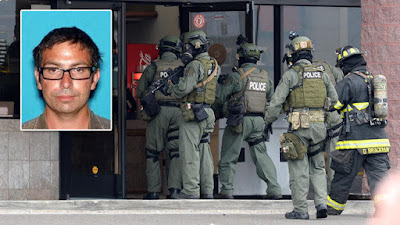 
On July 20, 2015, I made a prediction of a potential movie shooting on August 5, 2016....But then, a mere three days after I wrote that overview on the exact anniversary of the Aurora shooting, a gunman shot up a theater on Wednesday, July 23, 2015. In what even Wikipedia now calls the "2015 Lafayette Shooting," America was surprised again, and I and others discussed some of its sync links; see, "Fayette Factor Hits Movie Theater."

...Time moves along on many fronts.
We are coming up to the two-week anniversary for the Trainwreck/Lafayette shooting, always a dangerous window. The date for that anniversary - Wednesday, August 5, 2015.
People should watch out.

I have made predictions before (see here). Dangerous Minds even called me "The Man Who Predicted The Aurora Shooting."


On August 5, 2015, my recent forecast came true. Two-week anniversaries are significant. (And four-week, one month cycles, are, as well. That upcoming date is Wednesday, August 19, 2015. Predictive future forecasting is simple. What people do with it, remains problematic. At least, the copycat effect is now not disbelieved, as it was a mere dozen years ago when I wrote my book.)

A few individuals on social media noticed. Wade Ridsdale's sent along a comment that summarized what many wrote: "Damn Loren, you nailed it."

Johanna Lenski wrote: "Damn, Loren is getting good at this predicting thing."

The predicted theater incident occurred exactly two weeks after a shooting at a showing of Trainwreck in Lafayette, Louisiana. The hatchet attack and air pistol shooting resulted in the death of the attacker and the injury of three patrons of the theater.

The movie that was playing at the time was Mad Max: Fury Road. 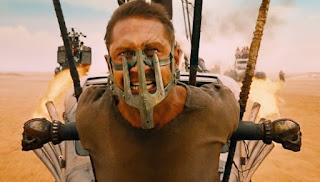 The 2015 event took place at the Carmike Hickory 8 Cinema in Antioch, Tennessee, around 1:15 p.m. The gunman at the Hickory Hollow Cinema, Vincente David Montano was allegedly armed with a hatchet, pepper spray, an Airsoft gun, and a fake bomb. He reportedly was wearing a surgical mask. He was shot dead by a SWAT team as he exited through the theater's rear door.

Vincente (from the present participle of the Latin verb vincere, "to conquer or win"),

Montano ("from the mountains," "mountain dweller").

Besides, Bell Road, the theater was also located at the crossing of Mountain View Road.

The counties are Davidson and Rutherford.

Antioch is a community in southeast Nashville, Tennessee.

An Antioch, California woman, Layla Trawick, 34, used a butcher's knife and a carving knife to attack the victims in a Target store in West Hollywood, California, Monday afternoon, May 3, 2010. She used both blades at the same time — one in each hand, like in the movie Psycho, sheriff's spokesman Steve Whitmore said.

The Yellow Springs, Ohio, campus of Antioch College – specifically the haunted Glen Helen - was the site of a supposed report of a gunman, probably a hoax, on June 27, 2013.

The Taco Bell in Antioch, California, decided to close on September 18, 2014, because of rumors of a "fight club" there in which students had broken into brawls the previous week.
h/t Travis Vaughn, Ar S, Wade Ridsdale, M. Bell, Johanna Lenski,
Chris Woodyard. Andrew West Griffin, Jason Barrera.
Posted by Loren Coleman at 12:33 PM

Thanks for the hat tip Loren :) Excellent post as always !