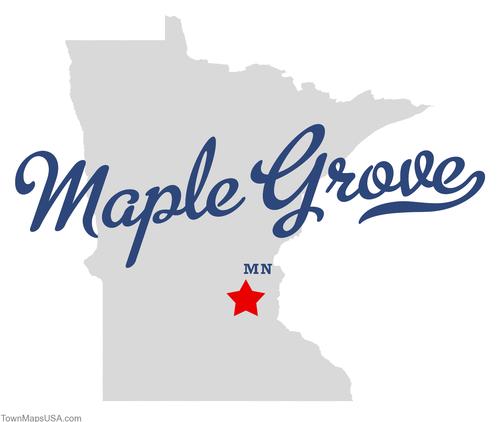 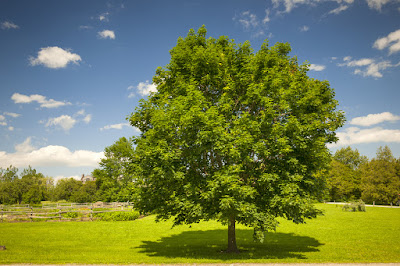 On August 11, 2015, I wrote about the sites of recent shootings, and noted: "The common denominator in all of these names: trees."

I looked at incidents aligned with Hickory, Oak, Willow, and Beech. Names of trees.

I ended that quick review by writing, "Are tree-linked locations worth watching for future risks? What's next? What happens tomorrow? Or more likely, on August 19, exactly four weeks after the July 22nd Trainwreck shooting? That fits into the copycat effect pattern, specifically."

Looking for the 19th, the exact four weeks mark, I'd forgotten that sometimes the "anniversary syndrome" goes for the specific same number in one month...in this case, the 22nd of August. 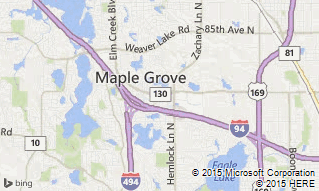 And what happened on the 22nd?

Enki King alerted me to what occurred with a simple subject line: Trees Again.

Another theater-related shooting occurred at a location with four tree-linked names - Maple Grove, Arbor (= tree) Lakes, and Elm Creek Boulevard, plus the nearby Hemlock Lane. Also, there's another tree name, but more on that later. 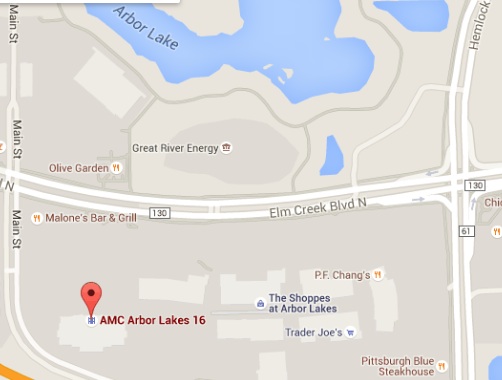 At about 10:00 pm Central Time on Saturday, August 22, 2015, a shooting took place outside a Maple Grove movie theater, which sent two people to the hospital. The exact location was at the parking lot of the AMC Arbor Lakes 16 Theater, 12575 Elm Creek Boulevard North, Maple Grove, Minnesota theater.

I don't need to be pounded in the face with this massive "coincidence" to consider this name game worthy of my attention, needless to say. 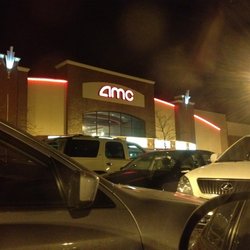 According to Maple Grove police, the event began at the AMC theater, but the officers found the victims at a Wendy’s, 7445 71st Avenue, Brooklyn Park, Minnesota (shown below). 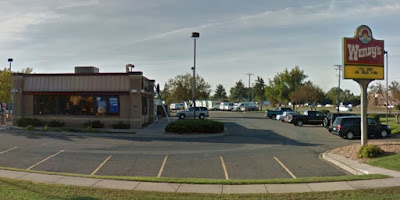 The Fast Food Side Trip...

The so-called infamous "Wendy's Massacre" took place on May 24, 2000, at the Wendy's Restaurant, 40-12 Main Street, Flushing, Queens, New York, leaving five customers dead and two wounded. On March 3, 2008, at a Wendy's in West Palm Beach, Florida, two were killed (including the shooter by suicide), and four injured. 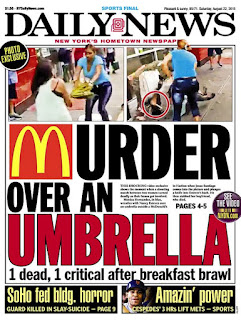 On Friday, August 21, 2015, a savage killing at a McDonald's in New York City made the Big Apple's tabloids. The alleged man with the knife is named Jesus Santiago, 46. "Santiago" means Saint James. The homeless man who was killed is named Orlando Rivera, 38. Orlando = fame of the land, and Riveria = river bank, coast.

For other recent surveys of fast food mass killings and mayhem, see here, here, and here.

"It appears, at this time, the victims left this area, fled this area, and went to another location [the Wendy's] and that's where they called 911," said Capt. Adam Lindquist of the Maple Grove Police Department.

The victims were injured but will recover after hospitalization.

Police then quickly blocked off a section of the theater parking lot to gather evidence.
Lindquist said. “We’re gathering all the information. We’re going to put as many pieces of the puzzle together. It’s an open investigation and hope to bring closure and figure out exactly what happened and find who’s responsible for the shooting.”

Moviegoers didn't know a shooting had occurred, and no one inside the theater was hurt.

Police have not made any arrests and haven't given information on a potential motive.

Lindquist said the public is safe.

Another time/tree sync. Thanks to Enki King who passes along this:


More than one Maple Grove has emerged from the twilight and into the news this week. In a strange and tragic event, a man was killed by police in a church in Maple Grove, NC on the 19th. This Maple Grove is located in Haywood County.


An Army veteran who suffered from post-traumatic stress disorder was killed in an exchange of gunfire with law enforcement at a church in the North Carolina mountains, officials and a charity said Thursday [August 20, 2015].
The shooting on Wednesday [August 19, 2015] happened after officers from multiple agencies responded to an emergency call claiming four people were shot, according to a news release from the State Bureau of Investigation.
When officers arrived at Maple Grove Baptist Church in Waynesville, the emergency call turned out to be false. The SBI said there were no shooting victims, and the only person at the church was 44-year-old Wade Allen Baker of the nearby community of Clyde.
A short standoff ensued, and Baker exchanged gunfire with officers, authorities said. He was pronounced dead at the scene. No officers were hurt....

It is worth noting that another spokesperson for the Maple Grove, MN police department is Trent MacDonald.

"Two men were shot in the parking lot of the AMC Arbor Lakes 16, according to Sgt. Trent MacDonald of the Maple Grove Police Department. They then found their way together to a nearby Wendy’s in Brooklyn Park, where they called 911 around 9:50 p.m. and were transported to North Memorial Medical Center."

Fast food is linked to this story, and MacDonald certainly syncs with the burger slinging megacorp McDonald's. Also in fast food news, it was revealed one week ago that genius comedian Norm MacDonald is now playing the role of Colonel Sanders in advertisements for KFC.