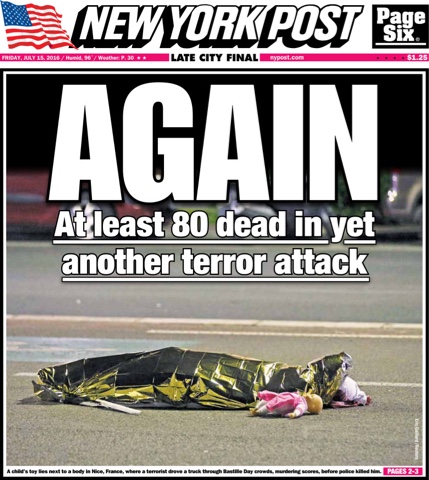 At least 84 people have been killed and over a hundred more injured in the southern French city of Nice on Thursday, July 14, 2016, after a truck (lorry in the UK reports) was "deliberately driven" into a crowd out celebrating Bastille Day in a confirmed terrorist attack.


Considering I just posted about Zombieland and how Zombie-like the Pokeman Go players are behaving, it is intriguing that the Nice attack is being compared to Zombie movies.

"The white truck ---- equals the White horse ----The First Horseman of Book of Revelations -> R 9/11. The carnage scene today in France was described as apocalyptic."

World War Z and Dawn of the Dead/Two Buses from Hell. (See here and here.)

Those who have read my book, The Copycat Effect, realize that graphic images like these ones (below) actually stimulate more copycats. The bodies on the avenue is the lead photograph from The Drudge Report. I post it here for editorial reasons. To reveal and make known is to undermine the syndrome. 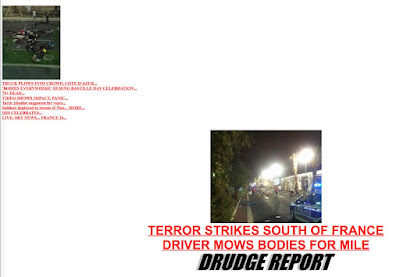 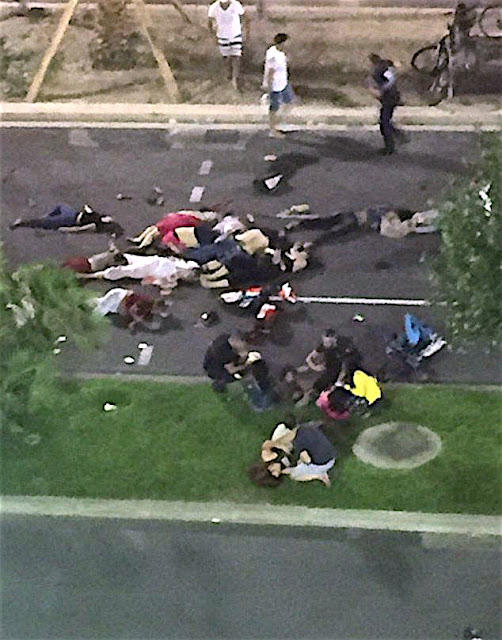 Crowds watching fireworks for France's Independence Day were mowed down by a large white truck that plowed, via a zigzag pattern, through the gathered people.

The first victim to die was a Muslim mother of seven named Fatima Charrihi. Nicolas Leslie, a University of California, Berkeley, student who was missing after a truck drove through a crowd celebrating Bastille Day in Nice, killing 84, died in the attack, the school said Sunday, relaying information it had received from the FBI.

He is the third American confirmed killed in the Thursday attack. A father and son from Texas also died in the attack. 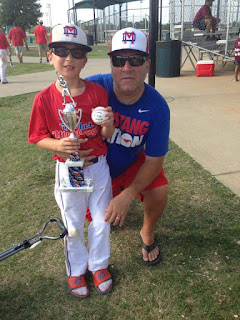 Sean Copeland, 51, and his 11-year-old son Brodie were among the more than 80 people killed Thursday when a truck zig-zagged through a screaming crowd for more than a mile along the Promenade des Anglais. 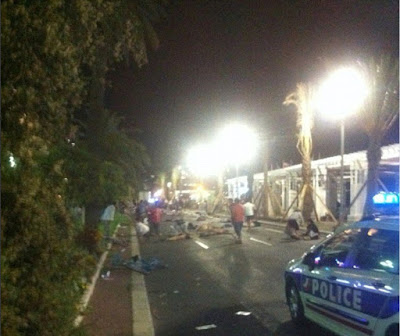 The driver of the truck engaged in gunfire with law enforcement officers, and died in the fire fight. Grenades and guns were found in the truck.

An identity card of a 31 year-old Nice resident of Tunisian ancestry was found in the truck, according to various French media.

The @guardiannews quotes @Nice_Matin that the identity of the #NiceAttack driver is allegedly French-Tunisian Mohamed Lahouaiej Bouhlel, 31. 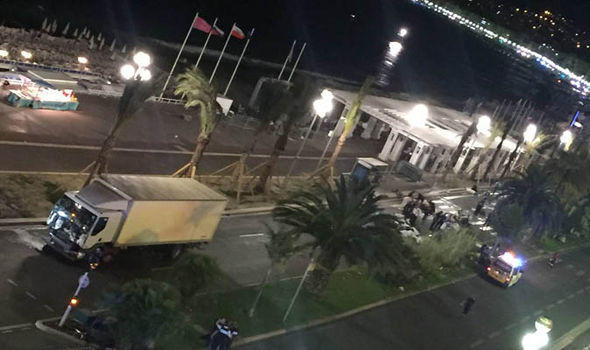 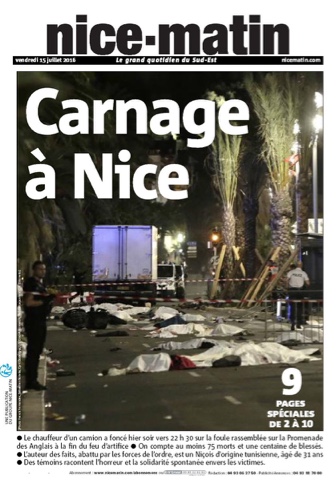 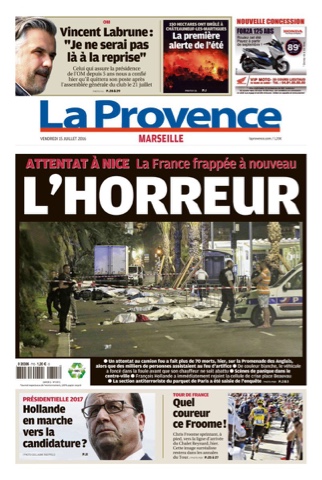 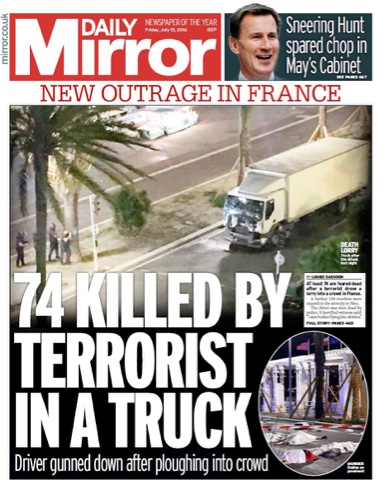 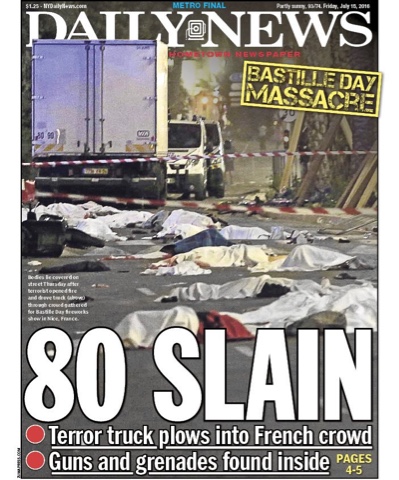 The focus is the Promenade des Anglais.  Promenade des Anglais means "Avenue of the English." In the early 1800s, many wealthy English tourists came to Nice to spend their winters. They settled mainly in the area to the west of the Old Town, where they built villas and hotels as well as establishing their own Anglican church and cemetery. Thus this area became the "Avenue of the English."

Bastille Day is the common name given in English-speaking countries to the French National Day, which is celebrated on 14 July each year. In France, it is formally called La fête national (The National Celebration) and commonly Le quatorze juillet (the fourteenth of July).

The French National Day commemorates the Storming of the Bastille on 14 July 1789, an important event in Paris in The French Revolution, which had begun two days earlier, as well as the Fête de la Fédération which celebrated the unity of the French people on 14 July 1790. Celebrations are held throughout France. The oldest and largest regular military parade in Europe is held on the morning of 14 July, on the Champs-Élysées in Paris in front of the President of the Republic, along with other French officials and foreign guests. 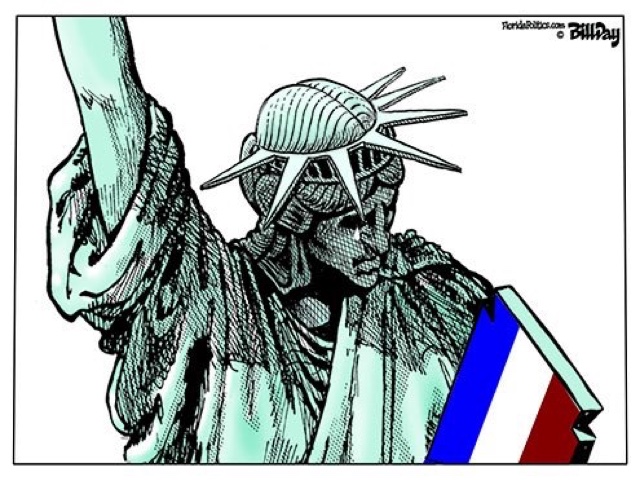 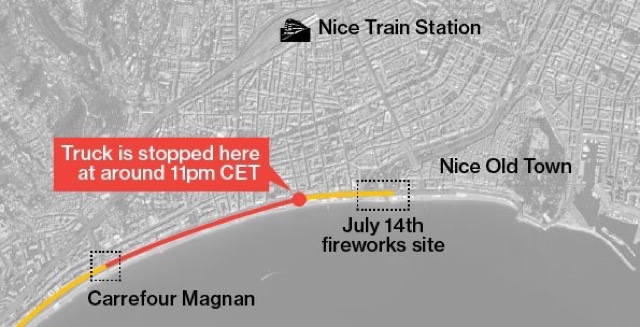 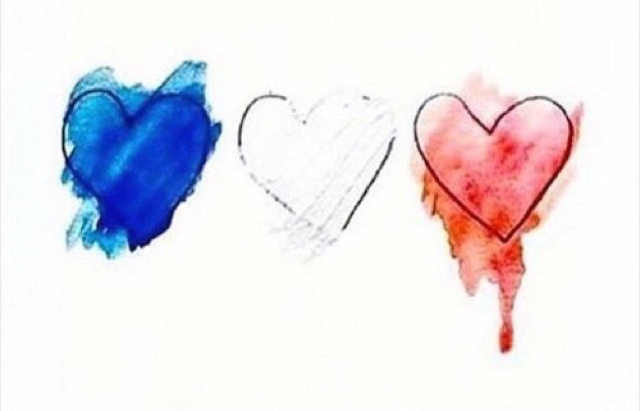 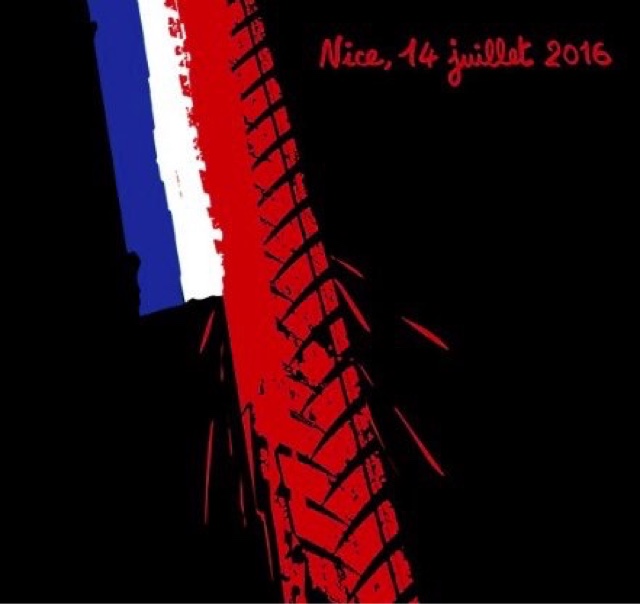 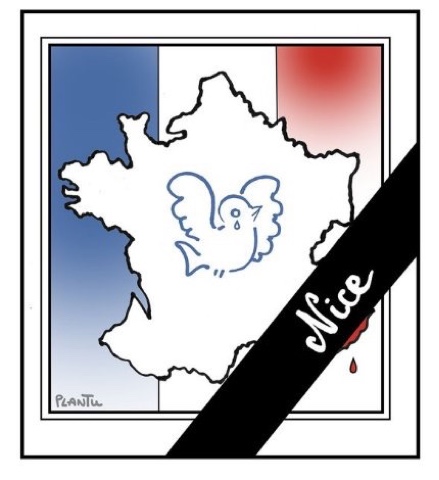 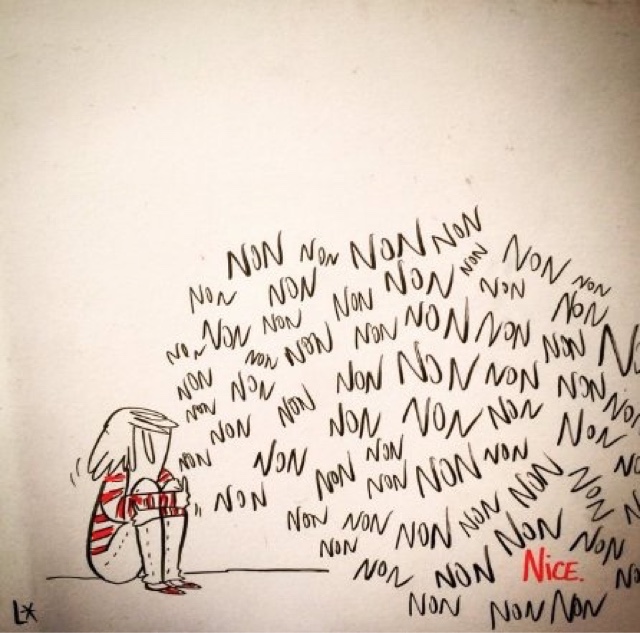 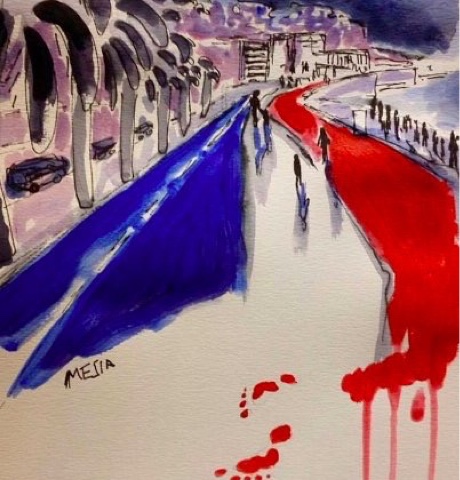 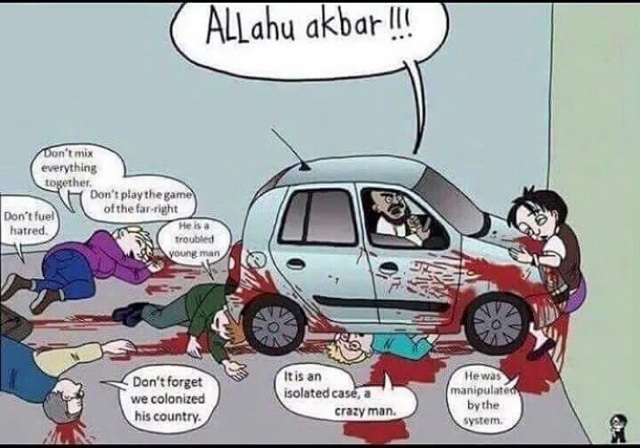 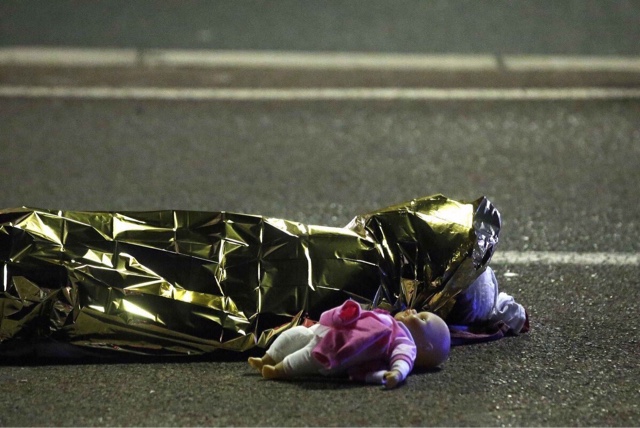 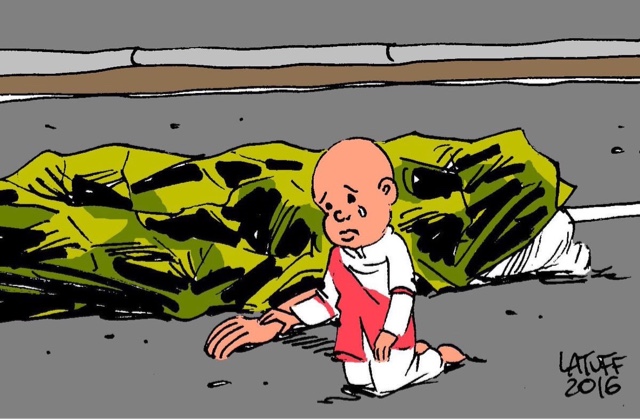 In an unrelated accident, a fire has been reported and pictured burning at the Eiffel Tower in Paris. 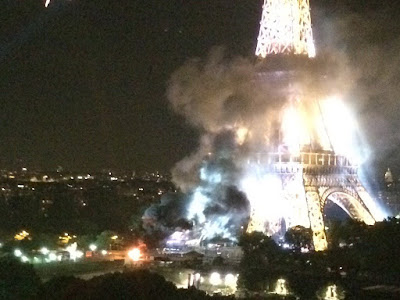 Posted by Loren Coleman at 7:43 PM

I noticed one of the political cartoons of the Nice event shows bloody footprints.

Similar to what happened a few months ago.

The intensity of events is increasing so fast I'm reviewing the history of Nazi Germany while singing "There's something happening here. What it is ain't exactly clear. . ."