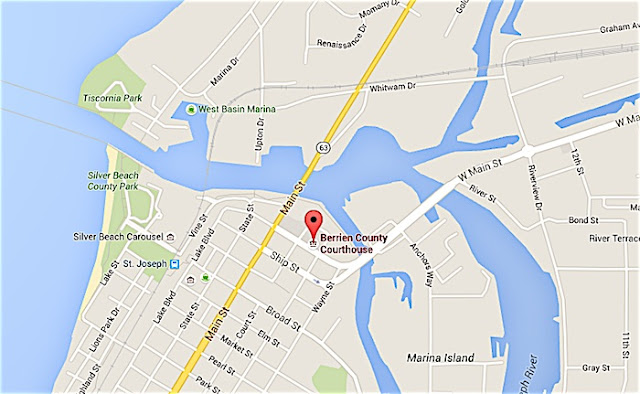 There has been reports of an active shooter situation in the Berrien County Courthouse in St. Joseph, Michigan, on July 11, 2016.

Details surrounding the shooting, which happened around 2:30 p.m. at the courthouse on Port Street in downtown St. Joseph, have not been released.

On Monday afternoon, July 11, 2016, some of the breaking news is reaching the public via tweets. 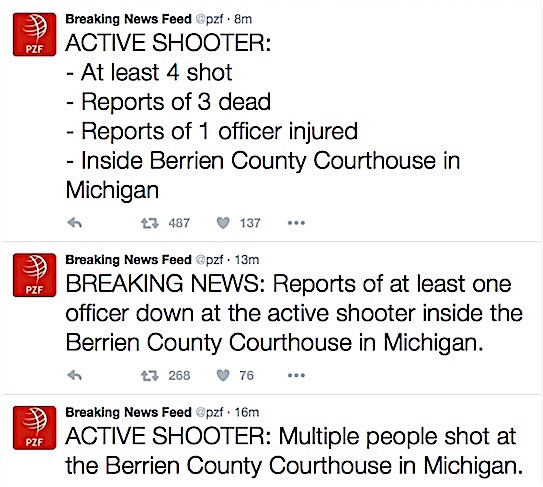 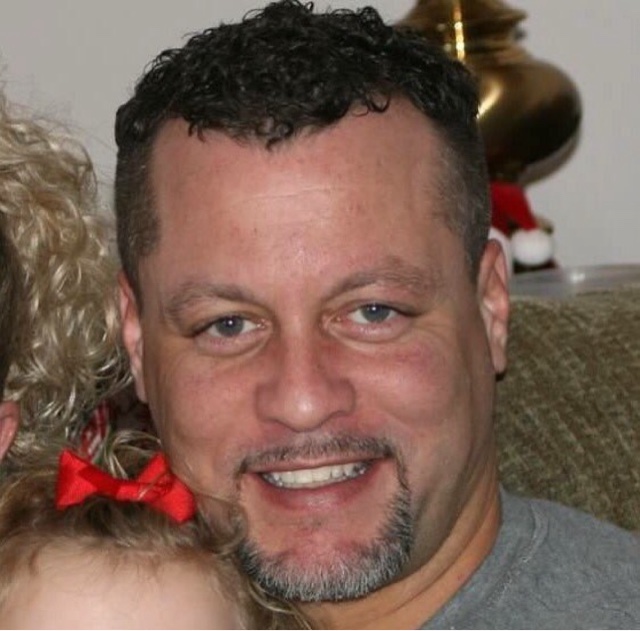 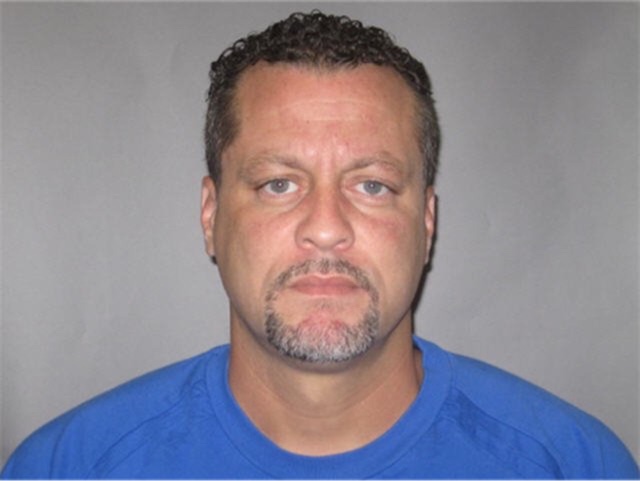 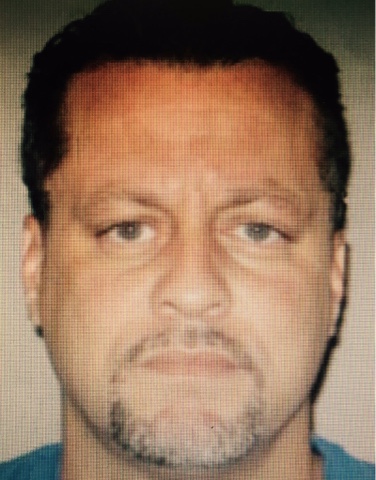 Posted by Loren Coleman at 3:35 PM