"RB": What Did Micah X. Johnson Mean By His Bloody Message? 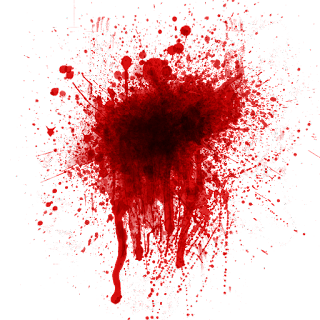 The Dallas gunman Micah X. Johnson left behind an enigmatic communique that law enforcement officials are attempting to decipher. They publicly are stumped.

On the night of Thursday, July 7, 2016, as Johnson held off the DPD and others during his stand-off at the El Centro parking garage, he wrote a message on the wall - in his blood. He soon would be the first person killed in the USA by a robot switching on a bomb.

According to remarks of Dallas Police Chief David Brown on Sunday, July 10, 2016, in an interview with CNN's Jake Tapper on State of the Union, Johnson's message is difficult to understand.

Brown said police found bomb-making materials and a journal at the shooter's home that suggested he'd been practicing detonations and appeared ready to take aim at larger targets.
He said the shooter, Micah Johnson, "obviously had some delusion. There was quite a bit of rambling in the journal that's hard to decipher."
Among Dallas investigators' current goals: Figure out what Johnson had meant by "RB," lettering that Brown said he'd written on the wall in blood before his death.
Police are "trying to figure out what those initials mean, but we haven't determined that yet," Brown said.

"At the scene where he was killed, he wrote some lettering in blood on the walls, which leads us to believe he was wounded on the way up the stairwell, on the second floor of the El Centro building and where we detonated the device to end the standoff there was more lettering written in his own blood," he said. Source.

Does it relate to Johnson's multiple "Black Power" likes on Facebook? Was RB for "Righteous Brother"?

The Urban Dictionary translates "RB" as "Random Boner," or "Rogue Boner," both of which seem inappropriate in this situation.

Other common meanings for "RB" - such as the following - all seem off base:

Or is it something as simple as RB = Red Blood?

What deeper meaning could Micah X. Johnson have been trying to convey? Could understanding "RB" assist in preventing other like-minded copycats?

Do you have any ideas?

Joe Mehl mentions "Raging Bull," and notes that coincidentally there have been three bull goring incidents in Spain and elsewhere.

Obama happened to be in Spain today. One fatal goring to a bull fighter occurred live on television.

first, because he is a black man bleeding for liberation and
second, because Red and Black are the first two colors of the Pan-African -- aka Black Liberation Flag

Black is the color of the noble and distinguished race to which we belong;

According to the UNIA as of recent; the three Pan-African colors on the flag represent:
---------------
red: the blood that unites all people of Black African ancestry, and shed for liberation;

black: black people whose existence as a nation, though not a nation-state, is affirmed by the existence of the flag; and

It means "Robot bomb" or "Remote bomb" or maybe "Really Bored" ... But my best guess is that it means "Rumain Brisbon" who was a black man killed by white police in phoenix 2014 when a pill bottle was mistaken for a gun, the officer was not charged.

Occam's Razor. The Falcon Heights shooting was the northern pole and Baton Rouge the southern. In between is the Great Brown Snake, the Mississippi, dividing the nation. Highway 61 revisited.

More info is here, in the section titled 'Falcon Heights and Baton Rouge" --


You won't like the politics but the numbers and logic add up. I'd have to see Johnson's writings to be more certain. But likely RB = Rhythm & Blues.

I think he was writing "RBG" and was unable to complete it.

In the Harry Potter series, a message signed "RB" turned out to be written by Regulus Black. This RB was once allied with the evil Lord Voldemort; such followers are referred to in the books as the Death Eaters. Black later realized the horror he was participating in and turned against the Dark Lord, sacrificing his own life in the process. Of course "Regulus" means "little king."