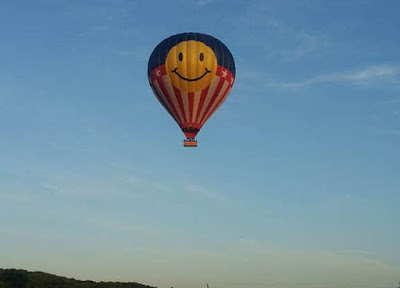 A hot air balloon believed to be carrying 16 people caught fire in the air and crashed in central Texas on Saturday (July 30, 2016) morning, killing everybody on board, federal and local authorities said.
The balloon may have struck power lines when it went down around 7:30 a.m. in pastureland near Lockhart, about 30 miles south of Austin, in an area often used for balloon landings, a county judge and public safety source told CNN.
"First I heard a whoosh," Margaret Wylie, who lives near the crash site, told CNN affiliate TWC. "And then a big ball of fire (went) up. I'd say it got as high up as those lower electric lines."
If investigators confirm 16 people died, the crash will be the most fatal hot air balloon accident in United States history.
The hot air balloon rests on the ground near Lockhart, Texas.
Federal Aviation Authority officials said the balloon carrying 16 people caught fire before crashing, but provided few other details. The Caldwell County Sheriff's Office said nobody on board survived.
Caldwell County Judge Ken Schawe said it looks like the balloon collided with a power line before catching fire and crashing to the ground.
A source with the Texas Department of Public Safety earlier told CNN's Polo Sandoval that investigators believe the hot air balloon struck power lines and caught fire. This is the preliminary working theory, the source said.


Meanwhile, in Hawaii there is a volcano with a smiley face (here).

Thanks above from Steve L.


The owner of Heart of Texas Hot Air Balloon Rides and chief pilot of the balloon that went down Saturday, July 30 with the loss of his own and 15 passengers’ lives was Skip Nichols. ~ Jim Brandon, author of The Rebirth of Pan, and "NickName" awareness. 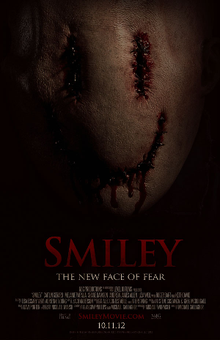 RENO, Nev. – The 21-year-old college art student accused of putting pipe bombs in mailboxes in five states told authorities he was trying to make a "smiley face" pattern on the map, a sheriff said Thursday.

The first 16 bombs were arranged in two circles, one in Illinois and Iowa and the other in Nebraska. On a map, the circles could resemble the eyes of the popular 1970s happiness symbol. The final two bombs, found in Colorado and Texas, form an arc that could be the beginning of a smile.

"There was a comment made to one of my officers about his hope to make a smiley face when he was all finished," Pershing County Sheriff Ron Skinner said.

Skinner said Luke Helder made the comments to an undercover county officer shortly after his arrest outside Reno on Tuesday.

"His demeanor was very jovial. He didn't seem to be taking anything seriously at the time," the sheriff said.

An FBI official would not comment on the sheriff's report.

Meanwhile, Helder's parents, Cameron and Pamela Helder, met with their son at the county jail in Reno for a half-hour. They were separated by glass and spoke by telephone.

"We are here to see our son in his hour of need," Cameron Helder told reporters afterward. "We told him we love him. I feel a lot better after speaking to him."

Helder faces federal charges in Illinois, Nebraska and Iowa, where he will be taken Friday for an initial court appearance. U.S. Magistrate Robert McQuaid Jr. denied a request Wednesday to release Helder to the custody of his parents.

"It's apparent to me that he suffers from some apparent mental health problems," McQuaid said.

If convicted, Helder could be sent to prison for life. Cameron Helder said he expects the legal proceedings to be a long process.

"It's already been very hard on us," he said. "Our heart goes out to the families of the victims."

The eight bombs in Iowa and Illinois were found in rural locations that form an uneven ring about 70 miles in diameter. The Nebraska bomb sites — about 350 miles away — form a ring about 90 miles across.

The other bombs were found hundreds of miles away — one in Salida, Colo., the other in Amarillo, Texas.

The FBI issued an alert for Helder after his father called police Monday night about letters from his son that included references to death, anti-government comments and the phrase "Mailboxes are exploding." The same phrase was in the notes found with the bombs.

Authorities said Luke Helder has confessed to making 24 pipe bombs out of smokeless gunpowder, BBs or nails, paper clips and Christmas tree bulbs. The final 10 bombs found in mailboxes and the six found in his car had different detonation mechanisms and were not rigged to explode but were still dangerous, authorities said.

"Same pipe bombs, but he did not hook the battery to them," said Terry Hulse, the FBI agent in charge in Las Vegas. "The difference is when people opened the mailbox, they found them laying there."

Cameron Helder said he wanted to thank the FBI and the sheriff's department for making the visit possible "so we have a better understanding of what is going through his mind and what is happening."

Helder wore a broad smile each time he was transported to and from jail and court. Washoe County Sheriff Dennis Balaam said Helder did not seem upset that his father had turned him in.

"I think he understands. I don't think there are any ill feelings there at all," the sheriff said. "It was an emotional goodbye. It's a difficult time for all."

The sheriff added: "I think as each moment goes by the consequences are starting to set in with him."

Balaam also said Helder, a junior art and industrial design major at the University of Wisconsin-Stout, was headed for California when he was arrested. Balaam said he did not know why.

Elsewhere Thursday, authorities in Sioux City, Iowa, blew up a pipe with no explosives found by three young boys and three small bombs made with drain cleaner exploded in mailboxes north of Spokane, Wash. There were no injuries in either case.

Indiana State Police also said that at least two juveniles are suspected of planting two pipe bombs in roadside mailboxes earlier this week. One of the bombs exploded, but there were no injuries.

Here is an article from 2015
The “Smiley Face Killer” Theory Refuses to Die
http://www.allthingscrimeblog.com/2015/02/09/the-smiley-face-killer-theory-refuses-to-die/

the hot air balloon crash is really creepy to me personally. on friday, I was watching a tv show where the host took a HAB ride over a rural area of Turkey, and all I could think about was the account I read of a person who was in the balloon behind one that burned up in Virginia in 2014 and how absolutely horrible it was, and then wake up to this story today.

Can't make this up!

The Kilauea VOLCANO erupts in a SMILEY FACE!

This "accident" disturbed me, probably because of the banal-creepy smiley face combined with a horrible deaths of 16 people.

The HIGH TENSION ELECTRIC POWER CABLES SUSPENDED BETWEEN THE IMPOSING TOWERS made me think of the imposing KERNGATE, or "Gate of a Thousand Doors",that straddles the ancient road in El Paso, TX known as the "Jornado de Muerte". Peter Kern, a Freemason and successful businessman had the gate built in 1916 for his developed neighborhood project.

The KERNGATE is spooky. It's worth the search.

Author Micheal A. Hoffman brought it to public attention in '89. Entertainer Marilyn Manson embedded it in the collective conscious of the younger generation in 1999. (The following link is from Marilyn Manson's site which has the shortest address to post.)
http://nachtkabarett.com/thelambofgod/kerngate.html

The neighborhood remains, but the gate came down in 1954.

Kerns was KILLED BY A TRAIN in 1937.
http://elpasotimes.typepad.com/morgue/2011/01/1937-founder-of-kern-place-killed-by-tp-train-at-arlington.html

I agree with you about the “banal-creepy” nature of the smiley face on the balloon, mainly because I associate such banal creepiness with clowns and refer to Loren's posting from 4 months ago:
http://copycateffect.blogspot.com/2016/04/Bad-Clowns.html

However, the balloon that crashed did not have that same banal smiley face because it was wearing dark sunglasses. The photo that Loren has on the top of the blogpost here is not accurate in that it shows the typical banal smiley face with the 2 dots for eyes.

Admittedly, the smiley face with sunglasses is still somewhat banal, but to me, there's a different kind of creepiness there and I wonder how you would evaluate it.

But there is also actual aerial footage of the balloon itself AFTER the crash. When the basket hit the power lines and caught fire, it separated from the balloon which drifted off and fell down in the middle of a field nearby.

Go to the video on this CBS news report and you can see the balloon lying flat in the field with the actual smiley face showing. Pause and ponder, not just for the smiley face but for the whole scene. How does that smiley face strike you now, especially with the smile so very skewed? To me, it's a quite iconic image, but I'll let you judge for yourself.
http://www.cbsnews.com/news/hot-air-balloon-crashes-texas/

The way the balloon laid out so perfectly flat in the field, with only slight crumpling on the upper edge, suddenly reminded me of a crop circle, especially of those crop circles appearing every summer season in England around Stonehenge.

Here is the famous Alien Face Crop Circle that appeared August 15, 2002 and was photographed here by Lucy Pringle
http://www.lucypringle.co.uk/photos/2002/uk2002dl.shtml

And if you want cosmic banality, here is the pipe-smoking alien crop circle that appeared July 2011
https://www.sott.net/article/235394-UK-Pipe-Smoking-Alien-Crop-Circle-Attracts-Tourists

Good catches, Tom. My take? You asked for it! (lol)

SUNGLASSES have been an iconic symbol since their invention. The glamor of sunglasses began with their association with FILMAKING; Hollywood/Italy/Spain, r/t the bright SUNLIGHT. From there they have come to represent all that is hip or cool, or whatever the kids call it today.

Sunglasses add a kind of DOMINANT POWER to the wearer. Power of the poker face.

The PERFECTLY ROUND BRIGHT YELLOW smiley face, resonates with the anthropomorphized SUN, as seen on the Rider-Waite Deck of the TAROT.

In Western mythos, the sun god is HELIOS/APOLLO. (A CLOCKWORK Orange)

The image of the SUN WEARING SUNGLASSES gives us whimsical IRONY.

An EQUALLY ICONIC image, the GRAY ALIEN, is created by the deflated balloon on the ground. With this mythos mashup we get a metaphysical story of APOLLO returning to earth as a reptilian GRAY.

With all the UFO-contactee/transhumanism/multi-universe chatter in the blogosphere, I'm sure Apolllo-Gray theme resonates deep.

The event was most likely an accident, but the NEWS, with its SHOCKING images and twilight language CHANT-CANT, embeds a sacrifice scenario into the collective sub-conscious.

And in the realm of the subliminal, that's all that's needed.