Austin Shootings: Ponder and Pause in the Midst of a Media Frenzy 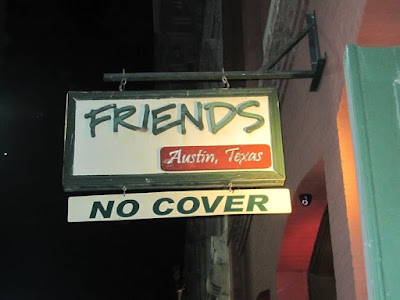 Saturday, July 30, 2016's wreck of a hot-air balloon was only miles from Austin, Texas. Lockhart is about 30 miles south of Austin.

Overnight, in the early morning hours of Sunday, July 31, 2016, reports out of Austin, Texas, tell of an "active shooter," and accounts of "separate shootings within the same area." 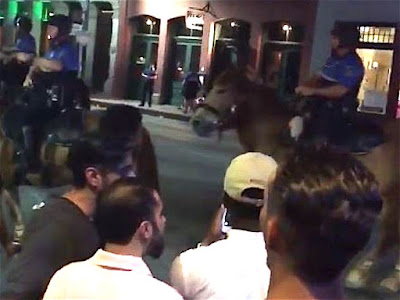 As I had to note a few years ago, gang shootings, domestic violence shootings, and friend-on-friend or gender-related-passion shootings take place all the time in America. But during news cycles of increased media attention to mass shootings, shooting sprees, terrorism attacks, and "rampages," every dispute that ends in gunfire will initially be reported as if it is an extraordinary and similar situation.

I'm not sure what's up with this Austin shooting, but I'm wondering if it is just another one of these types of shootings that is being overblown by the media. This is not to diminish the deaths of anyone involved in any such incident, but we have to start being able to discriminate between shootings, even if the media does not.

Calling something a "mass shooter situation" does not make it like all the rest.

The Austin, Texas police have said that one person (a female) was killed and four were injured following an "active shooter incident" in Austin.

The Austin-Travis County EMS tweeted there were "multiple" individuals with gunshot wounds. 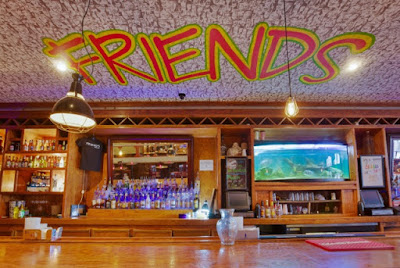 Units were responding to the area of 208 East 6th Street.  This is the address of the Friends bar.

This section of town is a busy area, very youth-oriented and tourist-oriented. To get some idea of where this spot is, two blocks away, the Museum of the Weird is located at 412 East 6th Street, which is next to the Jackalope and the Chupacabra Cantina. A block in between is the Alamo Drafthouse. The Friends bar is in back behind Voodoo Doughnuts.

Residents are being told to stay away from the downtown area.

The location of the shooter or shooters is unknown.

Be careful. Be safe.

Thanks to Mike Playfair for the alert.
Posted by Loren Coleman at 6:00 AM

I agree with you about the pause and ponder, and this Austin shooting has given me great pause of amazement as I type the very day before the 50th anniversary of the Charles Whitman Tower rampage in Austin! Wait till you see what you have wrought with these connections, synchronicities and synchropinquities!

Where do I start? Perhaps an update on the shooting situation from the Austin American-Statesman this morning.
http://www.statesman.com/news/news/crime-law/ems-one-dead-in-active-shooter-situation-downtown/nr7fW/

First of all, the shooting outside Friends at 208 E. 6th St. is just half a block East of the famous old Driskill Hotel, built in 1886 and one of the more haunted hotels in Texas. And right next to Friends is the Voodoo Donut Shop.

Secondly, the N-S streets in downtown Austin are named for the rivers in Texas with the sequence of street names proceeding from the West to East. The river street names involved in the shooting are Brazos, San Jacinto, and . . . Trinity!!! . . . where the second unrelated shooting took place last night.

Now let's get to the eerie synchropinquities of geography I found which portend tomorrow's 50th anniversary of the Tower shootings, Monday, August 1, 2016.

I give you the Whitman wikipedia entry to consult
https://en.wikipedia.org/wiki/Charles_Whitman

David Gunby, 58, was shot in the lower back. He died of his wounds in 2001; the coroner ruled his death a homicide.

You see, 35 years after he was shot by Whitman, David Gumby, upon his death, was declared the 17th victim of Whitman.

==============
Yesterday I noted on my Gaia Grid measurements, that the Texas Tower was only 3 degrees off the due North longitude line bearing of the hot air balloon crash. Ok, it's a definite pointer, but now I would like you to go into Google maps and follow along my measurements

Put your mouse arrow on that point and then Right Click on your mouse, scroll down to the last item on the menu: “Measure Distance”

A little white circle dot appears. Now drag and scroll down SSE about a mile and a quarter and Left Click the point on 6th St.

A straight line should appear, showing a distance of 1.29 miles.

But the whole reason for doing this exercise is to see that this line passes directly over the center of the dome of the Texas State Capital Building located about 3/4 mile from the Tower to the South and half a mile North from the 6th St. location.

Now imagine this little thought experiment. Whitman's longest kill shot was 500 yards. The distance from the Tower to the place the woman was killed on 6th St. is 1.29 miles which is 2,270 yards. Consulting the website that give the 10 longest recorded sniper kill shots in history, Number 7 is 2,288 yards.
http://controversialtimes.com/military/10-longest-recorded-sniper-shots-in-history/

Thus if Charles Whitman had state of the art sniper rifle technology today and he aimed a shot using the top of the State Capitol Building as his guide, his shot woulf have hit the street in front of Friends at 208 E 6th St., Austin.

I have no idea what the significance, if any, there is to these ruminations, but I put them out there for you anyway, wondering what the hell tomorrow will bring as Whitman's 50th anniversary takes effect.

as someone under tewnty this post just scared me.... why are any connections needed between shootings are you gonna stop an actual shot death forty years apart? Like serious all in andout for synchronicity but read word for word and just could not identify... which actually scared me! Do you have a daughter? or someone you pass information too?

Steven Yaschuk, if you have not yet, please do, read Loren Coleman's "The Copycat Effect". I found his book instrumental in grasping the sociological patterns.
Also keep in mind, it's all about what's put out in the media for the masses, that is, social control.

Hello Steven, Thank you for your comment and expressing your feelings about my analysis. At first reading, I wondered if you got scared because you were taking my metaphorical scenario too literally. But then I realized that you were upset at me for connecting shootings that were 50 years apart and were simply baffled as to why I would do such a thing.

So please allow me to explain why, and I apologize for not making this clear ahead of time, but, thankfully, since you declare yourself a fan of synchronicity, perhaps you will also become a fan of what I am calling: sympropinquity --- once I explain it to you.

Now I completely validate your feeling of fear. You should be afraid. It is a quite normal and healthy reaction to what I am writing. My only concern is that you stop attributing the cause of that fear to me, the “Fortean Messenger” and instead be much more afraid of what the message evokes.

Now we know that a synchronicity is a simultaneous coincidence of two events that are not causally related but which become very meaningful to the person experiencing them.

What I call a sympropinquity is a (usually) NON-simultaneous spatial coincidence of two events that are not causally related but which become very meaningful to the person experiencing them. (I sometimes use the word synchropinquity but that term may be restricted to those very rare events that happen at the same time and place.)

A perfect example of a sympropinquity is the recent rampage of Micah X. Johnson killing 5 policemen in Dallas. Review Loren's post about it here from a month ago:
http://copycateffect.blogspot.com/2016/07/777.Dallas.html

-------------------
The "worst day" in Dallas since the JFK sniper assassination (which "coincidentally" occurred in the Masonic site, Dealey Plaza down the street from this mass sniper attack).

So Steven, here you see Loren connecting two murderous shootings which took place 53 years apart in time but within a close proximity of 1/4 mile to each other. That qualifies the two shooting events as a sympropinquity.

So now let me directly answer your question, Steven:

why are any connections needed between shootings are you gonna stop an actual shot death forty years apart?


The connections between the shootings are not “needed,” rather, they simply exist as the two temporally unrelated events of the sympropinquity. And there is no personal --- read: egoistical --- motivation of trying to prevent a shooting death; rather, I conjecture that ALL shooting deaths, indeed, ALL violent deaths --- especially MASS violent deaths --- leave some kind of “psychic-spiritual impression” or overlay on the physical earth itself --- in accordance with the belief that the earth is not only a living organism, Gaia, but also a sentient, perhaps even self-conscious living organism that expresses the sudden violent deaths of humans in these weird and scary synchronicities and sympropinquities that we all focus on here.

And it is scary, Steven, so you're OK and right in tune with Twilight Language, since being scared goes with the territory here, if I may make a little pun on Gaia.