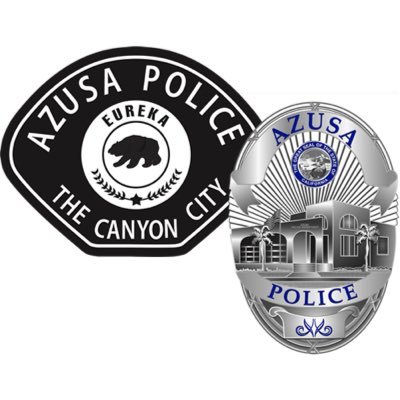 Four people were transported to an area hospital following an officer-involved shooting on Election Day, Tuesday, November 8, 2016, in Azusa, California. Police said they had to respond to W. 4th St. and N. Orange Avenue, in the afternoon.

Officers “were met with gunfire at the scene” and that they found themselves “pinned down” by gunfire, Azusa police Officer Jerry Willison said. Authorities worked to extract the pinned-down officers, Wilison said.

Four people were transported to hospitals following the shooting.

The shooting occurred near Slauson Middle School, which was placed on lockdown. 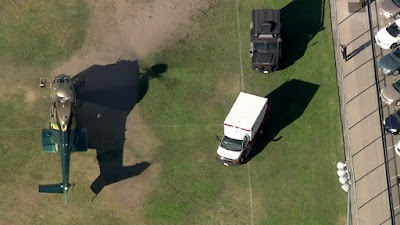 Origins of the location name

"Azusa stands for everything from A to Z in the U.S.A." has been a phrase used to promote the town by boosters such as the Chamber of Commerce for many years. The place name "Azusa" actually dates to the Mexican Alta California era in the 19th century when Azusa was used to refer to the San Gabriel Valley and the San Gabriel River. It appears to have been derived from the Tongva place name Asuksagna. The area was part of the Tongva peoples (Gabrieleño Indians) homeland since at least 55 CE.
Posted by Loren Coleman at 7:00 PM

The name Azusa has a few odd dendrites.

-a Christian-based institution in Azusa, California
-a Christian movement that began in Los Angeles (312 Azusa St.), considered to be the historical origin of the Christian Pentecostal movement in the U.S.
https://en.wikipedia.org/wiki/Azusa

-Radar interferometer developed in the 1950's in the town of Azusa
https://en.wikipedia.org/wiki/AZUSA

A guy down in Springfield, Oregon---home of Kip Kinkel and the Thurston High School shooting---got arrested for firing off his shotgun in celebration of Trump's win.
http://www.kptv.com/story/33670798/police-oregon-man-arrested-for-celebrating-presidential-election-by-firing-shotgun

Jill Stein was hardly mentioned by the media, yet Donald Trump was constantly given attention.
This is in all actuality the likely main cause of his victory, i.e. media attention,
the copycat-effect in effect.

Change to give the illusion of progress