Fakelore and Fake News: Have You Heard The One About Anti-Trump Protesters Blocking The Ambulance?

Paul Bunyan is a clear example of fakelore. Fakelore is described as "inauthentic, manufactured folklore" presented as if it were genuinely traditional. 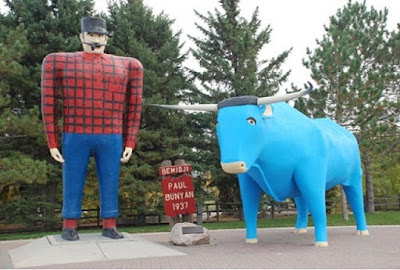 The term fakelore was coined in 1950 by American folklorist Richard M. Dorson. Dorson's examples included the fictional cowboy Pecos Bill, who was presented as a folk hero of the American West but was actually invented by the writer Edward S. O'Reilly in 1923.
Dorson also regarded Paul Bunyan as fakelore. Although the number one fakelore hero, Paul Bunyan originated as a character in traditional tales told by loggers in the Great Lakes region of North America, James Stevens, an ad writer working for the Red River Lumber Company in Minnesota, is said to have invented many of the stories about him that are known today. Others say the character originated in the oral tradition of North American loggers, and was later popularized by freelance writer William B. Laughead (1882–1958) in a 1916 promotional pamphlet for the same previously mentioned Red River Lumber Company. According to Dorson, advertisers and popularizers turned Bunyan into a "pseudo folk hero of twentieth-century mass culture" who bore little resemblance to the original.

Research does not demonstrate

whether Bunyan actually lived or was wholly mythical. [Researchers] have noted, however, that some of the older lumberjacks whom they interviewed claimed to have known him or members of his crew, and the supposed location of his grave was actually pointed out in northern Minnesota. In this regard, it should be noted that Bunyan's extreme gigantism was a later invention, and that early stories either do not mention it or, as in [one research] paper, refer to him as being about seven feet tall. Source.

Fakelore, at some level, develops from "fake news," i.e. local or regional stories that are untrue but many people are convinced what they have heard or read in social media is "real." 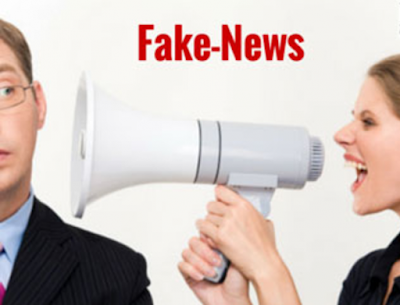 Fake news has been in the news of late, as the realization settles on the mainstream media, Facebook executives, and Twitter readers that much of what they read has little to do with reality. 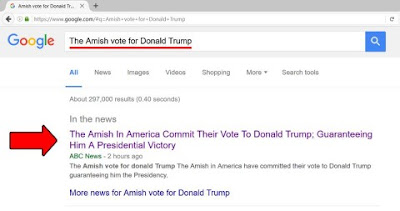 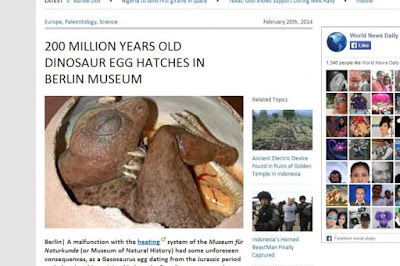 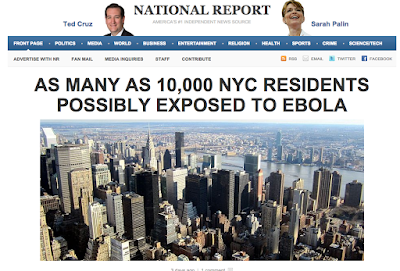 Headline stories this week speak volumes about what is occurring:

Let's look at one "fake news" story that has greatly circulated in the wake of Donald Trump's election and the anti-Trump demonstrations. It is the alleged story of anti-Trump protesters blocking an ambulance with the father of a 4-year-old girl dying. It's false, fake, and a hoax, but it's become fakelore extraordinary. 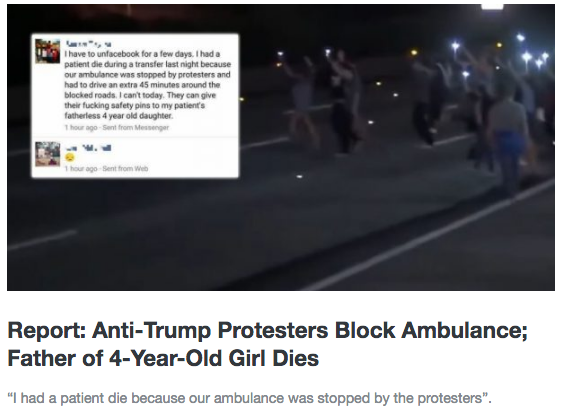 There are a half million hits on the Internet where you can read versions of the story, with most mentions of them presenting the "news" as "real."

The only problem with the "news item" is that there are no names, no locations (although various ones do pop up before another one is mentioned), no sources, and not too surprisingly, there is a short history of the same tale showing up down through the years.

Earlier in 2016, a variant on the story was tied to Black Lives Matter protestors on a bridge with a "suffering child" in an ambulance being blocked by their march. The child was reported to have died.


A rumor swirled on Facebook that a young girl died as a result of the "Black Lives Matter" protest Sunday night. That rumor is not true.
Early during Sunday's protest that stopped traffic on the Interstate 40 bridge, a car trying to take a child to St. Jude Children's Research Hospital got stuck in the traffic jam. Police worked with protesters, who let the car go through. Source.

The debunking site Snopes examined the post-Election Day fake news of the father dying because of the blocked ambulance, and


found no corresponding news reports of any such death occurring (in conjunction with anti-Trump protests or otherwise) in the United States since the 8 November 2016 election. Source.

But the protesters-blocking-ambulances fake news continues to spread, and is now part of current urban fakelore.

Could you have seen us being here, ten years ago? This is the era of post-truth.
Posted by Loren Coleman at 4:57 PM

The era of- Seig Heil- What is Bannon doing in there? Om Mani Padme Hung. 87

The fake news is made-up by the same people organizing those types of rallies because their goal has nothing to do with the issue the people are actually marching about. The goal of the people who organize these things is civil unrest. "Destabilization." These people jump in whenever they see the opportunity to divide people, or rather to take advantage of normal misunderstanding and conflict between different groups of people - racial, ethnic, political, doesn't matter to those who seek to take advantage of any "unrest" to create more unrest, division, hatred, and fear, and weakness among people, to further their own underlying revolutionary agenda. The same people who organize these things have now obviously mastered the art of using social media; isn't it obvious they are the same ones making up these fictional accounts just to further upset/enrage/divide people? you are right that we need to be wary of such stories that are completely lacking in verifiable details. We also need to be very wary of so-called "news" stories or events that are blatantly trying to play on our emotions.

Nobody's Fool' I agree. Destabilization is ever present. Keeps the sheeple unable to realize the power elite strategy.

There is is the intentional stirring up of the sheeple to keep them stimulated and focused in intended directions. If the focus is national, you can bet the shenanigans are global. If the focus is global, or outer space even, the real issue is of national significance. It's those other, seemingly minor, seemingly unrelated, NEWS stories that forecast the changes.

So, just what is FAKE NEWS? I say, the phrase is a SPELL, a CURSE on the sheeple.

The etymology of the word FAKE possibly originates in Latin, meaning 'to do'.
More recently it is connected to British prison slang to 'counterfeit', 'rob', 'swindle', which is now its common meaning.
http://www.etymonline.com/index.php?term=fake

FAKE sounds like it might be related to FAKIR, but it's not.
FAKIR or FAQUIR, from Arabic means 'needy man', and in English refers to a religious ascetic.

The SUFFIX -FIC, from Latin, means 'producing', 'making'.
FIC- used as PREFIX, gives us FICTION. Did you notice the FIX?

FOLK, from Germ/Dutch to mean 'people', 'the common people"'.

F*CK, is of unknown origin, possibly Old French a/o Old German meaning 'to beat or 'rub'. The word in English has always been considered strongly vulgar and obscene; essentially referring to sexual intercourse.

F*CK, as in the phrase, "FU", is used as a CURSE, meaning, "May you be raped".
F*CK, can also mean to interfere with in a malignant or destructive manner.

I'm of the opinion, that the MSM, ALT MEDIA, ENTER-TAIN-MANT of any kind, has the intended ability to ENTHRALL the masses.

FK news. FOLK news; people or populist news? FAKIR news; poor man news, or a SUMMONING of an Old World ascetic? Is it NEWS that interferes with the socio-econ order? Or NEWS of rape? Or the CURSE of rape?

Or do the PTB want us all to agree to a flippant "FK news!" attitude? If so, who benefits?