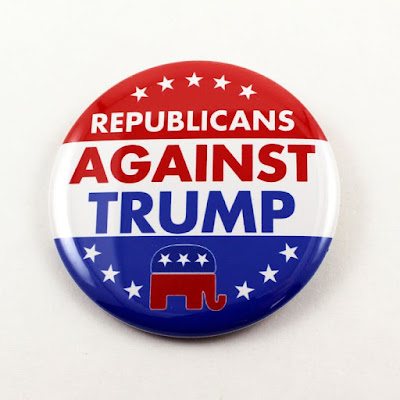 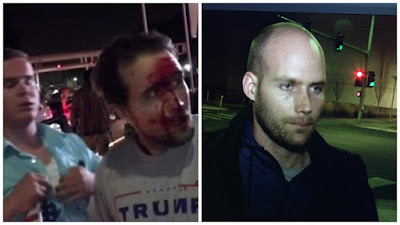 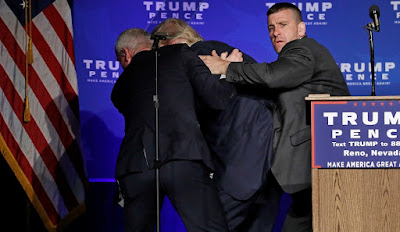 Republican presidential nominee Donald Trump was rushed off stage by Secret Service agents during a campaign rally in Reno, Nevada, on Saturday evening, November 5, 2016, after a disturbance broke out in the crowd. (Reno is Spanish for reindeer, moose. Nevada is the Spanish feminine form of covered in snow.)

This occurred on Guy Fawkes Day, an annual commemoration observed on 5 November, primarily in Great Britain. Its history begins with the events of 5 November 1605, when Guy Fawkes, a member of the Gunpowder Plot, was arrested while guarding explosives the plotters had placed beneath the House of Lords. Celebrating the fact that King James I had survived the attempt on his life, people lit bonfires around London, and months later the introduction of the Observance of 5th November Act enforced an annual public day of thanksgiving for the plot's failure.

The nature of the disturbance was unclear. But several security officials escorted a man out of the venue soon afterward.

A Homeland Security official confirms the ABC report that no gun was found. The crowd merely panicked as a man tried to raise a sign; someone shouted "gun."

As often happens at appearances of any candidate, the opposing candidate's supporters have signs. In this case, one individual, Austyn Crites, had a "Republicans Against Trump" sign. He attempted to raise it in the air, someone yelled out "gun," and this person was tackled to the ground. Reportedly he was also punched. He credits law enforcement and related personnel for saving his life.

There was no assassination attempt, and, as noted, no gun.

The man was released later. 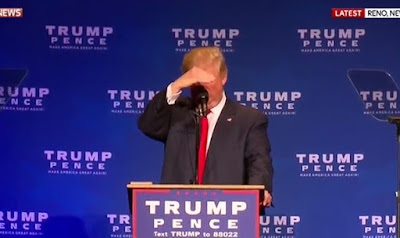 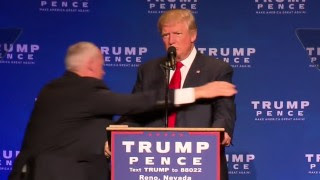 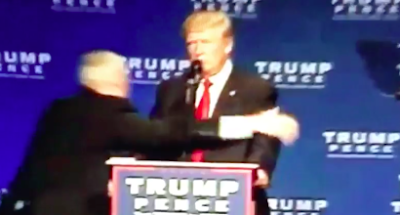 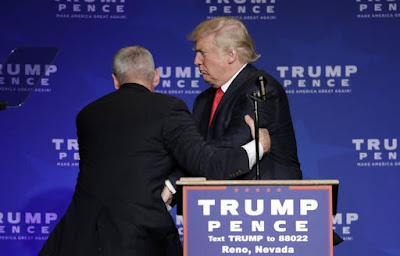 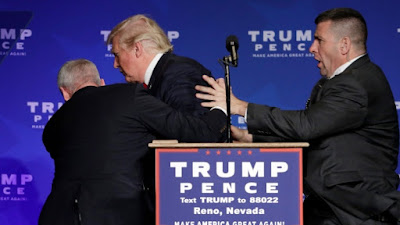 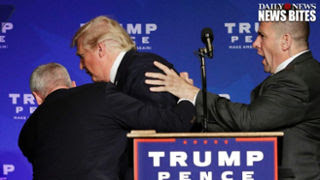 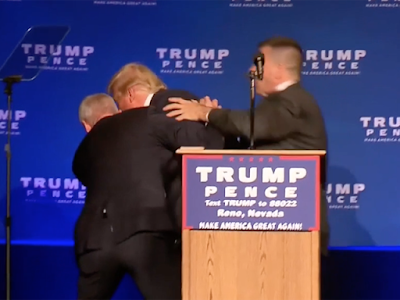 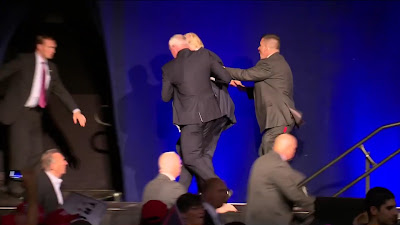 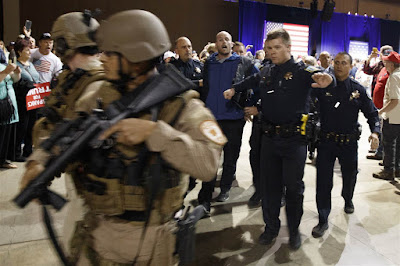 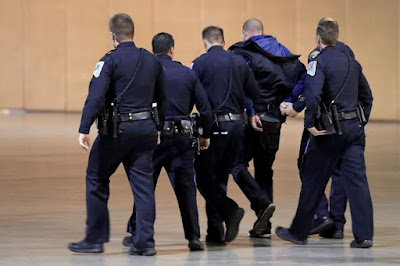 These violent delights have violent ends. 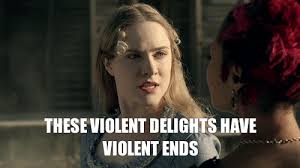