The pattern is clear. The sudden fading of the wall-to-wall coverage of the 2016 Election and the Creepy Clown epidemic has left a media void. A year of terror attacks and mass shootings is primed for school violence. Today, an incident occurred. 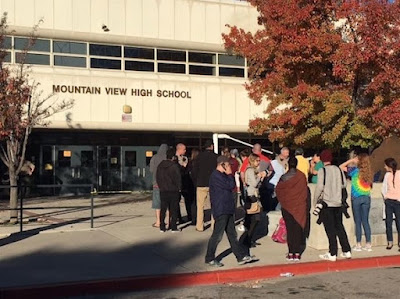 There was a mass school stabbing today at the Mountain View High School in Orem, Utah (mascot, the Bruins).

Before 8:00 am this morning of November 15, 2016, at Mountain View High School, a male 16-year old student stabbed 5 other students in the boys locker room, before stabbing himself. The suspect was apprehended by the school resource officer. All five victims and the suspect were transported to area hospitals. Injuries range from critical to fair. None are life threatening.

JoDee Sundberg, of the Alpine School District Board, said in a statement: "I am at the District office. There were 7 stabbed and the perpetrator (a young man who is a student) and not one who has been a problem, also stabbed himself. The stabbings are not life threatening but serious. The school is on a soft lock down. The district has sent a crisis team with counselors. Parents will be contacted if they want to check out their students they can do this. The superintendent has asked that the school does not just send kids home across the board. We don't want the kids to just be out on there own with out parents or crisis help. Hope this info will help."

Police said the suspect used a 3-inch-long knife to stab the victims. Officials said the student was previously home-schooled. This is his first year as a student at Mountain View High School.
The City of Orem is located on the eastern shore of Utah Lake. It borders Provo, Utah on the east and south, and is located at the base of Mount Timpanogos. The word Timpanogos comes from the Timpanogots tribe who lived in the surrounding valleys from AD 1400. The name translates as "rock" (tumpi-), and "water mouth" or "canyon" (panogos).

At one time the area was known as Sharon, a Biblical name for a mostly level strip of land running between mountains and the sea, and the name of the Vermont birth town of Joseph Smith, founder of the Latter Day Saint movement. Another former name was Provo Bench. In an apparent attempt to attract more investment to the town and provide an easy way for the large population of farmers with orchards to ship produce, in 1914 it was named after Walter C. Orem, President of the Salt Lake and Utah Railroad in the early 1900s. Orem was incorporated in 1919.

Orem uses the slogan "Family City USA." In 2010 Forbes rated it the 5th best place to raise a family. Also, Time magazine rated the Provo-Orem area as the best place to live for spiritual well-being, due to a high population of members of The Church of Jesus Christ of Latter-day Saints.

I mentioned on Twitter early this morning that today, November 15, 2016, is the 50th anniversary of the first acknowledged sightings of Mothman. I specifically talked about how the name Mothman was coined by a newspaper headline writer, not a zoologist. Most cryptozoologists who have studied the phenomenon has discussed the Mothman as a "giant owl," not a "giant insect." 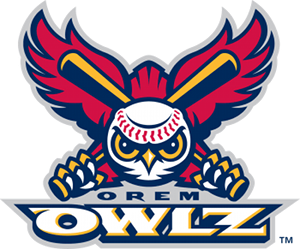 By coincidence, the Orem Owlz of the minor league baseball Pioneer League play their home games at the Utah Valley University. 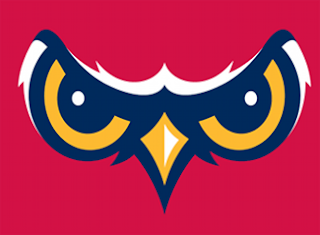 I hope all involved recover.

From a quick search, the name Orem, as a Western European name, is somewhat vague.

From Latin: mouth
The Latin syncs with the the indigenous name for water mouth canyon.

I'm thinking references to the electric owl-man AKA Mothman will become more frequent with further development of electro-gravity tech.