Dakota in Once Upon a Time in Hollywood 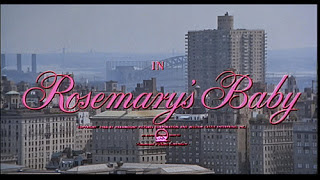 "Dakota" has become a subtle theme within Once Upon a Time in Hollywood. 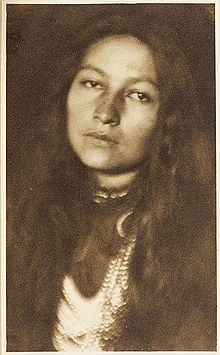 Dakota (given name) ... The name is translated to mean "friend," "friendly" or "allies" in the Yankton-Yanktonai and Santee dialects of the Dakota language.

The word Dakota means "ally" in the Dakota language, and their autonyms include Ikčé Wičhášta ("Indian people") and Dakhóta Oyáte ("Dakota people")

As Taratino's movie notes, in February 1969, Polanski and Tate decide to rent 10050 Cielo Drive, a luxury home in Benedict Canyon, an area west of Hollywood in the Santa Monica Mountains that overlooks Beverly Hills and Bel Air, in the west-central part of the Beverly Crest neighborhood of Los Angeles, bordering Beverly Hills.

Rudolph Altobelli (1929-2011), a music and film industry talent manager, bought the Cielo Drive house in the early 1960s and often rented it out. Residents included Cary Grant and Dyan Cannon (it was their honeymoon nest in 1965), Henry Fonda, George Chakiris, Mark Lindsay, Paul Revere & the Raiders, Samantha Eggar, and Olivia Hussey. Charles Manson visited the house in late 1968, when it was occupied (from May 1966 to January 1969) by couple Terry Melcher (the son of actress Doris Day) and Candice Bergen with roommate/talent-manager Roger Hart. The couple split in early 1969, with Melcher relocating to Malibu.

In February 1969, Roman Polanski and his Sharon Tate began renting the home from Altobelli. On August 8/9, 1969, the home became the scene of the murders of Tate, Wojciech Frykowski, Abigail Folger, Jay Sebring, and Steven Parent at the hands of the Manson "Family". William Garretson, Altobelli's caretaker and an acquaintance of Parent, lived in the guest house behind the main house and was unaware of the murders until the next morning, when he was taken into custody by police officers who had arrived at the scene. He was later cleared of all charges.

Altobelli moved into the house just three weeks after the murders and resided there until 1988. He sold it to Alvin Weintraub, and others rented it from him. The final resident of the original house was the musician Trent Reznor of Nine Inch Nails. Alvin Weintraub had it demolished in 1994, and construction on a new home began later that same year. A new house was constructed, with a new address, 10066 Cielo Drive. The property was on the market in August 2019, showing an estimated price of $9,665,500. 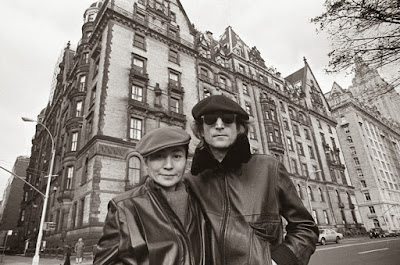 The Dakota is located at 72nd Street and Central Park West in the Upper West Side of Manhattan and was completed in 1882. This building was designed by Henry J. Hardenbergh and stands 110 feet tall with 10 floors. The Dakota houses and has housed many famous entertainers throughout the years (in many ways like 10050 Cielo Drive). One entertainer, famous musician and peace activist, John Lennon was shot four times in the entrance hallway to the Dakota and died on that spot on December 8, 1980. 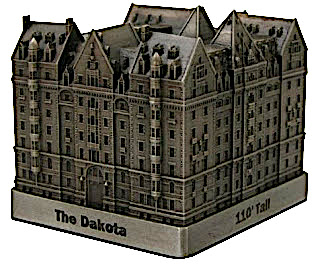 The Dakota replica is by InFocusTech. This pewter replica stands 3 inches tall and is finished with a brown stain. 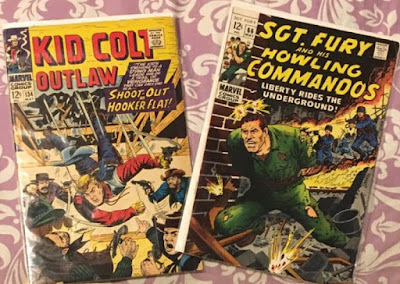 In a pan around stuntman Cliff Booth's trailer, we see his comic books, Kid Colt Outlaw and Sgt. Fury and His Howling Commandos (1963-1981). Quentin Tarantino has cited Sgt. Fury as an influence on Inglourious Basterds (2009). The main character, Sgt. Nick Fury, later became the leader of Marvel's super-spy agency, S.H.I.E.L.D. 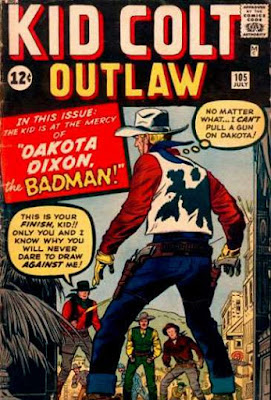 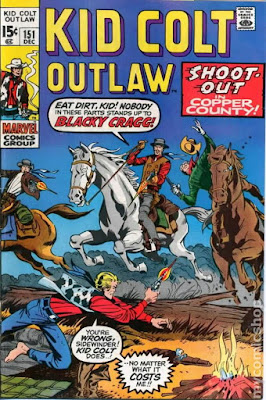 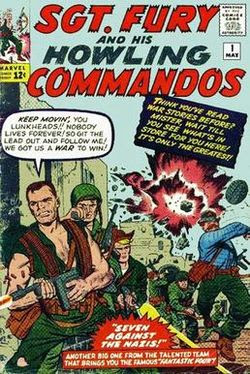 Re: the comics in Cliff’s trailer:
Kid Colt Outlaw once upon a time had as a foe Dakota Dixon.
Nick Fury secretly adopted twin sisters named North and Dakota. 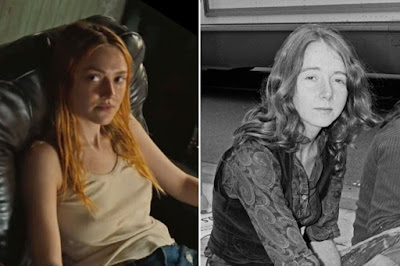 Lynette Alice "Squeaky" Fromme (born October 22, 1948) is portrayed by Dakota Fanning in Quentin Tarantino’s film Once Upon a Time in Hollywood. (Hannah Dakota Fanning was born on the 23rd of February 1994, in Conyers, Georgia. Her father named her Dakota, her mother named her Hannah. Fanning is an Anglicized form of the Gaelic Fionn, meaning "fair," and may have Norman roots from the Viking invasion of northern France. Her mother's maiden name Arrington has links to the east of England, notably Cambridgeshire. Her first word was "Momo", which was the family cat's name.)

In 1967, Fromme went to Venice Beach, California, suffering from depression. There she became a member of the "Manson family." Ranch owner George Spahn gave her the nickname "Squeaky" because of the sound that she made when he touched her. 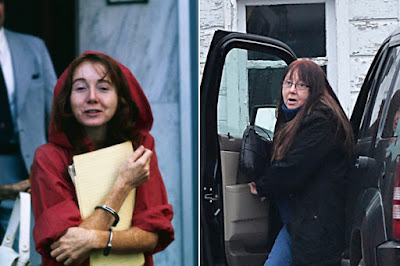 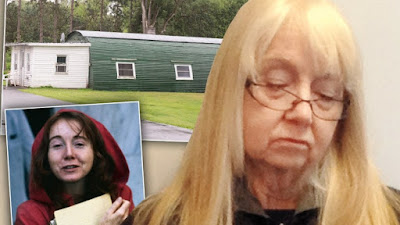 Fromme was not involved with the Tate time period killings. Six years later, she attempted to assassinate U.S. President Gerald Ford on September 5, 1975. She was sentenced to life imprisonment for the attempt, but was released on parole on August 14, 2009, after serving nearly 34 years. She lives in New York State, nowadays, with her boyfriend in a modest house "decorated with skulls," as the media puts it. Her book, which was originally over 600-pages about the Manson family, entitled Reflexion, was eventually published in 2018 by the Peasenhall Press. 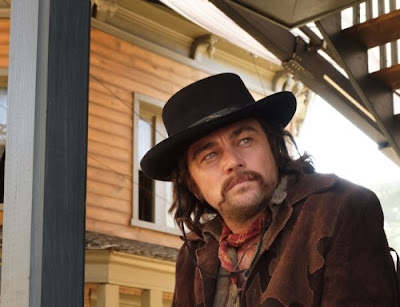 "Rick [Dalton]'s character on Lancer is named Decoteau, which he thinks is pronounced Dakota but everyone else pronounces as Daycahtoo (the French pronunciation would be closer to Decohtow)." Source.


The noble French surname Decoteau is of local origin, deriving from a geographic feature near where the initial bearer once resided. In this instance, the name is derived from the French word, "cote," which in a geographic sense, means, "by the coast."