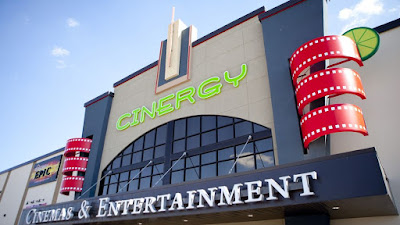 Odessa means "wrathful," and is the feminine version of Odysseus, which has taken on the connotative meaning of wandering, traveling adventure in honor of the famous voyage in Homer's epic The Odyssey.
Odysseus ~ to hate. The name Texas is derived from the word "teyshas" (meaning friends or allies), from the native American Caddo language.
Odysseus ~ hate + Texas ~ allies = Hate allies. 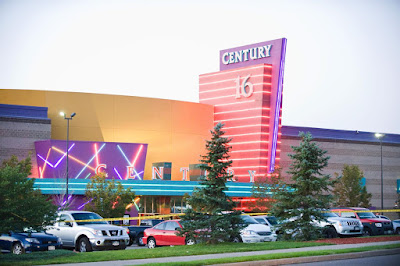 An event on another anniversary date caught my eye recently. On, July 20, 2019, the seven-year anniversary of the Aurora shooting by James “Joker” Holmes, another joker appeared. Damik A. Disdier, wearing a clown mask and wielding a prop chainsaw, led police on a bizarre low-speed chase which ended at Southern California’s synchromystic hotspot Venice Beach.
Upon arriving at the beach, Disdier abandoned his vehicle and fled on foot. In the final minutes of the surreal chase, Disdier stopped to assist someone in burying a friend in the sand. A clown appearance on July 20 already had me nervous about another coming rash of Red Dawn events, but this especially odd, seemingly symbolic behavior triggered this morbid thought: They will not be able to bury the dead quickly enough.

Enki was correct. As he wrote to me on August 31st, "so far today we have had clowns marching at a straight pride event in Boston, a mass stabbing near Lyon, and a roaming shooter in Texas. Crazy times."

August 31 turned into a day of violence.  This took place exactly 4 weeks after the two shootings in El Paso, Texas, and Dayton, Ohio. In America, it apparently began at the Twin Peaks and ended at the Cinergy!

The first the clowns, then the hints that this would be a day filled with random attacks came from France. 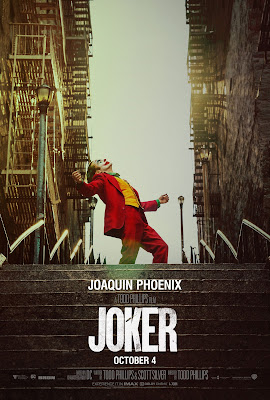 The film festival premiere of the Todd Phillips-Joaquin Phoenix version of Joker went over well on August 31, 2019.


Joker was received with an eight-minute standing ovation following its premiere at the Venice Film Festival Saturday, Variety reports.
Director-writer Todd Phillips and stars Joaquin Phoenix and Zazie Beetz were on hand for the event. During a press conference, Phillips said his drama was inspired by 1928 silent film The Man Who Laughs as well as the Martin Scorsese-directed Taxi Driver, Raging Bull and The King of Comedy, three of Scorsese’s seminal works each headlined by Joker co-star Robert De Niro.

The Straight Pride Parade occurred on Saturday, August 31, 2019, in downtown Boston, Massachusetts, and attracted counter-protesters, as well as a heavy police presence. Within the parade, according to photographs taken there, clowns were in attendance. Were they part of it, or in protest of it? 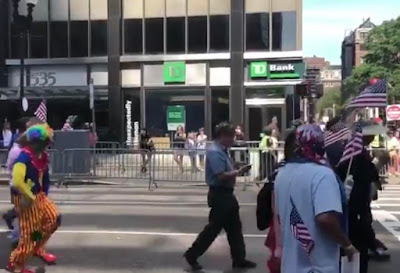 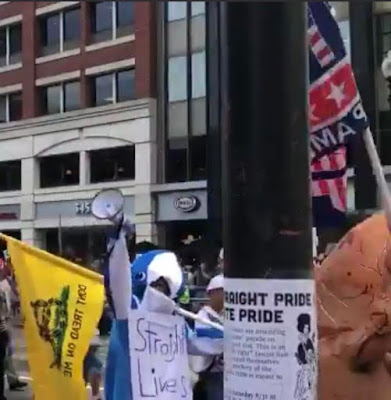 The "straight pride parade" in Boston got people so enraged by anyone who would participate, an epic trolling campaign started with people posting pictures of clowns as "participants" of the event. 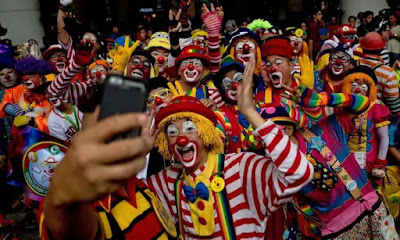 Events went downhill from there. But the clowns were at the fringes of yesterday's tragic events. Was that an indicator of things to come? 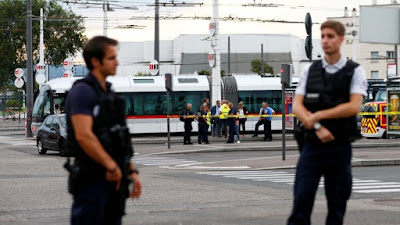 One person was killed and eight others wounded during a knife attack on people waiting for a bus near the Laurent-Bonnevay metro station in Villeurbanne near Lyon, France. Three of the eight victims were seriously wounded.
The single fatality was a 19-year-old man, Villeurbanne Mayor Jean-Paul Bret told reporters.
The assault occurred in Villeurbanne, a suburb of the southeastern city of Lyon, about 4:30 p.m.
A suspect has been taken into custody, according to Lyon Mayor Gerard Collomb. The motive for the attack is unknown. The suspected attacker is a 33-year-old asylum seeker, Sultan Marmed Niazi from Afghanistan.
(On September 9, 2018, seven people were injured, including two British tourists, during an attack by a man wielding a knife and an iron bar in northeastern Paris, police said. The assault came after a series of knife attacks in France.) 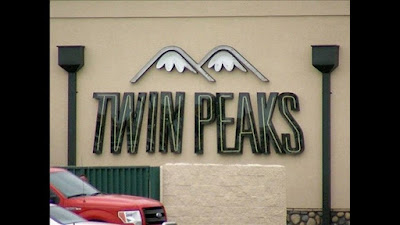 A gunman in West Texas killed seven people while firing from his vehicle and then from a hijacked mail truck. He was fatally shot by police in a gun battle in a movie theater parking lot, authorities said Saturday, August 31, 2019.
At least 21 people were injured, including some who were wounded by the shooter. Three law enforcement officers were injured: one from the Department of Public Safety, one officer from the Midland Police Department and one officer from Odessa Police Department.
The shooter was identified as a white male in his 30s. His name and a motive were not given.
The chain of events began when a Department of Public Safety officer pulled over a vehicle on an interstate highway Saturday. Reports said it began at a Twin Peaks restaurant, someone was shot outside an Olive Garden, also shootings near a Home Depot, Walmart, then at random cars on Highway 191, between Midland and Odessa. It all ended at the Cinergy movie theater in Odessa, where the gunman was shot dead. He was identified as Seth Aaron Ator, 36, of Odessa. 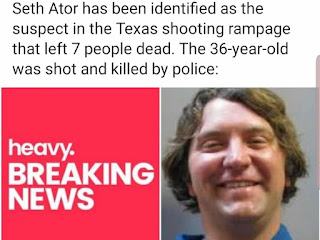 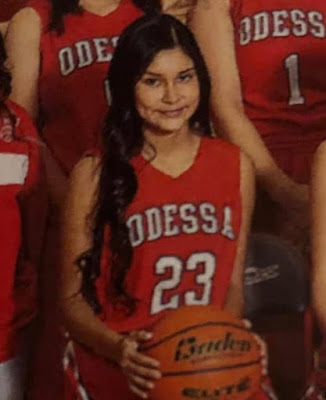 Leila Hernandez, 15, is one of at least seven people killed when a gunman hijacked a postal truck and began firing indiscriminately in the neighboring cities of Midland and Odessa, Texas. 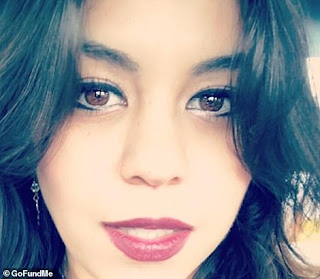 United States Postal worker Mary Granados was shot and killed when the gunman hijacked her truck. 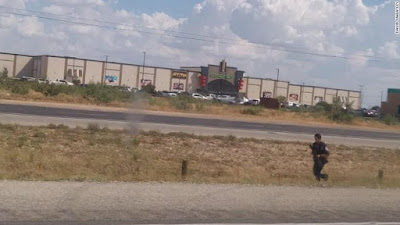 The final episode of David Lynch and Mark Frost's Twin Peaks Season Three (released two years ago on September 3, 2017) takes place partially in Odessa, Texas.  Cooper arrives at Judy's Diner in Odessa, Texas, and obtains the address of Carrie Page who resembles Laura Palmer. Cooper, believing she is Laura, drives her to Twin Peaks. He finds the Palmer house occupied by different owners. Confused, Cooper asks Carrie what year it is. Carrie hears Sarah calling Laura's name and screams. The house lights go out. The season closes with a visual callback to Laura whispering to Cooper in the Red Room. ~ sent in by various contributors. 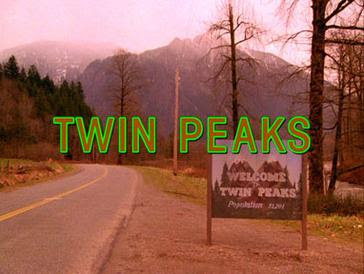 Posted by Loren Coleman at 8:50 PM

It should be noted that during these events, a strong aurora borealis-producing geomagnetic storm was taking place. Aurora…Joker…a movie theater…2012’s Red Dawn event in Aurora, Colorado synchromystically reverberates into our present time.

Colorado, meaning the color red, also my home state, is a hot bed for high-weirdness for sure.

Late Friday night, I spoke with a woman wearing a blouse with a zig-zag pattern, and I mentioned it looked like the floor of the waiting room on Twin Peaks. She then began to explain that she suspected aliens are watching us from the moon. In retrospect, I should have anticipated a Twin Peaks connection to all this.

interesting that Ator has that joker like grin in that photo. Ator reminds me of toro, bull. A provoked animal that rampages until killed.