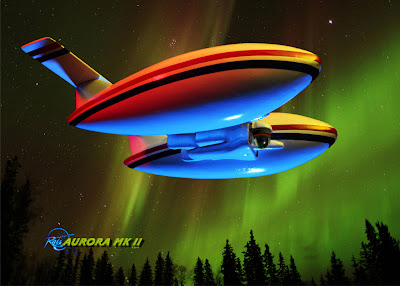 The name Aurora has come up a great deal this year, and now the moniker is being associated with Bigfoot. Bigfoot will be in the news, in general, during the next two weeks because of a milestone.

Next Saturday, October 20, 2012, is the 45th anniversary of the Patterson-Gimlin Oh-Mah/Sasquatch/Bigfoot film footage taken at Bluff Creek, California.


I will be speaking at a conference in Jefferson, Texas about that footage. Right before appearing there, my host is showing me the near-Dallas site of Aurora and the Aurora Cemetery. I've written about that recently here. 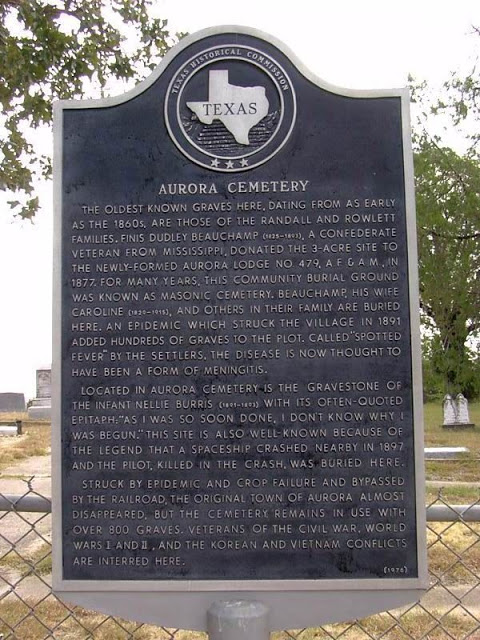 Interestingly, that old story is all about an airship in 1897.

Now a modern airship named Aurora is being employed to hunt Bigfoot. 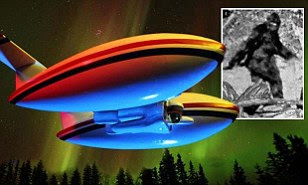 The Falcon Project (principal investigator Jeff Meldrum, Ph. D.) will conduct an extensive aerial search for populations of Sasquatch or Bigfoot, by means of an helium-filled airship, the Aurora, and use thermal-imaging and high resolution wireless videography equipment. The Aurora Mk II airship appears to offer advantages over helicopter or fixed-wing aircraft, in terms of maneuverability and stealth.

The 45-foot (13.7-meter)-long Aurora airship will be the first one of its kind, designed and built by Canadian remote-control airship company RATS (Remote Aerial Tripod Specialists) Inc. It will consist of tandem side-by-side helium-filled envelopes, joined by a gyro-stabilized carbon fiber camera platform. That catamaran-like design will help keep it from rolling from side to side, which can be a problem with traditional single-envelope airships.~ Gizmag.


With speeds of 35-45 mph, it will be able to maneuver with the degree of precision necessary to track a running or strolling Sasquatch.

Stephen Barkley is the lead designer of the Aurora Mk II.

Thanks to TB and BC.

Posted by Loren Coleman at 2:13 PM

Just down the road (practically literally!) from Aurora is Decatur, from where there have been a number of Bigfoot reports.

Also, not far from the cemetery there's a big cat sanctuary that you would get a great kick out of seeing, lots of exotic cats there.

And a bit further past Aurora is the little town of Paradise. Their football team is called the Panthers.

And, finally, a couple of years ago a local woman put together a DVD of Mothman-type sightings in the area.

Here's a link to the Paradise, TX Mothman story (Paradise being only about 10 minutes from Aurora):

Jefferson Texas itself is an odd place. back in the mid 70's there was a place just outside of town called "The Colony". A Seventh Day Adventist community. I lived there for almost 2 years and some unusual things happened. There are also at least two highly strange places within The Colony as well. A house in the deep woods with no driveways or ways to get in by vehicle. Abandoned but left as if people just disappeared. And an abandoned mining company or something like that with very rusted but current (for the 70's) equipment.