A Novel Death: The Second Oswald? 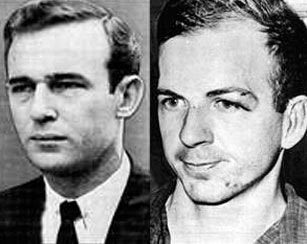 Gordon Novel was, to some, the perfect spy, the Second Oswald.

From Assassinations and Waco, Area 51 to Watergate,
one shadowy person always seemed to be in the middle. 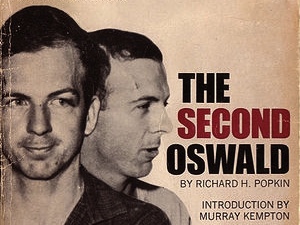 
The era of the "second man" lives on, even in these times of Aurora. It all began, in earnest, in the run up to the assassination of John F. Kennedy - and perhaps by a man named Gordon Novel.

Has there ever been a figure who found himself in the middle of so many conspiracies and strange topics?


Gordon Novel was born in New Orleans in 1938. According to Alan J. Weberman (in Coup D'Etat in America): "In his youth, Gordon Novel belonged to a neo-Nazi group and was arrested and charged with bombing a Metairie, Louisiana, theater that admitted blacks". In the early 1960s Novel ran an electronics firm which specialized in selling equipment used for bugging.

It was claimed by Jim Garrison that Novel was formerly a member of the Central Intelligence Agency and was an associate of Sergio Arcacha Smith, David Ferrie and Guy Banister. It was also reported that Novel worked with the Cuban Revolutionary Front during the Bay of Pigs operation via the CIA proprietary, the Evergreen Advertising Agency.
According to William Torbitt Novel had been seen by a Dallas attorney having meetings with Jack Ruby and William Seymour in the Carousel Club during October and November, 1963. Another author, Paris Flammonde (in The Kennedy Conspiracy), claims that Novel was questioned on five separate occasions following the assassination of John F. Kennedy.
Jim Garrison discovered that Sergio Arcacha Smith, David Ferrie and Guy Banister had been involved in a CIA operation to pick up "war material" for the Bay of Pigs attack at from the Schlumberger Well Company. Garrison subpoenaed Novel but he fled to Ohio. However, James Rhodes, the Governor of Ohio, refused to extradite him unless Garrison agreed not to question him on the assassination.
A few weeks after Novel fled from New Orleans a woman cleaning his old apartment found a penciled draft of a letter wedged under a plastic cover alongside the kitchen. The letter was addressed to a Mr. Weiss. This letter was passed to Jim Garrison who concluded that it was a letter to Novel's CIA contact. "I took the liberty of writing you direct and apprising you of current situation, expecting you to forward this through appropriate channels. Our connection and activity of that period involves individuals presently about to be indicted as conspirators in Garrison's investigation."
Novel also said in the letter: "We have temporarily avoided one subpoena not to reveal Double Chek activities or associate them with this mess. We want out of this thing before Thursday 3/67. Our attorneys have been told to expect another subpoena to appear and testify on this matter. The fifth amendment and/or immunity (and) legal tactics will not suffice." Alan J. Weberman has pointed out that E. Howard Hunt worked for Double Chek in Miami.
In an article in Ramparts Magazine, William Turner claims that Novel admitted that the pick up at the Schlumberger Well Company was one of "the most patriotic burglaries in history." Novel is also said to have confessed that on the day the munitions were picked up, he "was called by his CIA contact and told to join a group which was ordered to transport munitions from the bunker to New Orleans."
In 1974 Jack Anderson reported that as a result of Watergate break-in, Charles Colson asked Novel to build a "degaussing gun" to erase tapes stored at the CIA and the White House that would incriminate Richard Nixon.
In an interview in 2006 Novel rejected the claims that he was a CIA agent: "I’m not a CIA agent. I’m affiliated, I work with, and we have a mutual admiration society based upon my relationship with the individuals I work with.... The CIA has multiple sides but it’s been my experience over the years that they’re basically the only good guys in the entire United States government. They’re really patriots. Most of ‘em are patriots and I’ve never known... I personally have never known them to do anything criminal, ever. And they didn’t kill John Kennedy and they didn’t kill a lot of people that they’ve been accused of causing the death of but I don’t know that to be true. So I can tell you that my experience with ‘em has been like dealing with Eagle Scouts." Source.

Novel has been involved in the UFO research community. After physicist Bob Lazar went public with his claims of having back engineered flying saucers at Area 51, Novel showed up at Las Vegas, eager to meet with Lazar. Novel was interested in the mechanics of alleged anti-gravity devices....Source.

Here is the statement from his son (without photos):


Dear All,
My Dad passed away last night [October 4, 2012] in his sleep at a rest home in Los Angeles around 3:00am.
He was 74 years young...
I will be making funeral arrangements with my older sister Spirit.
We will likely hold the funeral and have him cremated in Los Angeles, then take his remains to be buried next to his Mother in Florida.
I will let you all know when we have finalized his funeral plans and please feel free to contact me if you have any questions.
Attached is are couple of photos of Dad under a purple tree here in Thailand on the beach of Koh Chang (Elephant Island) and also playing with a Dog.
This day in Thailand was the happiest day I ever seen my Dad in my life and he told me many times later it was one of the happiest days of his life.
Dad would not have wanted to been lying in the hospital much longer than what he was, so his time has come to pass.
Thank you all for being his close friends.
Please forward this email to anyone that I missed and let them know I apologize for not ccing them.
Sincerely,
Sur Novel 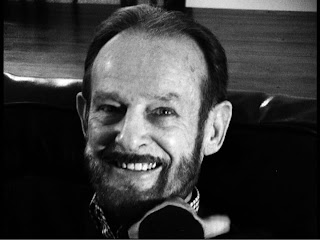 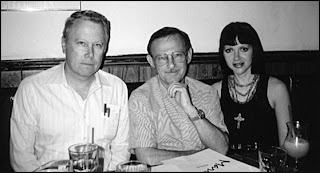 Col. John Alexander is a retired military officer with unusual interests, including remote viewing and spoon bending. He is also an expert on non-lethal weapons , is allegedly a member of the MJ-12 "aviary" as the"Penguin, " and is said to have taught Neuro-Linguistic Programming to Al Gore. Gordon Novel, however, is probably more interesting. He has involved himself, over the years, in Jim Garrison's investigation into the JFK assassination, the Watergate affair, the John DeLorean affair,the Waco investigation, and the Michael Jackson case. Source. 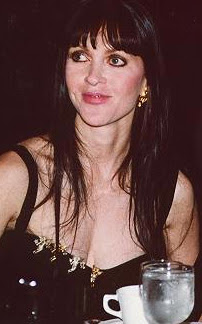 Right before I left Las Vegas for Tibet, our good friend Gordon Novel called about his March meeting with Michael Jackson. Gordon, notoriously misidentified as “The Second Oswald” and “The Umbrella Man” in a famous assassination (regardless of what conspiracy theorists claim, Gordon denies being in Dallas that day). ~ Victoria Alexander, The Devil's Hammer.

Posted by Loren Coleman at 4:57 PM

Very interesting post! I met Novel once - at Ryan Wood's UFO Crash Retrieval conference in, I think, 09 (or maybe 08).

If that photo right at the top of your post is Gordon Novel,then it is also weird that he could double for Kevin Costner as well.
Kevin Costner also played the roll of Jim Garrison in Stone's movie JFK.

Rumour Has It...that Costner will play the roll in an upcoming movie
"Three Days to Kill" of a
" Secret Service agent(Ethan Runner), who discovers that he’s dying. Shocked by the news, he decides to retire to spend more time reconnecting with his estranged family.
But Runner is then offered an experimental drug that could save his life – provided he takes one last assignment. Soon he finds himself juggling his family, the job and the drug’s disturbing, mind-altering side effects. "

Loren, I'm just curious. Why did you single out John Alexander's wife Victoria for a single picture? Nothing in particular was mentioned about her in the article.

She reminds me not a little of Lynn Picknett, who I mentioned in the previous article to this one.

John Alexander's wife Victoria Alexander is the author of the final quote in this obit.

Oh yes, I see the quote now. I didn't notice her name.

Well...now it's the CIA and spies everywhere I'll be seeing. I just received this email (no url given):

Respond to this video...

as Ahmadinejad's cameraman defected to U.S.

in New York with film of Iran's secret nuke

Who knows if it can be believed or not, or if it has been manufactured by the CIA itself. One wants to believe in at least the CIA, but these days everything seems to be manufactured -- including the recent presidential 'debate', without substance (as usual).

OKAY. OKAY. Didn't I just say it, that I'll be seeing spies everywhere now? Believe it or not, I JUST RECEIVED this email about Adele's being chosen to sing the song for the movie "Skyfall", and it includes a link to the video with lyrics:

" CRN® OCT 5 2012-For those that have not watched or heard the new 007 theme song for SKYFALL, I recommend you do so. Adele sings it superbly well. But as always, TPTB embed their silly little codes in order to hardwire the subconcious of the mind-controlled sheeple.

" Here is the link to the video with lyrics. My analysis and possible interpretation of which is below.
http://www.youtube.com/watch?v=7HKoqNJtMTQ&feature=player_embedded "

The analysis the email poster mentions, has to do with Biblical themes with a winding up of every Christian NWO conspiracy idea out there, so I doubt if anyone here would be interested.

But didn't I just say it? Now it's spies/CIA everywhere.

Interesting tidbit, supposedly Victoria is a St. Claire (of Da Vinci Code fame) and her sister is married to General Michael Aquino, an ex-Green Beret who helped Anton LaVey start the Church of Satan, and split from him and started the Temple of SET. And of course a long list of other odious deeds.

Anonymity is a way to hide stupidity. Victoria and Lilith are not related in any way, nor a St. Clair. But I'm sure Michael will appreciate the multiple promotions.

I protest the clarification.Anonymous is giving us well-deserved infamy. And one can never have enough infamy for the myth. Lilith and I are members in good standing of the Sisterhood. Victoria

As a teenager, I knew Gordon Novel and his wife Abby (mulligan) Novel. Gordon was an associate aka friend of my father Jack Prentice. At the time Gordon and Abby lived on S.Hamilton Rd. In Whitehall Ohio. Gordon spent a lot of time at our house working on "projects" with my father. I hated Gordon because he would steal my lipstick tube lids so he and my father could build their bugging devices in them. They would make these little circuits and put them in the lids and fill them with epoxy. Later they would test them for distance etc. Anyway after My father and Gordon went to the Watergate hotel to do their bugging thing, I didn't see much of Gordon after that. Abby was a wonderful and kind person. I miss her to this day. There are many things I know about Gordon Novel but hey, who would believe me?