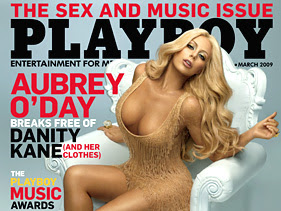 The Seahawks After Party at Munchbar Bellevue (in Washington State) was the site of a multiple shooting at 1:00 am, early morning Christmas Eve Day, December 24, 2012.

This occurred following the victory of the NFL's Seahawks professional football team vs the San Francisco 49ers, 42 to 13, clinching the Seahawks' berth in the playoffs.

One individual was reported dead, with, at least, three others injured. Rumors are circulating that another fatality has occurred.

All the Seahawks players there, reportedly, were said to be safe.

+++
Update: Bellevue Police have identified 19 year-old, Ja’mari Alexander Alan Jones as a suspect and obtained a warrant for his arrest. The shooter remains at-large, and is believed to be armed and dangerous, according to the Bellevue Reporter.

++++
A main source of inside-the-party events were first picked up by the media from the tweets of Aubrey Morgan O'Day (b. February 11, 1984). The former Playboy Playmate, and reality television and shorts performer (The Aubrey O'Day Show, All About Aubrey, Celebrity Apprentice, Making the Band 3 + 4, Ed Hardy Boyz 2: The Case of When That Hot Filipina Girl Lost Her Tramp Stamp at Mini-Golf, and others) was there with the Seahawks to celebrate.

It is intriguing in the days of Twitter, this social media exchange became a detailed reference point for the incident.

O'Day's tweets (@AubreyODay) moved from her descriptions of "dancing on tables in Hawks VIP" in a "Niners jersey" to the horror of the shooting.


never been n a situation like that. Every1 was screaming on the floor, we had to crawl out the kitchen. Sea, someone tell me what happened?
++
Shit is crazy. I'm telling you. Everyone was on the floor. People got shot. WTF.
++
Seriously ppl just got shot n front of me. We hit the ground, never been in a situation like this. For real. Seattle, what's going on?!
++
So sad.

Beside the Seahawks there, O'Day tweeted:


there as well as some WSU football players

O'Day said security got her out. As she describes, most people dived to the floored, and then crawled out through the kitchen. Others tweeting her told of a man on the ground, with "blood everywhere."

Update: A 30-year-year old Seattle man was said to be killed and other man wounded. The suspect escaped among the crowd of 600 at the Seahawks festive event. 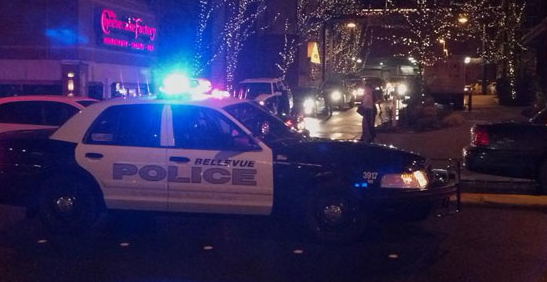 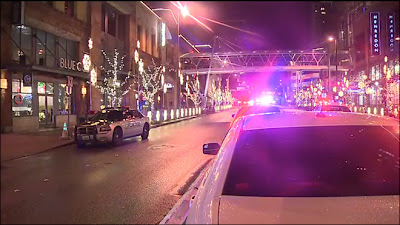 Munchbar is a chain. Here's what the one in Las Vegas promotes as package experience: 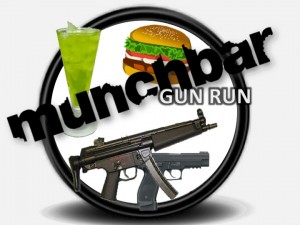 *Guns subject to availability
Start your adventure on the gun range at Machine Guns Vegas, where you’ll fire the HK MP5, made famous by Her Majesty’s Secret Air Service, and the Sig P226, designed for the U.S. Army and carried by U.S. Navy SEALs.

You’ll be hungry from concentrating on targets as you send rounds down range, so we’ll take you over to Munchbar at Ceasar’s Palace, where you’ll dine on the best burgers in Las Vegas. Munchbar is located next to the Sports Bar and Pure Night Club in Caesars Palace, and combines culinary creativity and high-caliber ingredients with wholesome comfort food in an electric atmosphere.

Note: Some bloggers are incorrectly spelling the Bellevue bar/restaurant/music hotspot as "Munch Bar." Technically, it's name is"Munchbar Bellevue," and it adjoins the Mirror. The Munchbar is known locally as a regular gathering site for the Seahawks.

More details will be updated as this story develop.
Posted by Loren Coleman at 7:45 AM

Wouldn't it be wonderful to start the new era by stripping the NRA of its undeserved power?