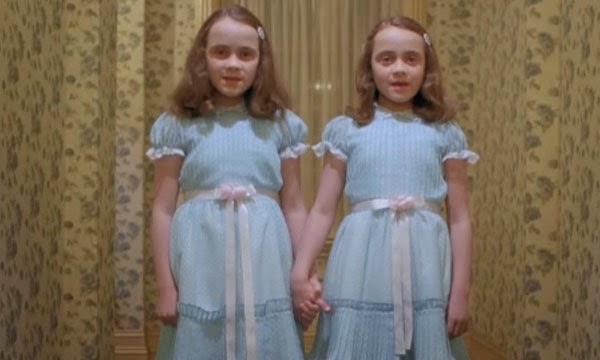 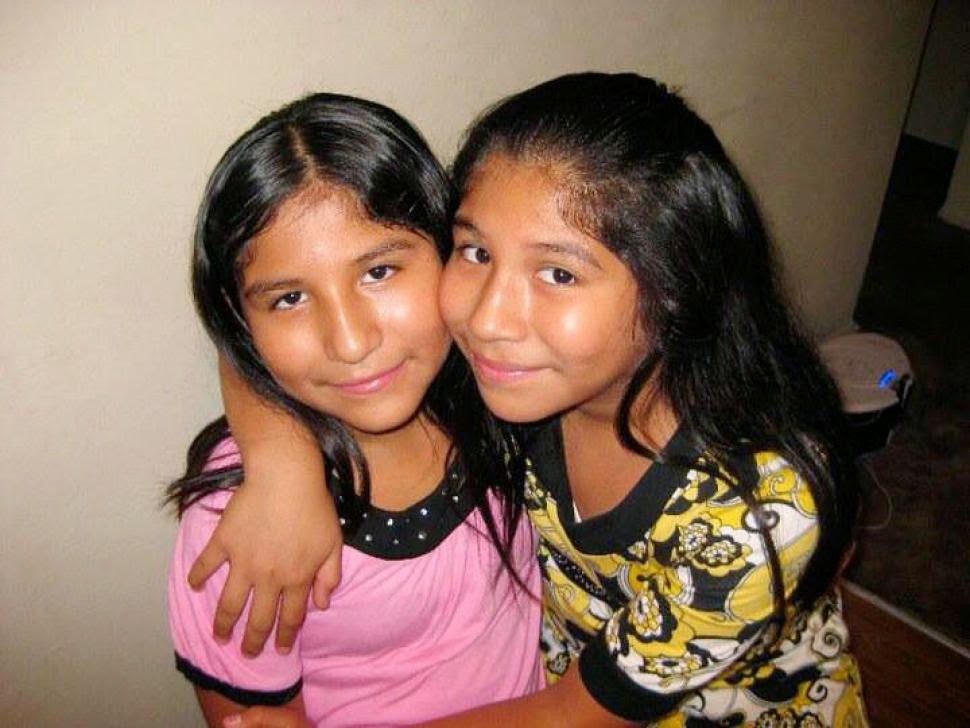 They couldn't afford costumes, so 13-year-old Lexandra Perez wore only face paint and her twin sister Lexi wore regular clothes when they dashed out the front door of the Fairhaven Apartments on Halloween. They carried orange plastic pumpkins. LA Times.


Santa Ana (named for Saint Anne, "holy grace," the mother of Mary and grandmother of Jesus)

Twin sisters Lexandra and Lexi Perez, 13, along with their friend, Andrea Gonzalez also 13, were killed on Halloween night by a hit-and-run driver. They were trick-or-treating in Santa Ana, Orange County, California.  The three girls had on black leggings and dark clothing. They were struck by a sports utility vehicle while in the crosswalk on Fairhaven Street on Friday evening in Santa Ana, about 35 miles (55 km) south of Los Angeles.

Gonzalez means "son of Gonzalo," with Gonzalo from gundis ("war") combined with salve/salvo. Also, from Visigoth origins, it means "son of battle genius" or "son of war elf."

Neighbors said the 13-year-old Perez twins always walked together. Lourdes Castrejon, 46, who knew them for years, said they were sweet and well-mannered, always saying "good day" in English and Spanish. "I saw them grow up," she said. "They looked just like the Virgin of Guadalupe." LA Times.

On Sunday, police made multiple arrests in connection with the hit-and-run killing of the girls. Police launched a search for the occupants of the vehicle, a Honda CR-V, which sped away from the scene. The SUV was later found abandoned at a nearby strip mall with damage to its front end, Santa Ana police said. Sources: 1, 2. 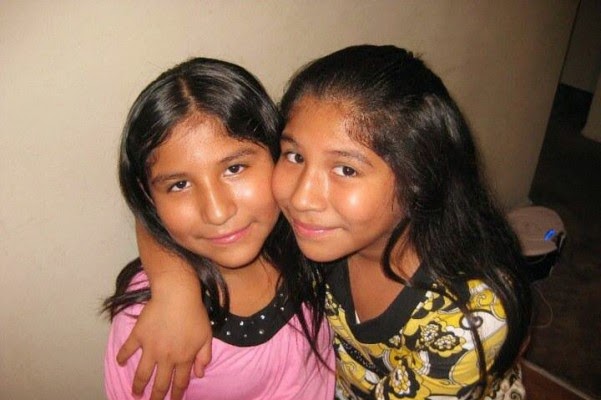 The Bell name game again. As Enki passes along, a suspect has been arrested in the killings of these three 13-year-olds. 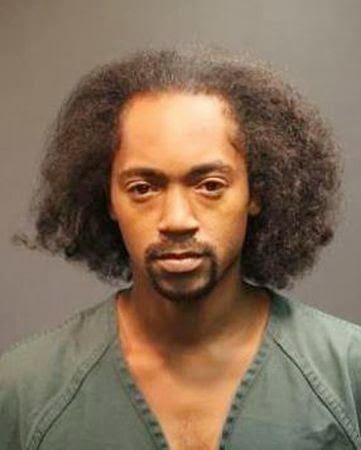 Some 10 miles away from Santa Ana, in Irvine, on West Yale Loop near Burwood Street, about 30 minutes after the girls were hit, John Alcorn, 65, (an attorney at Wilner and O'Reilly) was trick-or-treating with his 4-year-old son (who was wearing a Captain America costume). The calm, leafy Woodbridge neighborhood has been plagued by speeding cars in recent years. A Mazda struck them. Alcorn was killed; his son was rushed to a trauma center, where he was in critical condition. Alcorn derives from the Scottish/Old English Alchorn, a personal name + literally "horn," but used in a transferred sense to describe a projecting spur of a hill; hence "Alca's hill." Alchorne, begat, Alhorne, Alhorn, Aldcorn, Alcorn. Source.

Vancouver (Dutch: "the place where cows ford the river")

Also on Halloween, authorities in Vancouver, Washington, said two 7-year-old girls and a 20-year-old woman sustained life-threatening injuries when they were hit by a car while trick-or-treating in Vancouver. It occurred at Northeast 112th Avenue near Northeast 39th Street. There are two adult victims, a 30-year-old female, Chelina Alsten, and a 32-year-old female, Annie Arnold, and two juvenile victims, a 7-year-old girl Cadence Boyer, and another girl. The 32-year-old woman is the mother of the 7-year-old, and the other two victims are friends of the family and are not related. Cadence Boyer is in a coma.

"Cadence was their little princess. She was born on 07/07/07. She's 7-years-old. She's most likely not going to see 8," family friend Sean McNamee said. "She was the light of their life." Source. 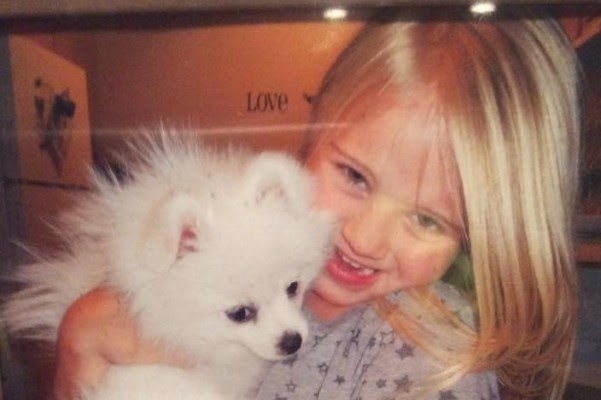 The fund for the Boyers can be found here. There is a wealth of information on the significance of the number 777. See here. And you are wondering why I'm watching out for November 7th?

Greece (named after Graecus, the son of the god Zeus and Pandora II, whose maternal grandmother was Pandora of the famed pithos/storage jar, which was mistranslated into "box")

At Greece, New York, a three-year-old boy dressed as Spiderman was killed and a 16-year-old girl was seriously injured Halloween night when they were hit by a minivan as they began trick-or-treating. The car struck the children as they crossing two-lane Latta Road in Greece about 9:40 p.m., police said. Police say Tayvier Granderson died shortly after being hit. The teenager, Nicole Moore, was taken to a hospital with serious injuries. They said the driver is cooperating in the investigation and has not been charged. Source. 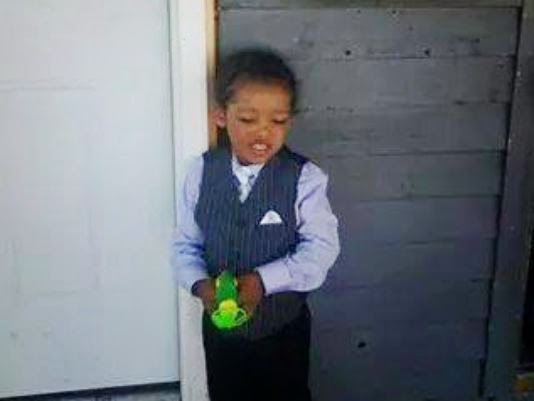 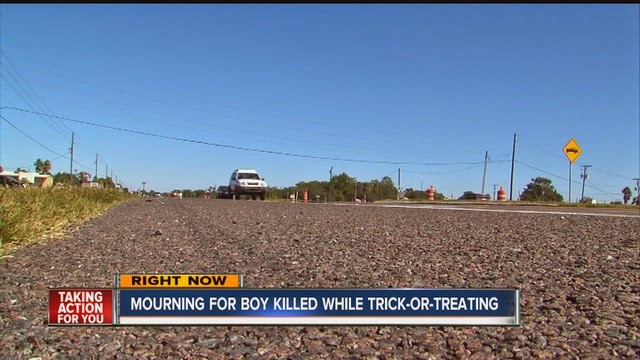 In Lake Wales, Polk County, Florida, Dohntae Vasquez, 2, was killed when trick-or-treating with his grandmother and a family friend, David Heidler and his two kids. Dohntae was in a stroller with two other children when Heidler, who was pushing them across a street realized he had dropped his cell phone. The man stopped the stroller in the median and told the children to stay while he retrieved the phone. Dohntae got out of the stroller, darted across U.S. 27 to his grandmother on the curb, and was hit by a citrus worker bus. (Vasquez appears to be from seventh-century Basque "bela," meaning crow, and the diminutive suffix "sko," suggesting someone fierce. Vasquez = savage, brutal crow, blackbird.) Source. 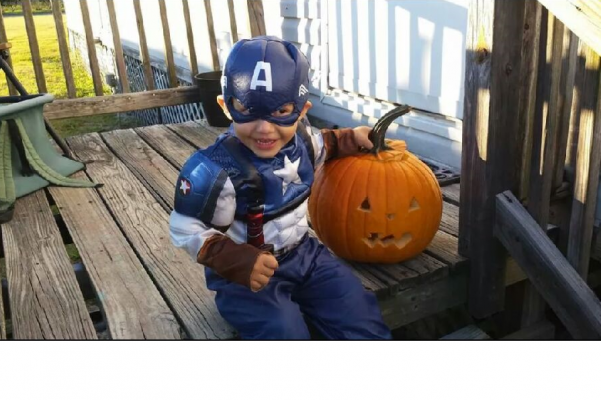 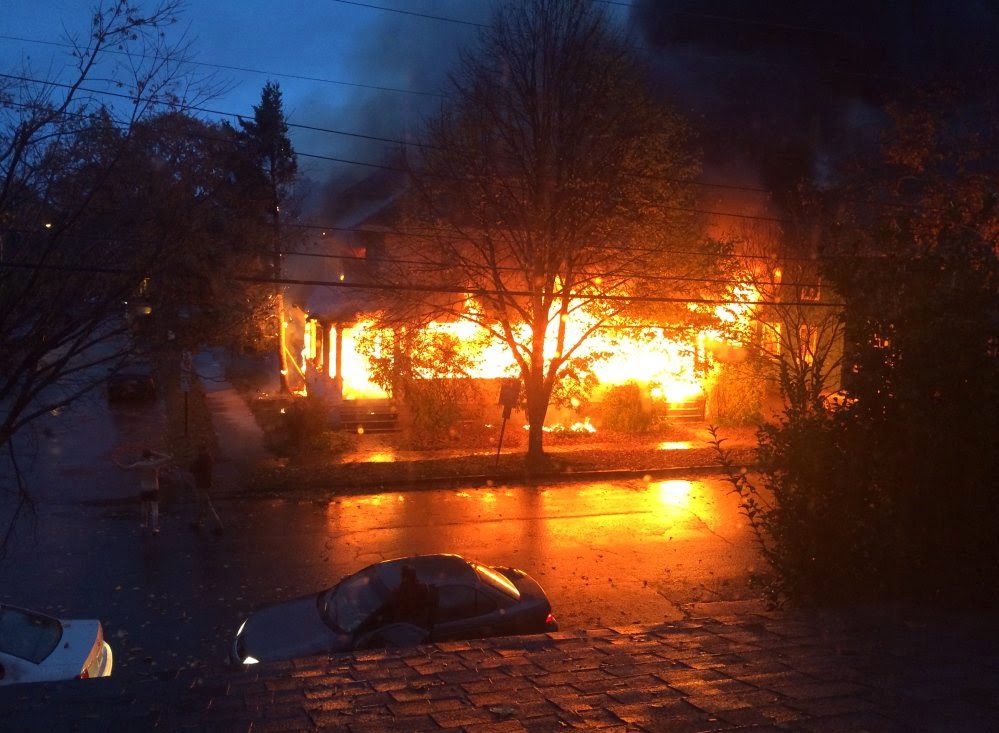 Portland, Cumberland County, Maine, awoke the day after October 31, 2014, to news that a house, which was full of young people from a Halloween party, had caught on fire. The blaze broke out shortly after 7 a.m. Saturday in the apartment house. There were six tenants at 20 Noyes Street, and all five who died lived there, authorities said. It is located near other apartments full of University of Southern Maine students, but it turned out now of the victims were current students. 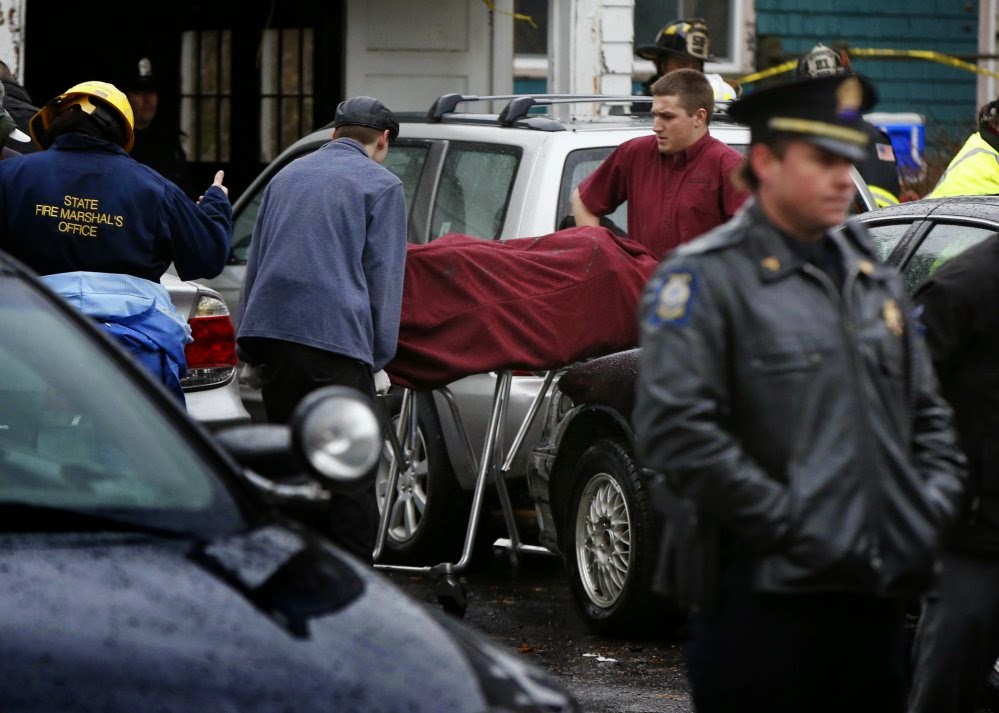 The last body was not found until Saturday afternoon. 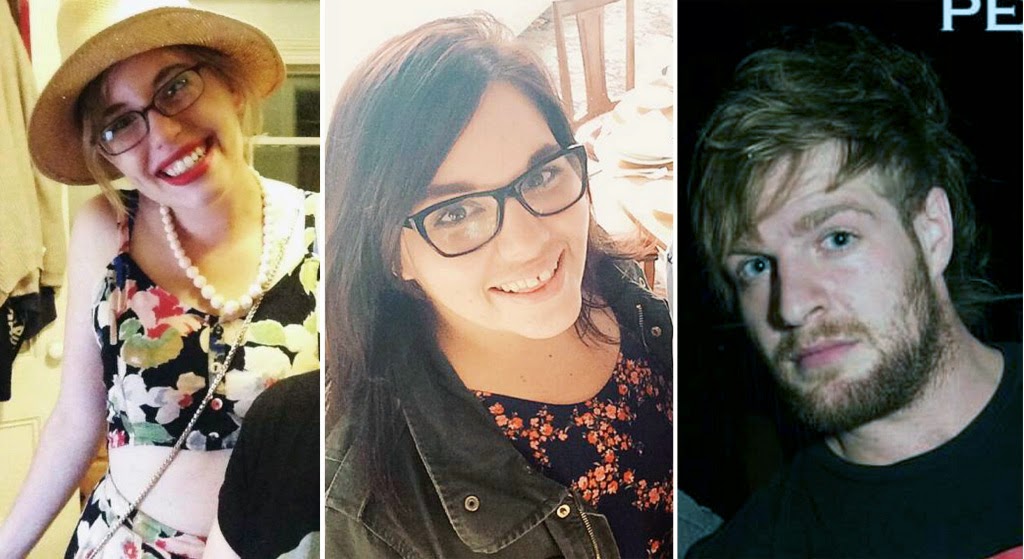 Three of the five have been identified: Nikki Finlay, Ashley Thomas and David Bragdon Jr. 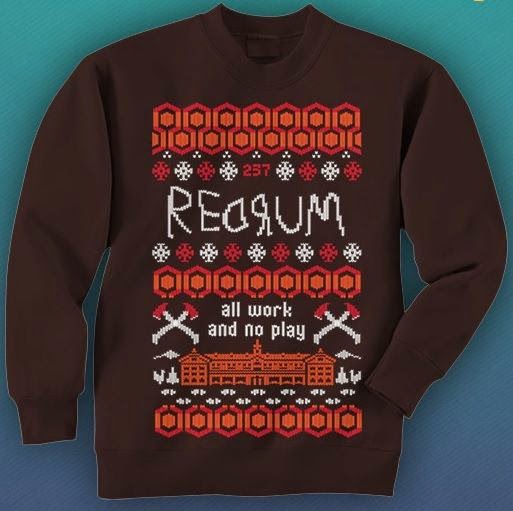 In the realm of "I thought it was a Halloween prank" or some such, we have these 2014 stories: 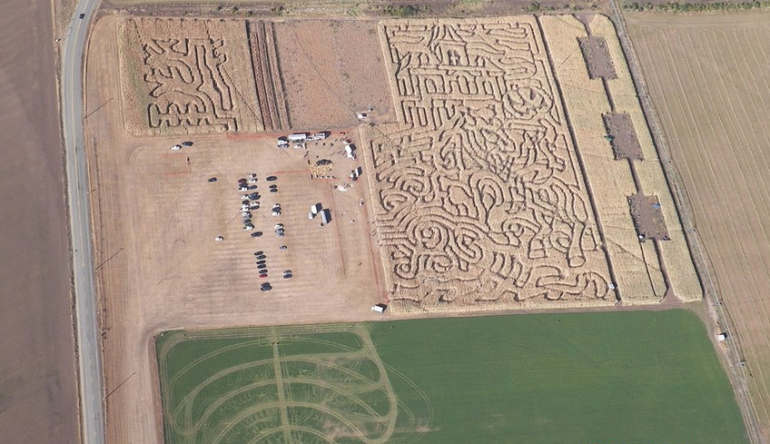 A night of scary fun at an Halloween attraction turned deadly Friday when a teenage employee playing a zombie died in an accident. The 18-year-old employee of the Incredible Corn Maze in Hauser, Idaho, was run over by a bus ferrying paintball-gunning customers, officials say.
The corn maze’s customers paid to shoot employees dressed as zombies on the “Zombie Slayer Bus Ride.” 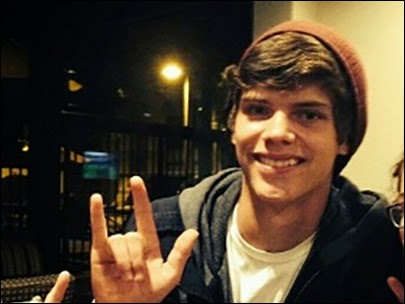 Jeremy T. McSpadden Jr. of Spokane Valley, Washington, was dressed as a zombie as he ran toward the bus and fell.
He was run over by the rear passenger wheel and likely died “instantly,” officials said. The cornfield’s uneven terrain caused the bus to rock and shake so no one immediately noticed McSpadden had died.
“Many of the patrons believed it was just part of the ride,” the Kootenai County Sheriff’s Office said. Read more here. 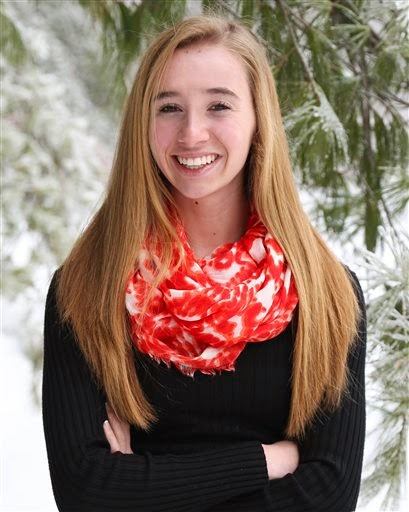 A Halloween-themed hayride loaded with riders crashed down a hill in the Maine woods and slammed into a tree, fatally injuring a teenage girl [Cassidy Charette, 17, of Oakland, Maine] and leaving more than 20 other people hurt....The accident occurred during the Gauntlet Haunted Night Ride at Harvest Hill Farm in Mechanic Falls, Maine, about 25 miles southwest of Augusta. The farm, which also features the popular daytime attraction Pumpkin Land, remains closed while police investigate. More.

Police said Derek Ward, 35, killed his 66-year-old mother Patricia Ward in their Long Island, New York, apartment before walking into the path of an oncoming commuter train. Neighbors witnessed the horrific scene as Ward reportedly dragged his mother's decapitated body into the street on Tuesday night in Farmingdale, about 35 miles east of New York City. Witnesses told local media that they initially thought it was a macabre Halloween prank. More.

RED RUM was a famous racehorse which won the Grand National 3 times in the UK.

His sire QuoRUM and dam MaRED gave him his name

He was trained by Ginger McCain.