In examining the meaning behind the painting, K Shabi says in "Edward Hopper Nighthawks Diner Painting Meaning & Film Noir Analysis" that the 1942 Nighthawks shares much with its like bird-named 1941 precursor, The Maltese Falcon. It is a scene from "black film" frozen in time. 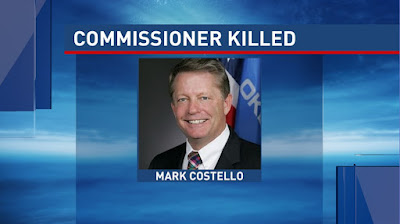 This morning Red Dirt Report editor Andrew W. Griffin alerted me to a unique stabbing at a Braum's restaurant in Oklahoma City. I was immediately struck by the hauntingly long-distance similarity between the late Sunday night crime photograph and Nighthawks. 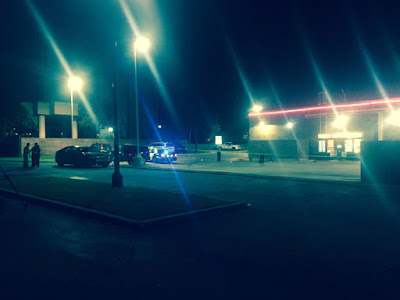 According to the artist, the diner in Nighthawks is based off a real restaurant in Hopper's New York Greenwich Village neighborhood at an intersection “where two streets meet.” In stark contrast with the dark streets outside, the harsh florescent light illuminating the inside of the diner just became popular in the early 1940s, when Nighthawks was painted. In fact, diner culture itself did not take off until the late 1920s in the US, allowing night owls and insomniacs like the characters in Hopper's painting a place to relax and chat, escaping the lonely city outside for a while. ~ K Shabi 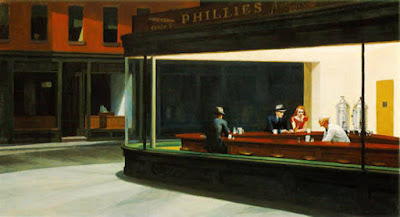 The Oklahoma Labor Commissioner Mark Costello, who was at Braum's for a late meeting on August 23, 2015, with his son Christian Erin Costello, 26, was allegedly stabbed to death by his son, according to Tim Farley's piece. Reports said the elder Costello suffered four stab wounds, including one to his head after he fled the ice cream parlor and eatery by foot. 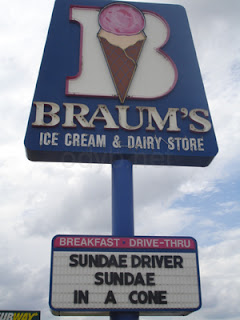 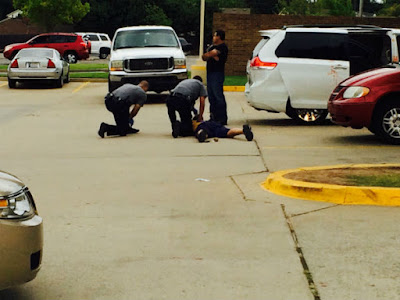 "Costello’s son, who had a reported history of mental illness, appeared at the Braum’s with a knife and stabbed his father who was trying to make amends in a relationship that had fallen apart," wrote Farley. 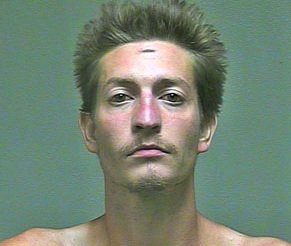 Digging a bit, I came across a weird note in the young man's past. In October of 2014, Christian Costello, 26, was arrested after he was accused of exposing himself around 4 p.m. to people at St. Eugene's School in The Village, Oklahoma.

"Officers with The Village Police Department said when they found Costello, he was chewing on bird feathers, dandelions and other weeds," reported News9.

While the name "Costello" may sound Italian, most of the time it is Irish in origin, from "Son of Oisdealbhaigh," meaning "resembling a deer or fawn."

Posted by Loren Coleman at 9:40 AM

As I told Loren in an email, when I received a call about the stabbing last night from my reporter Tim Farley, I was in the middle of watching the first episode of "Kolchak: The Night Stalker" on DVD. This episode has Kolchak looking into the stabbing deaths of women in Milwaukee and Chicago by a "Jack the Ripper" character. So, to get a call about a stabbing death as I'm watching a show where people are stabbed to death was a bit eerie.

Nighthawks was also used in one instance of Family Guy...maybe something there as it has proved "preductive" so many times.