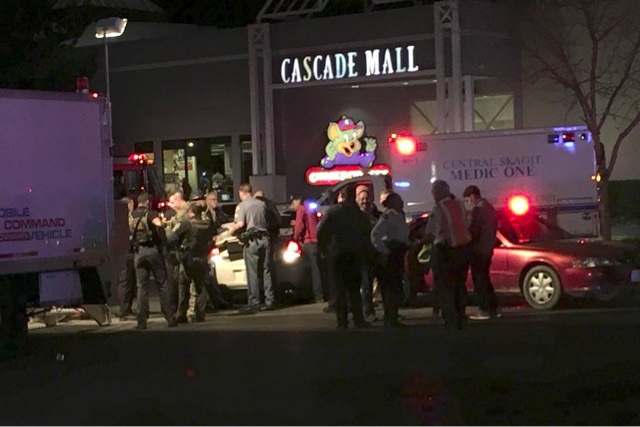 Two mass attacks - one a mass stabbing and the other a mass shooting - have taken place within a week in two separate shopping malls' Macy's.

On September 23, 2016, at around 7:00 p.m., an allegedly "Hispanic appearing" man carrying a rifle entered the Macy's at the Cascade Mall, Burlington, Washington State. He opened fire, resulting in the eventual deaths of four women and one man. He was not captured or shot.

The suspect is still at large. 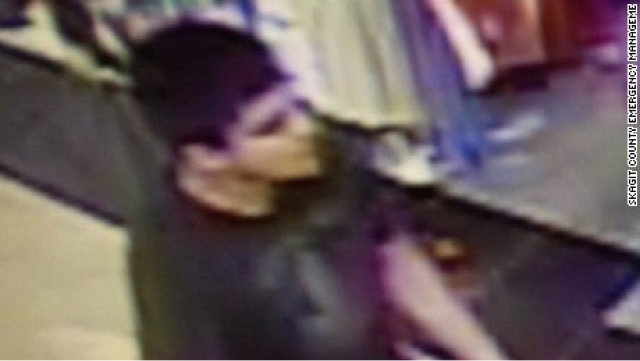 On September 17, 2016, a mass stabbing occurred at the Crossroads Center shopping mall in St. Cloud, Minnesota. Ten people were injured, and the attacker was shot dead inside the mall by an off-duty law enforcement officer.

At about 8:15 on the evening of September 17, an individual began stabbing patrons inside the Crossroads Center shopping mall. Before the spree ended, ten people were injured, three of whom were hospitalized with non-life-threatening wounds. Reports said the attacker made references to Allah and asked at least one person if they were Muslim.shot aThe attacker was shot and killed inside the mall's Macy's store by Jason Falconer, an off-duty police officer from nearby Avon, Minnesota.

The attacker was identified as Dahir A. Adan, age 22, a member of St. Cloud's Somali-American community who was born in Kenya and moved to the U.S. at the age of two. Adan was described by a community spokesman as having no record of violence, and as a good student throughout his educational career at Apollo High School. He had last attended St. Cloud State University in the spring of 2016. 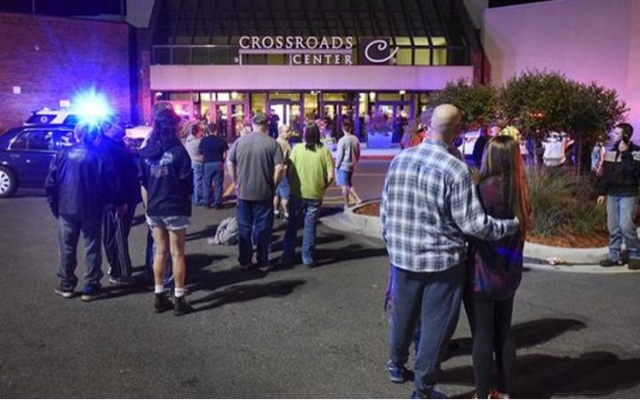 Posted by Loren Coleman at 4:53 AM

The flagship Macy's store in NYC was built in 1902 and is located on West 34th St and 7th Ave. West 34th St. from 6th Avenue to the Hudson River is the Northern boundary of the Chelsea district/neighborhood in Manhattan.
https://en.wikipedia.org/wiki/Macy%27s

Another TL landmark on the Northern Chelsea boundary is the New Yorker Hotel, located a thousand feet West of Macy's on 34th St. and 8th Ave. where Nikola Tesla lived for the last 10 years of his life, dying there in 1943.

I actually stayed in that hotel for a few days in 2006 and visited Tesla's room – well, OK, not his room, but the room-number on his door: 3327. In 2009, a plaque was finally placed on that door to add to the plaque on street level placed there in 2001 on the 34th St. side of the hotel, facing South toward the Chelsea district.

Here is a Tesla Society page on the New Yorker Hotel.
http://www.teslasociety.com/hotelnewyorkerroom.htm

Suspect still on the loose. Could have driven south on I-5 and may now be in Oregon or even California.
May even have an accomplice who was waiting for him on the shoulder of I-5 north.

I wondered, at first, why Macy's? It seemed rather random. (In the case of the first incident, of course.) But after thinking about it, it made sense from the perspective of symbolism.

I noted that there were several stores of interest at the Crossroads Center in St. Cloud, Minnesota. Aeropostale and Rue 21, of course, sound French, and there have been several notable terrorist incidents in France of late. There's a store called Almost Famous Body Piercing (ironic, with the stabbing, eh?) near the Target store (hit the target?), and the Piercing Pagoda, as well as Final Cut Sports Barber Shop, MasterCuts, and Great Clips haircut places. Patriotically, the mall has American Eagle Outfitters (America, and it's famous symbol!), an AT&T store (formerly American Telephone and Telegraph), and Yankee Candle. Earthbound Trading Company seems to suggest flat earth thinking, don't go to space, no other dimensions (for those who might believe in aliens or ultraterrestrials, like John Keel). The accused stabber went to Apollo High School, and their teams are the Eagles; there is an NASA Apollo spacecraft mockup outside, used by frogmen for splashdown training. And there's a PACSUN store; Apollo, in Greek mythology, was the Sun God and god of archery. Before this incident, the most famous graduate was screenwriter and director Stephen Summers, famous for The Mummy and GI Joe. The mall is owned by GGP Properties.

At the Cascade Mall, there's an AMC Cineplex Odeon theatre. AMC stands for American Multi-Cinema, and an odeon was an ancient Greek and Roman building for singing, music, poetry... And, of course, Apollo was the god of music and poetry.... The mall also has an American Eagle Outfitters, Eagle Furniture, a Great Clips, a New York and Company (tying back to the Chelsea bombing in NYC earlier this week), the Paris Miki Optical-Lens Lab (France again!), a Spirit Halloween store, a Target, and a Tokyo Stop & Sushi (perhaps referencing the Tokyo subway attack 11 years ago; there are Subway stores at both Cascade Mall and Crossroads Center).

I live in Portland, Oregon, and I thought back to the Clackamas Town Center shooting in December, 2012. That mall is one I visit occasionally. The shooting took place in the food court, not too far from a Macy's---but he apparently came in THROUGH the Macy's entrance! The shooter once worked at a gyro restaurant in downtown Portland; gyro's are Greek food and there was a gyro place there years ago when the mall first opened. The mall is owned by GGP, also. Store names of interest here are Aeropostale, All-American Frozen Yogurt, American Eagle Outfitters, AT&T, Master Cuts, PACSUN, Piercing Pagoda, a Subway, a US Bank, a White House Black Market, and a Yankee Candle.

But why Macy's? Well...for decades, they have sponsored the very famous Thanksgiving Day parade. A big American symbol, and the turkey was considered for our national bird by no less than Ben Franklin, before the eagle was chosen.

"They described his demeanour when apprehended as "zombie like," and said he was unarmed."

A somewhat provocative description in these MK Ultrad times.

The man has been identified as Arcan Cetin , born in Turkey, which PDXWiz has picked up on via Macy's Thanksgiving symbolism.

Cesta reminds me of Seska, a character on Star Trek: Voyager who was a member of a group of freedom fighters (or terrorists, depending on one' perspective) called the Maquis, named after the French Resistance in World War II. She eventually turned out to be a double agent, then became a triple agent. Star Trek, I have come to realize, is FULL of Twilight Language. The captain in the first pilot was Pike, a Trek bad guy in historical wars before Earth was unified was a Colonel Green, a guest officer in The Next Generation was a Lt. Logan, and so on. One could write a whole series of blog entries about Trek and Twilight Language. For example, in a later episode of Voyager after the Seska storyline, that crew visited a planet where the only survivors of a disaster were in suspended animation.... controlled by a very creepy clown. (And I saw that episode long before I read a copy of Loren's Mysterious America and first found out about the Phantom Clowns!)

A news report about the shooting mentions:
"Joanne Burkholder,19, of nearby Mount Vernon was watching the movie The Magnificent Seven in the mall's theatre when security guards came in and told them to evacuate immediately..."

Back in 2008, there was a Greyhound bus beheading event when Vince Weiguang Li decapitated and cannibalized a victim on a Canadian bus. Initial news reports from that event reported that the movie "Zorro" was playing on the bus as the attack happened. It tends to feel like signaling/Twilight Language when news reports mention the seemingly extraneous details of specific films that are linked to these emotionally charged events. Why not simply report that Joanne B. was watching "a movie"? Now I have "The Magnificent Seven" in mind...

Despite the FBI's assertion that 'terrorism is not suspected' as a motive, actually if you visit the shooter's Tumblr accounts, you find that he posted in favour of ISIS, was a devout Islamist, admired Abu Bakr Al-Baghdadi, and admired serial-killers Ted Bundy and Ed Gein.