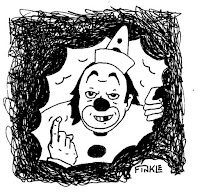 There has been a new Phantom Clown sighting, in a new location. This time it was in Spartanburg, South Carolina. 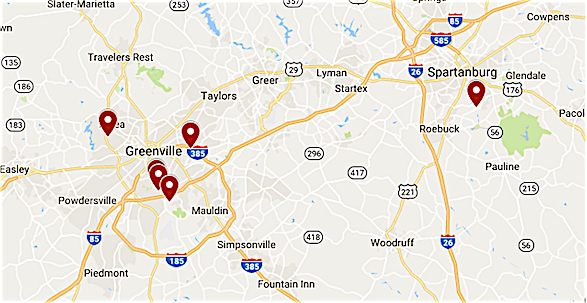 There has been another clown sighting. This time in Spartanburg.
Police responded to a suspicious person call last night [August 31, 2016] around 10:25 at Canaan Pointe Apartments.
The caller said the person was dressed as a clown and was standing in her backyard.
She said she took a picture of the clown and he ran away.
Police say the photo was too dark to make out an image.
Police weren’t able to find the clown.
They say they will continue to follow up on this incident and encourage anyone that may have seen a suspicious person in the area to contact them.
This is the first sighting in Spartanburg. There have been 4 more in Greenville. Source.


Other recent sightings have been in Greenville, South Carolina (noted on above map) and in Columbus, Ohio.


Thanks to Enki King for the latest news tip.
Thanks to Andy Finkle, once again, for the new illustration, at top.

Posted by Loren Coleman at 2:55 AM

And now, the clown meme goes viral and sweeps the world! Well, the virtual world anyway. (Not that there's any difference between the virtual and so-called "real world" but I may be just clowning around)

I wonder if we're not dealing with some stupid frat prank. It's that time of year. Clemson is less than a n hour away, and there are numerous colleges around the area.

However, this comment by the Greenville SC Police Chief is quite intriguing:

Miller added that the incidents may be some sort of viral marketing for “31,” and upcoming movie about killer clowns from heavy metal rocker Rob Zombie.

The movie premiered at Sundance back in January, however, it was released to theaters nationwide on September 1, which timing seems suspiciously coincident with the current outbreak of creepy clown sightings.

Might it also be a mockery of the Copycat Effect?