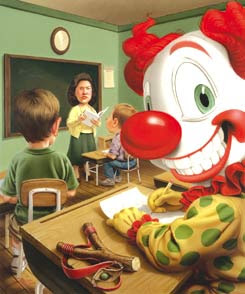 Long before Ahmad Rahami became notorious as the suspect in this weekend’s bombings in and around New York, his family was known in Elizabeth, New Jersey, for frequent skirmishes with neighbors over its fried chicken restaurant. 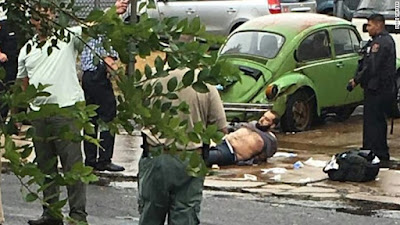 Rahami, a 28-year-old naturalized U.S. citizen who was born in Afghanistan, had a few other brushes with the law on his own, records show.
Described as a “class clown” by a high school classmate, he studied criminal justice before dropping out of a community college. Source. 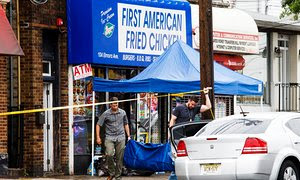 Posted by Loren Coleman at 6:57 PM

Fresh off his "Most Dangerous Faggot" college campus tour, gay conservative provocateur Milo Yiannopolis is interviewed in OUT Magazine and portrayed as a sinister clown.
http://www.out.com/out-exclusives/2016/9/21/send-clown-internet-supervillain-milo-doesnt-care-you-hate-him

The backlash against the interview from the leftist and LGBT community
http://www.mediaite.com/online/backlash-grows-over-out-magazines-decision-to-feature-milo-yiannopoulos/

shows that they actually despise Milo more than they despise Rahami the Class Clown.

Creepy Clowns now involving FBI and Homeland Security as terror threats! A month before the "Disharmonic Convergence" of Halloween and Election Day 2016.

Creepy clowns cause sheriff to consult with FBI and Homeland Security