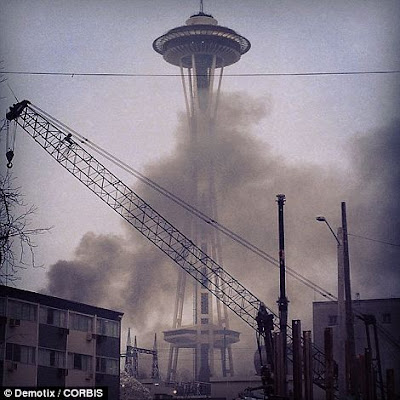 
As many of you may know, the Interweb, especially some conspiracy sites, are filled with "311" and "3/11" signs, including "3/11/17" attacks being predicted for Seattle, Las Vegas, or London. Variants on the theme have foreseen a terrorist event, a false flag incident, or an earthquake/tsunami happening on Saturday, March 11, 2017.

The "false flag" tone and anti-Semitism claims underlying some of the "predictions" should alert us that various groups may use this timing as a smokescreen to action, misguided as it may be.

WHY IS THE JOYOUS JEWISH HOLDIAY OF PURIM SO SIGNIFICANT IN BOTH GULF WAR I AND GULF WAR II? 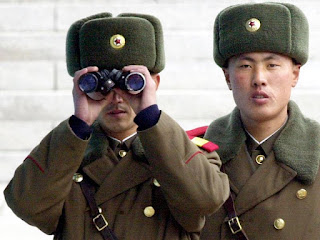 Seattle would be the 'ultimate and strategic target' for North Korea
By Bill Radke, Matt Martin
“It is very likely by the end of Mr. Trump's first term, the North Koreans will be able to reach Seattle.” —...


“Except for Washington, D.C., we’re the best target they could have,” Ellings said.
“We, the shining city on the hill, with all these amazing companies,” he said. “We have Boeing, one of the most critical defense contractors. We have Joint Base Lewis-McChord, whose main purpose down there, I-Corps, is to reinforce the peninsula the Korean Peninsula in the case of invasion. We are the ultimate strategic and symbolic target.

Why is Seattle called the Emerald City?

Emerald City syncs this all back to Oz.

Ozian legend says that The Beast Forever has taken many forms over the years, sometimes coming as a great fire, most recently as a terrible flood that wiped out most of the city of Ev; but no one knew what form it would take this time. Supposedly the twister that ripped open the sky and brought Dorothy Gale to Oz was the first sign of the Beast's coming. The Wizard assumed The Beast Forever was Glinda and the army she was amassing in the North against him. So which was it: witches, or Dorothy herself?
Neither, as it turns out. In the end, The Beast Forever was revealed to be a peripheral character we'd met only briefly before: the flayed man locked in the Prison Of The Abject by Mistress East. Given that said Prison was used for punishing people who disobeyed the Wizard's ban on magic, Dorothy probably should have been a bit more careful before freeing everyone there in her search for someone who could awaken the Stone Giants. In an unexpected twist, our heroine was the one responsible for unleashing The Beast Forever, perhaps dooming everyone in Oz.
So who is the mysterious flayed man? According to NBC, the character is credited as Roquat, and a quick perusal of Baum's Oz lore will reveal that he isn't an original creation for the TV show — in fact, while The Wicked Witch Of The West may be Baum's most famous villain courtesy of Margaret Hamilton's iconic performance, Roquat is Baum's most significant and recurring villain throughout his many Oz books.
Roquat is another name for the Gnome King of the OZ books.
Nome King - Wikipedia

What Is "The Beast Forever" On 'Emerald City'? The Finale Introduced Oz's Biggest Threat

Earthquake experts on ‘The Really Big One’: Here’s what will actually happen in Seattle


Often the anniversary syndrome is at work, as the copycat effect hits locations based on remembered dates and events. What has happened on March 11ths in the past?

222 – Emperor Elagabalus is assassinated, along with his mother, Julia Soaemias, by the Praetorian Guard during a revolt. Their mutilated bodies are dragged through the streets of Rome before being thrown into the Tiber.

1861 – American Civil War: The Constitution of the Confederate States of America is adopted.

1888 – The Great Blizzard of 1888 begins along the eastern seaboard of the United States, shutting down commerce and killing more than 400.

1918 – The first case of Spanish flu occurs, the start of a devastating worldwide pandemic.

1978 – Coastal Road massacre: At least 37 are killed and more than 70 are wounded when Fatah hijack an Israeli bus, prompting Israel's Operation Litani. 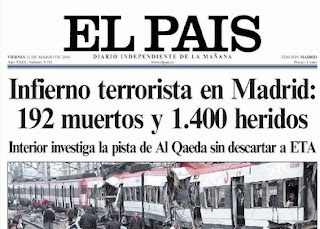 2009 – Winnenden school shooting: Sixteen are killed and 11 are injured before recent-graduate Tim Kretschmer shoots and kills himself, leading to tightened weapons restrictions in Germany.

2011 – An earthquake measuring 9.0 in magnitude strikes 130 km (81 mi) east of Sendai, Japan, triggering a tsunami killing thousands of people. This event also triggered the second largest nuclear accident in history, and one of only two events to be classified as a Level 7 on the International Nuclear Event Scale.

2012 – A U.S. soldier kills 16 civilians in the Panjwayi District of Afghanistan near Kandahar.

Thanks to S.L. for the suggestion.

Posted by Loren Coleman at 3:11 PM

So odd. Again, the mock photo of the Sky Needle prompted me to visualize the implosion of that odd shaped Las Vegas casino, used in "Mars Attacks!" movie. Maybe means nothing, I dunno Loren, senses running in overtime of late.

wow interesting timing. The mariners just returned the trident which was removed because the "upside down trident is bad luck"....

Also the man who is credited with naming Seattle the emerald city passed away in January....

So i looked up the article again and he also coined "march madness"...

"Walsh eventually grew weary of sports agentry and morphed into an events promoter, scoring his first major achievement when he brought the 1984 NCAA Final Four to the Kingdome. Largely through the promotional efforts of Walsh and his company, Bob Walsh and Associates, the phrase “March Madness” was coined. Two more Final Fours, in 1989 and 1995, followed.

Seattle is the “Emerald City” largely because of Walsh. In the late 1980s, the Seattle Convention and Visitor’s Bureau held a contest to re-brand Seattle, then the “Queen City,” into something hipper. The Bureau ran a public contest seeking new names and the winning entry, ironically submitted by a California resident, was “Emerald City.”

After the moniker flopped locally (the Seattle Post-Intelligencer ran editorials opposing it), the Bureau hired Walsh and Associates to turn around public opinion.

Walsh sought out contacts in the National Football League and at Sports Illustrated and convinced them to always refer to Seattle as “Emerald City” on their broadcasts and in print, which they did. Then Walsh created what became the hugely popular Emerald City Marathon footrace, and that sealed the deal. Seattle has been the “Emerald City” since."
http://sportspressnw.com/2229380/2017/seattle-entrepreneur-bob-walsh-1940-2017