Anniversaries are strong indicators of possible future copycat behavior, including of acts of violence. But what should be expected and what should not?

On March 29, 845, Paris was sacked by Viking raiders, probably under Ragnar Lodbrok, who collected a huge ransom in exchange for leaving.

But there are probably no Vikings around in 2017, who wish to recall this date to justify a new attack against Paris.

Other recent events, however, may show up via current anniversary events.

On March 29, 2010, two suicide bombers hit the Moscow Metro system at the peak of the morning rush hour, killing 40.

Today's news are not over but one strange story caused some concern this morning to law enforcement authorities and the media.

A female is in custody after apparently attempting to strike a Capitol Police cruiser and run over other officers during a traffic stop near the U.S. Botanic Garden, on March 29, 2017. 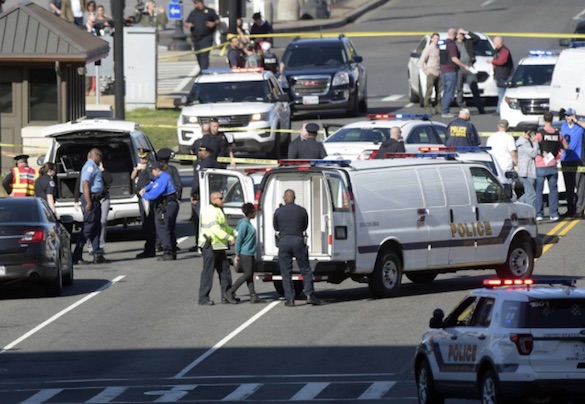 The driver is taken into custody.


The incident, which happened about 9:30 a.m. Wednesday, sparked a heavy police response. At one point, police fired a weapon but no one was struck, but media reported a window of the car being driven was broken out.

Capitol Police spokeswoman Eva Malecki said the incident, near the 100 block of Independence Avenue, began as a traffic stop after police spotted a car driving erratically.

My question: What was her name?
Posted by Loren Coleman at 12:33 PM