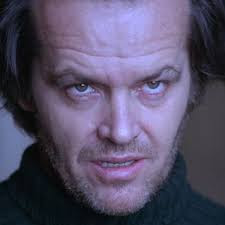 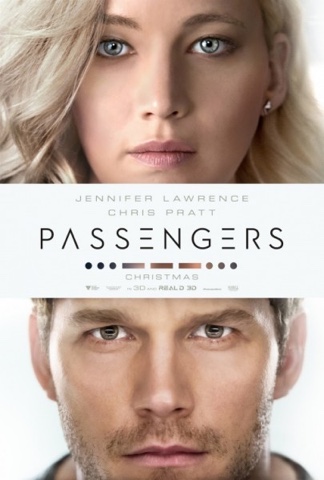 The 2016 movie Passengers, directed by Morten Tyldum and written by Jon Spaihts, contains a segment that gives a huge nod to Stanley Kubrick's 1980 film The Shining, which was inspired by Stephen King's novel of the same name. 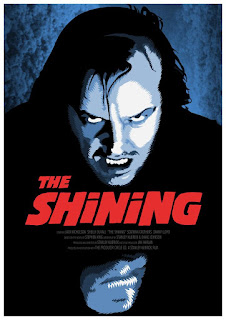 It was the Gold Room bar scene. 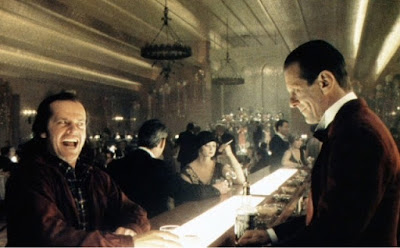 You remember it? Jack Nicholson plays Jack Torrance who is being waited on by Joe Turkel, who plays the bartender Lloyd. Lloyd also gives Jack advice.


In Passengers, Michael Sheen plays the bartender Arthur, who serves Chris Pratt, who plays Jim Preston, with drinks and counsel. 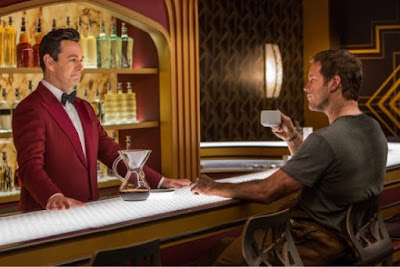 Turkel is best known for his roles as Lloyd, the ghostly bartender, in The Shining (1980), and Dr. Eldon Tyrell in Blade Runner (1982).

Michael Christopher Sheen, who plays Arthur, in a mirror like fashion, was born ten years earlier than Chris Pratt, on February 5, 1969.

Clearly, Passengers direct Morten Tyldum set up the scene to replicate (no Blade Runner pun intended) the scene from The Shining.

But there appears to be at least one level deeper to this than anyone knew about.

Michael Sheen's father Meyrick Sheen, who is about 76, has worked worldwide, late in life, as a Jack Nicholson impersonator. 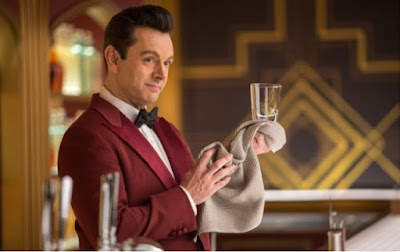 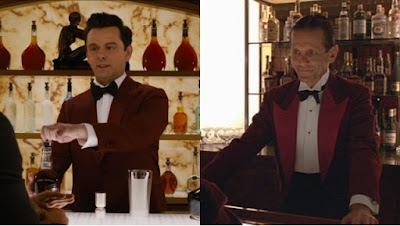 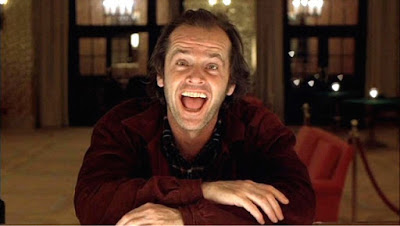 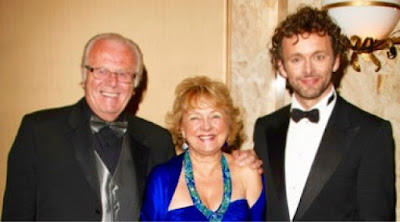 Michael Sheen (right) with his father Meyrick and his mother Irene (née Thomas), are from Wales. 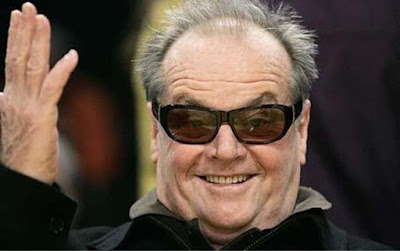 Jack Nicholson (above and below) 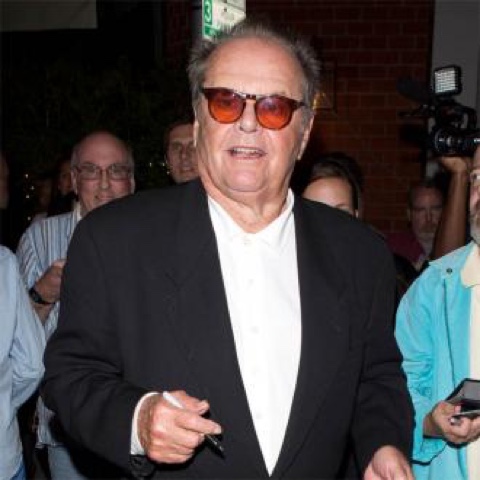 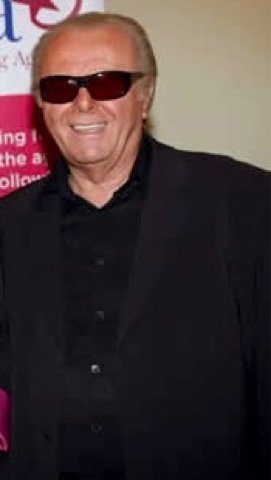 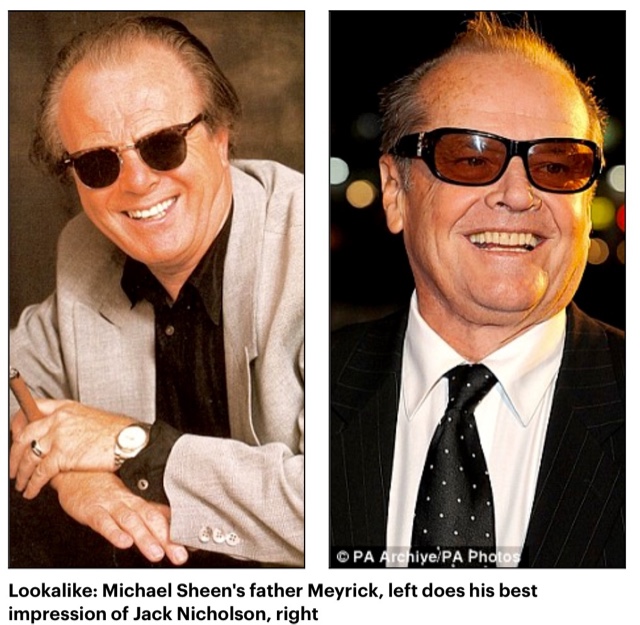 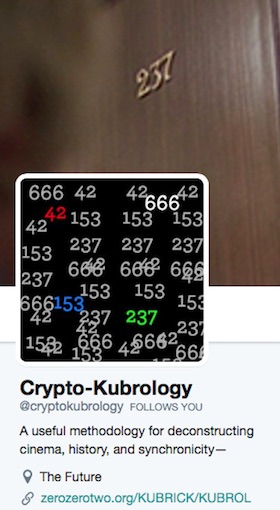 Via Twitter, I bemoaned to Alex Fulton at Crypto-Kubrology Twitter that "modern Cryptokubrology is frustrating when Shining scenes are in new films w/out sync-reasoning."

To which Fulton replied that "modern films w/ 237s inserted... hard not to assume the filmmakers just being clever. Pre-Shining 237s are where it gets weird."

When I began looking at the less than subtle, entirely created syncs between Passengers and The Shining, there did not seem to be anything there to see. After all, director Morten Tyldum admired Stanley Kubrick and so he manufactured the bar scenes to reflect the bar scenes in The Shining.

Tyldum places other tributes (often nowadays called "Easter Eggs") in Passengers to link his film rather obviously to Kubrick's 2001 (think running around a circle going up) and to Gravity (the tether drama).

There are also directly overt items tied to 1959's Sleeping Beauty (Princess Aurora, not to mention what I've written about the name Aurora on this blog), 1992's Aladdin (space walk = magic carpet ride), 1997's Titanic (Leonardo DiCaprio's Jack), and others.

After I saw Passengers, recently, I did more research and found this segment of an interview with the Norwegian director about Passengers.

Can we talk about your apparent love for Kubrick because when I watched Passengers I could tell that Kubrick was a huge influence. Was Passengers the film where you thought to yourself: I have this big Kubrickian itch I have to scratch and this is my opportunity?Definitely. [laughs] There’s a few Easter eggs for Kubrick fans where they can see very specific set elements from at least three Kubrick movies. I said, “I want, not just to be inspired by it, but I want THAT.” These specific things will be popping up in my movie so people can find it for themselves.
In every Kubrick movie, the set and surrounding are like a character in itself. The Shining, of course, is a big example but also in 2001 [with] the space station. Every detail in the sets is such an important part of the story. I felt that the spaceship Avalon is a character in itself. The way that Kubrick treats the sets and how the character is put in its surroundings is something I was very inspired by when I was doing Passengers. It felt very natural to do a literal tribute to him. It’s also fun because our production designer (Guy Hendrix Dyas) is also a big Kubrick fan and it was fun to put those little Easter eggs in there and sprinkle them in the movie.
Can I ask what the third Kubrick movie is?Nope!

Sure, there's another Kubrick created "egg" in there. But I found more.

The deeper Michael Sheen -> Meyrick Sheen -> Jack Nicholson overlap was a complete surprise to me. It might be such a subtle one that only certain Kubrick scholars and the Sheen family have reflected on it.

For the reader, I hope you find these "two Jacks" a unique (minor) discovery, as this science of Cryptokubrology establishes itself.

A couple notes:
Very interestingly, Chris Pratt's birthday of 6/21/79 came exactly one day (24 hrs) before the general release of Alien, which is the film from which the 2037 screenshot in my Twitter banner was taken.
Jack Nicholson was born on 4/22/37... which you can spread out to find 42 - 237.
From Nicholson's birthday to the birthday of Michael Sheen, who plays the Lloyd-copy, is exactly 1659 weeks.
1659 = 237 x 7
Nicholson was born 42 years, 2 months before Chris Pratt & the general release of Alien.
& on and on it goes!
I have yet to see Passengers, but these C-K studies have proven to me that much of these strange connectors are entirely subliminal... the filmmakers may know they are referencing Kubrick, but may not truly understand WHY they are doing so, or how deeply the connections run. Kubrick has somehow subliminally affected the entire history of cinema, backwards & forwards. Maybe History too...
Best,
Alex Fulton

Frozen journey, by P.K. Dick (I hope I shall arrive soon).Frozen/JackRemember the number of Aurora's room and the use of an axe to destroy a door !JP

Posted by Loren Coleman at 2:51 PM

I saw your post, Loren, shortly after this experience in San Marcos, Texas ...
http://www.reddirtreport.com/dust-devil-dreams/well-we-all-shine