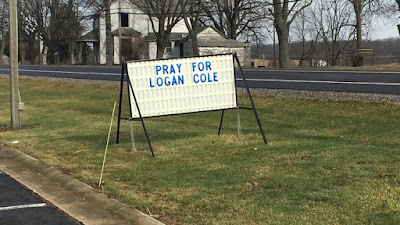 On Inauguration Day, the president and vice-president of the United States of America are sworn in and take office. Inauguration Day 2017 was on Friday, January 20, 2017. The mainstream media ignored most other news during the day. This included what was happening in a little corner of Ohio, where a school shooting filled local news, with name game symbolism and a bizarre synchromystic sense of humor. 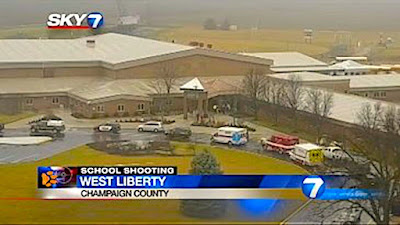 A shooting in West Liberty-Salem [Ohio] High School on Friday morning, about 7:30 am, January 20, 2017, left one student critically injured.

The name of the random victim, the suspect, the locations, and even the street where the suspect lives all have twilight language sensibilities.

I pinpointed Logan as a "power name" in my Mysterious America, in 1983.

Ray is a short form of Raymond, which coincides with an English word meaning "beam of light."

The meaning of the name Serna is through Spanish, a habitational name from any of various places named La Serna, from serna "grainfield" of Celtic origin.

The location: This happened on the border of Champaign and Logan counties. Champaign is a special place for strange stories, from Ohio to Illinois. Logan, see above.

The suspect's home: Facebook synchromystic groups have names such as "Sync Whole" and "Kitchen Sync." This incident appears to have sync'ed with this same kind of humor. The newspapers reported that deputies executed a search warrant Friday evening (January 20, 2017) in the 3900 block of Sink Hole Road, believed to be the alleged teen shooter’s home. 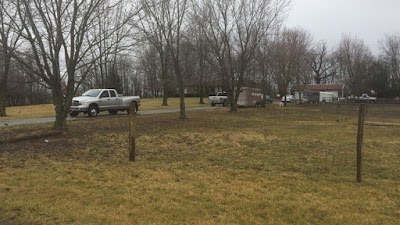 In one classroom, a student busted out a window and everyone jumped out, senior Claire Harr said.
“Half of us lost our shoes,” she said. “We ran through gravel and mud and cornfields but thankfully we’re all OK and we’re going to get through this together. We ran as far as we possibly could.” Source.

I only recently discussed cornfields, before I had retroactively discovered this school shooting.


The district began filling buses with the nearly 1,200 students from the K-12 campus and taking them to meet their parents gathered at Lion’s Club Ballpark.
Source.

See also: Shootings at K-12 schools in Ohio in the past 50 years
Posted by Loren Coleman at 4:47 PM