There is something in the wind. The Joker is back, in a couple violent situations. Are copycats going to be in the news? 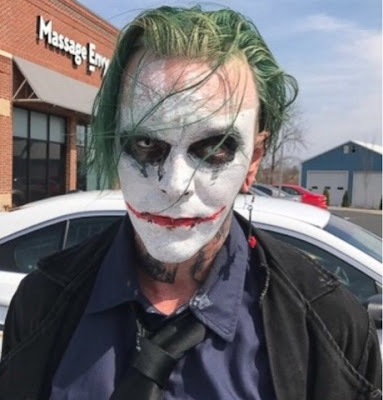 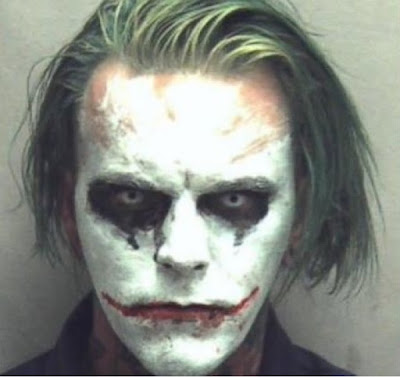 Jeremy Putnam, 31, of Winchester, Virginia was arrested and charged with wearing a mask in public Friday, March 24, 2017, after he was spotted walking around dressed as the iconic comic book supervillain the Joker, police said.
Police in Winchester -- located about 75 miles northwest of Washington, D.C. -- said the Winchester Emergency Communications Center received "several calls" around 2 p.m. on Friday of a suspicious male wearing a black cape and carrying a sword walking around the city.
Jeremy Putman was charged with wearing a mask in public, a felony that could land him in jail for up to five years, the Winchester Police Department said in a statement. 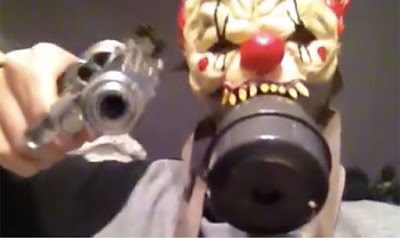 A week previous, a Joker-obsessed student shoot up a school in France on Thursday, March 16, 2017.
He had posted a bizarre clown-masked video on his Facebook. 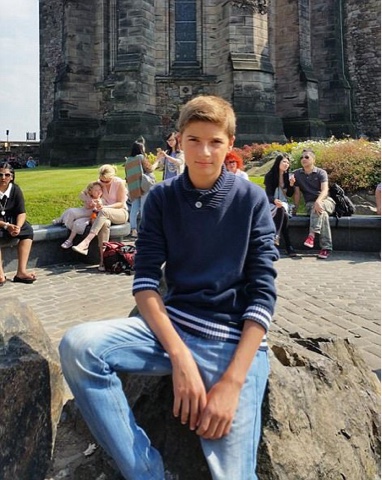 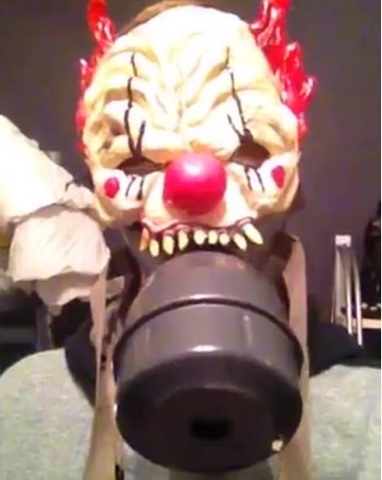 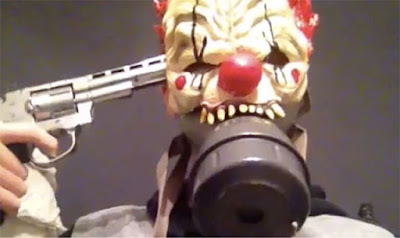 Barbey's cover photo on Facebook is a picture of the Joker - the Batman villain - with the caption "give a man a mask and he'll become his true self."

And posted this image of himself too. 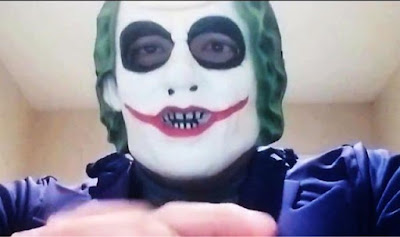 Late in March 2017, truly the Joker had returned.

Posted by Loren Coleman at 2:59 AM

A girl was killed by a log in Oregon on Saturday. Her name was AURORA Genai Sheffel.