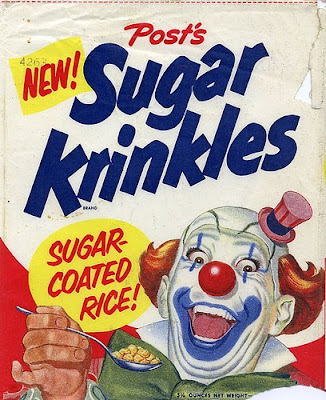 Is there a reason that 2016 will go down in history as the "Year of the Creepy Clowns"?

But, truth be told, Creepy Clowns were in Baby Boomer consciousness, since the 1960s.

Post's, for example, came out with a bizarre cereal named "Sugar Krinkles" and "Sugar Rice Krinkles" in the 1960s. Some boxes even contained "arrowheads." The cereal ceased production in 1969.

Creepy Clowns may have been waiting in the wings since then to resurface. 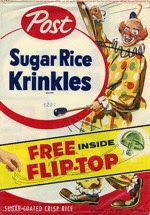 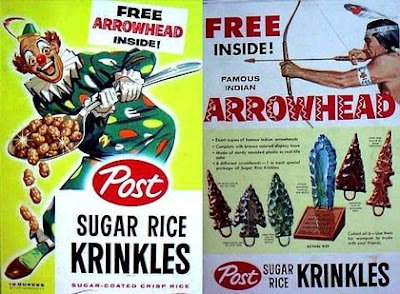 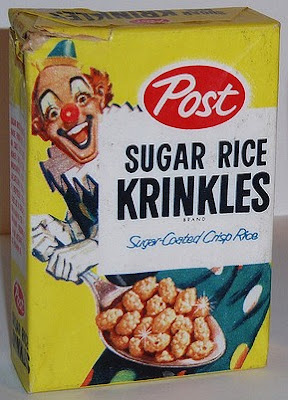