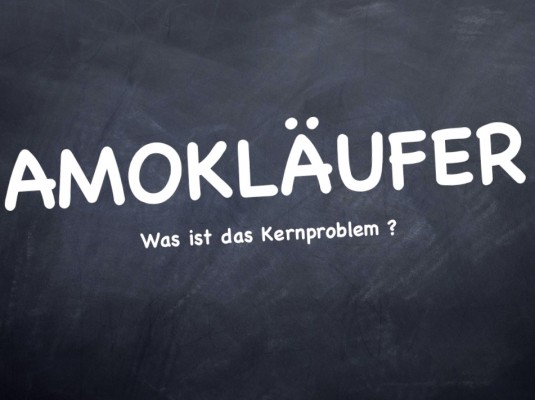 An axe rampage in Düsseldorf, Germany, in what police called another “amok attack,” hurt several people.

The name "Düssel" literally relates to a person who is silly, a goof, an idiot, a ninny, a dope, and other descriptions of an individual who fools around stupidly. "Dorf" means village.

The Düssel is a small right tributary of the River Rhine in North Rhine Westphalia, Germany. Its source is east of Wülfrath. It flows westward through the Neander Valley where the fossils of the first Neanderthal man were found in 1856.

The town there was named Düsseldorf, even though the Rhine is close by. 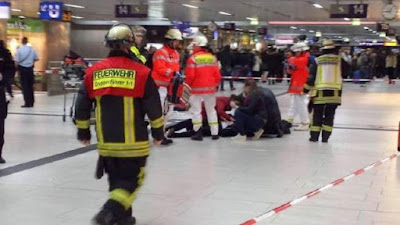 An axe-wielding attacker [allegedly] suffering from mental health problems injured seven people at the main train station in the German city of Dusseldorf late Thursday (local time) [March 9, 2017].
Previously police had said several attackers were involved and two were arrested but they later said one suspect was behind the assault, a 36-year-old man from the former Yugoslavia.
“An assailant probably armed with an axe attacked people at random” at about 8:50pm local time,” city police said in a statement.
Commuters rush to the aid of an injured person on the floor of the Dusseldorf train station in Germany.
Blood on the floor of the Dusseldorf train station after the axe attack.
Police initially gave the number of injured as five, but updated that to seven in a later statement.
While trying to escape the man jumped from a bridge and suffered serious injuries from the fall.
...
An axe was recovered and officers were searching the area in and around the station, which was closed for the investigation.
Federal police spokesman for the regional state of North Rhine-Wesphalia state, Rainer Kerstiens described the attack to Deutsche Welle as an “amok attack.”
Emergency services personnel assist an injured person on the station floor.
A station attendant told Bild: “We were standing on the track, waiting for the train. The train came, and suddenly someone jumped out with an axe, hit the people. There was blood everywhere. I have experienced a lot, but I have never experienced this.”
...
Bruno Macedo tweeted: "Man with axe chased by police in Dusseldorf. Station closed. I am in the train things look bad #police #terror." Source.


There was another axe attack on a train in 2016 in Germany’s Bavaria, but no-one was killed and the attacker was found to be mentally unbalanced. (See below.)

German authorities have been on alert for terror attacks, especially since an assault claimed by the Islamic State terror group in December 2016 when a hijacked truck ploughed into a Berlin Christmas market, killing 12 people. (See below.)