Principal photography for Eyes Wide Shut began in November 1996. Filming finally wrapped in June 1998. The Guinness World Records recognized Eyes Wide Shut as the longest constant movie shoot, "for over 15 months, a period that included an unbroken shoot of 46 weeks" 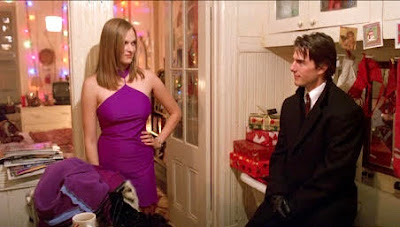 The framing of Donald Trump in the Hollywood Access tape with the blonde woman who wears almost the same style and color of the dress nearly matches the above scene from Eyes Wide Shut. 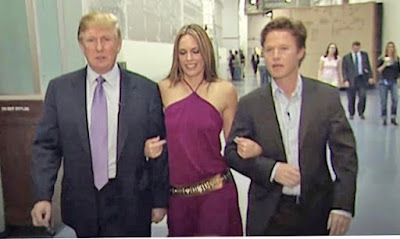 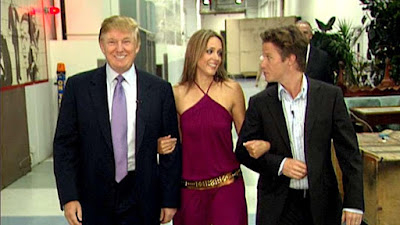 The Hollywood Access video was recorded in September 2005 in the NBC Studios parking lot while Trump was preparing to appear in an episode of the NBC soap opera Days of Our Lives.

Upon arriving at the lot, the camera crew was let off the bus so they could record Trump and Billy Bush disembarking and meeting with Arianne Zucker, who portrayed Nicole Walker on the soap opera and appeared alongside Trump in the episode in which he guest starred.

On October 7, 2016, during the 2016 United States presidential election, The Washington Post published a video and accompanying article about then-presidential candidate Donald Trump and television host Billy Bush having "an extremely lewd conversation about women" in 2005. 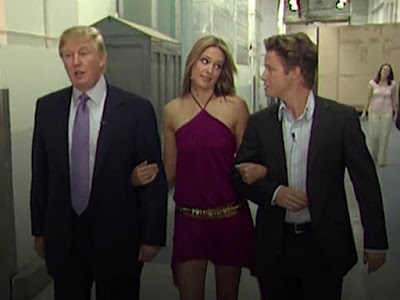 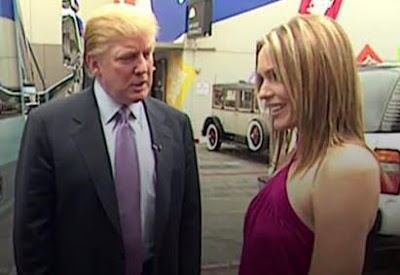