The "Eifel" Behind Those Zoo Escapes

Several animals, including 2 lions, 2 tigers, a bear and a jaguar break out of a zoo in Germany's hilly Eifel area on Friday, June 1, 2018. All were soon captured, except the bear, which was shot dead.

Eifel? Eiffel? What's the story behind the name?

The Eifel lies between the cities of Aachen to the north, Trier to the south and Koblenz to the east. It descends in the northeast along a line from Aachen via Düren to Bonn into the Lower Rhine Bay. In the east and south it is bounded by the valleys of the Rhine and the Moselle. To the west it transitions in Belgium and Luxembourg into the geologically related Ardennes and the Luxembourg Ösling. In the north it is limited by the Jülich-Zülpicher Börde. Within Germany it lies within the states of Rhineland-Palatinate and North Rhine-Westphalia; in BeNeLux the area of Eupen, St. Vith and Luxembourg. Its highest point is the volcanic cone of the Hohe Acht (746.9 m). Originally the Carolingian Eifelgau only covered the smaller region roughly around the sources of the rivers Ahr, Kyll, Urft and Erft. Its name was more recently transferred to the entire region. 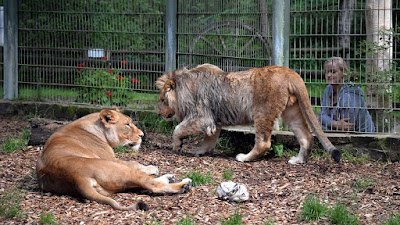 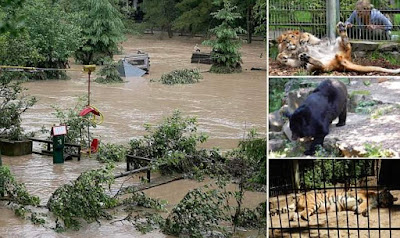 The Eifel was inhabited by people: Neandertals and modern man, Homo sapiens. 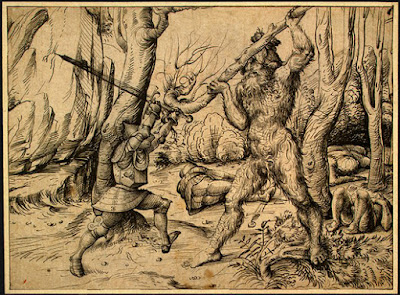 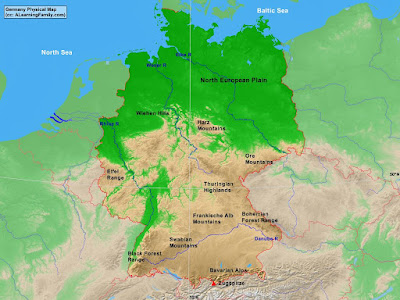 Regarding the origins of the name Eifel:


Müller/Schnetz (1937) believe that an -n- has dropped out between the diphthong and the syllable, -fel. The resulting root form Anfil or Anfali would then mean an "area that is not so level". An- would then be a prefix and -fali, which is related to the Slavic polje ("field"), means "plain" or "heath".
W. Kaspers (1938) deduces from the surviving form in pago aquilinse the root form aku-ella, akwella and points to its development into the name "Eifel" in the following sequence: aquila > agfla > aifla > eifla > Eifel. Akuella derives from the pre-German and means "land with summits" or "land with peaks".
Both propositions, like several others, are highly contentious. The most convincing proposal is that of Heinrich Dittmaier (1961). Dittmaier initially derives it from the Germanic Ai-fil. The second component corresponds to Ville, which is the name of a ridge between the Erft, Swist and Rhine today. The variants Vele, Vile and Viele may often be found in place names such as Veler Weg or Veler Pfad. Unlike the modern word Ville the fricative consonant is hard in "Eifel". Responsible for that was probably a sound between ai- and -fil, which was assimilated by the f, possibly f, k, ch, d, t. Dittmaier believes the missing sound was a k or ch, whereby "Eifel" originally went back to Aik-fil. Aik/Aich is also a name for oak (Eiche) and qualifies the root word ville. On the basis that it was covered by oak trees, the Eifel (= Eich-Ville) could thus be distinguished from the other Ville, a name still used today, on the Erft. However, the original, historical and even current vegetation of the present day Ville is dominated by oak mixed forest.
The meaning of "Ville" is also disputed. Dittmaier gives three possible explanations: "marshy region", "plain, heath" and "heathland", which would all bring geology and vegetation into harmony.
Another proposal sees the name as even older and possibly of Celtic origin. Near Cologne, an altar was found, which was dedicated to Matronae Aufaniae Celtic goddesses which were honoured by flowing water. The thesis that the name "Eifel" was derived from this source is not conclusive, but it is persuasive; Eifel would then mean "land of water" or "watery mountains". 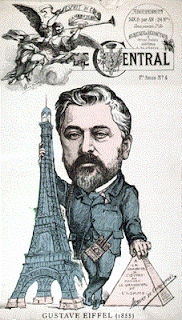 Gustave Eiffel was born in Burgundy, France, in the city of Dijon, Côte-d'Or, the first child of Catherine-Mélanie (née Moneuse) and Alexandre Bönickhausen. He was a descendant of Jean-René Bönickhausen, who had emigrated from the German town of Marmagen and settled in Paris at the beginning of the 18th century. The family adopted the name Eiffel as a reference to the Eifel mountains in the region from which they had come.

Alexandre Gustave Eiffel (born Bönickhausen; 15 December 1832 – 27 December 1923) was a French civil engineer. A graduate of École Centrale Paris, he made his name with various bridges for the French railway network, most famously the Garabit viaduct. He is best known for the world-famous Eiffel Tower, built for the 1889 Universal Exposition in Paris, and his contribution to building the Statue of Liberty in New York.
Posted by Loren Coleman at 5:00 PM