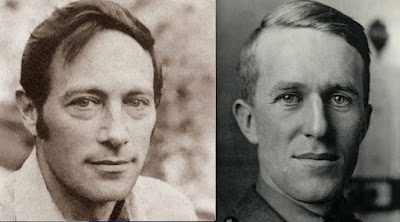 When I appeared on Gene Steinberg's The Paracast on June 24, 2018, I was challenged by his cohost J. Randall Murphy, a Canadian ufologist, throughout the program. As I was talking about the anniversary syndrome, and the special link of the date June 24th to ufologists' deaths, Murphy contested the death date of John Mack as merely having occurred at random. He felt this was true because it was allegedly an accidental incident.

I, of course, said that was possible. After all, I had not brought up Mack's death, and did not support Mack's date of death as evidence of anything.  But I was curious to dig a bit deeper to analyze what might be one view behind that specific life event for John Mack. Here are some thoughts on the question of John Mack's demise. It is a stream-of-consciousness exploration to connect some dots. But it is not a thesis to explain why, exactly, Dr. Mack died when he did. I generally am comfortable saying "I don't know when asked these sorts of questions."

Who is John Mack? The standard biographical background for Mack notes his full name was John Edward Mack. He was born October 4, 1929 in New York City, and died September 27, 2004. He was an American psychiatrist, alien abduction researcher, writer, and professor at Harvard Medical School. He was a Pulitzer Prize-winning biographer, a leading investigator and writer on alien abduction experiences, and a campaigner for the elimination of nuclear weapons. 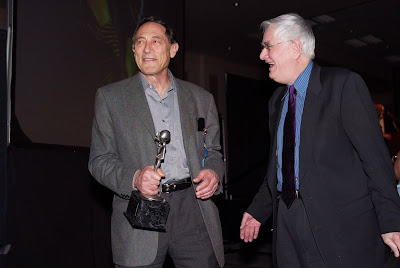 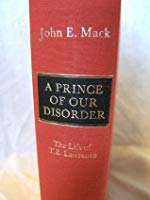 Mack authored several books reflective of his interests, including,

Nightmares and Human Conflict (1970)
A Prince of Our Disorder: The Life of T.E. Lawrence (1976)
Vivienne: The Life and Suicide of an Adolescent School Girl (1977)
Abduction: Human Encounters with Aliens (1994)
Alien Discussions: Proceedings of the Abduction Study Conference Held at M.I.T. Cambridge, MA (1995), and
Passport to the Cosmos: Human Transformation and Alien Encounters (1999). 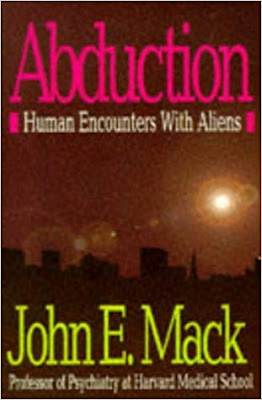 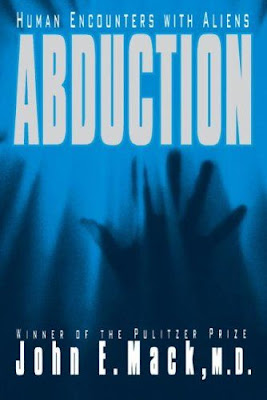 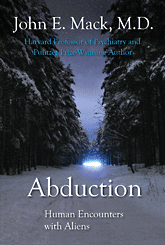 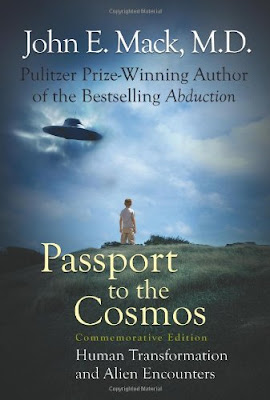 Mack was a T. E. Lawrence scholar. His 1976 book, A Prince of Our Disorder, a biographical study of the life of British officer T. E. Lawrence, won for Mack the Pulitzer Prize for Biography in 1977. This is no small honor. 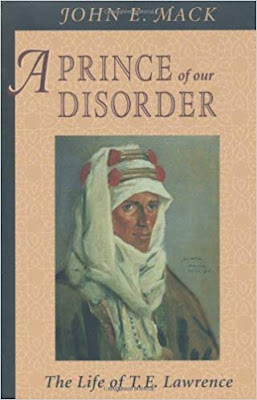 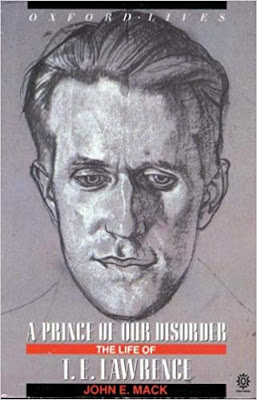 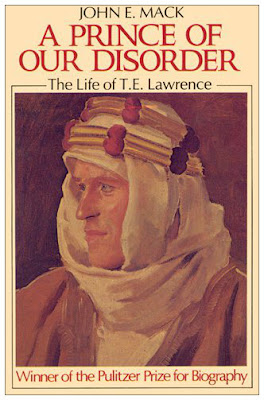 So, was there some significance to the date September 27th, the date Mack died?

The book that launched the legend of T. E. Lawrence was Seven Pillars of Wisdom. The book is the autobiographical account of the experiences of British soldier T. E. Lawrence ("Lawrence of Arabia"), while serving as a liaison officer with rebel forces during the Arab Revolt against the Ottoman Turks of 1916 to 1918. It is credited as having been first published in December 1926, in England.

T. E. Lawrence recorded the following about his experiences, on what he credits as a date that impacted him greatly:

Lawrence describes one of the most controversial episodes of his experience in the Desert. On September 27, 1918 he and his Arab force were in hot pursuit of a retreating Turkish column numbering approximately 2,000 soldiers. Coming upon the village of Tafas south of the city of Damascus they were confronted with the horrifying aftermath of the Turk rampage through the village. Mutilated bodies of women and children lay among the smoking ruins. As the sickened Lawrence watched the scattered Turkish column disappear over the horizon he gave his order: "take no prisoners."

He describes the carnage, then ends with:


By my order we took no prisoners, for the only time in our war.

In Seven Pillars of Wisdom, Lawrence wrote this of September 27, 1918:


“In a madness born of the horror of Tafas we killed and killed, even blowing in the heads of the fallen and of the animals, as though their death and running blood could slake our agony.” 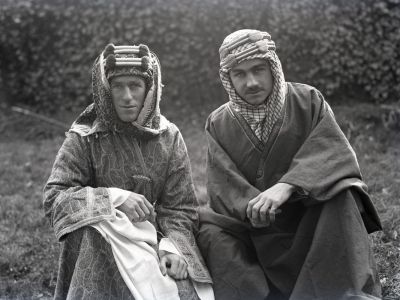 The early media adventurer Lowell Thomas introduced London audiences to "With Allenby in Palestine and Lawrence in Arabia," as announced via an advertisement in The London Times, September 27, 1919. 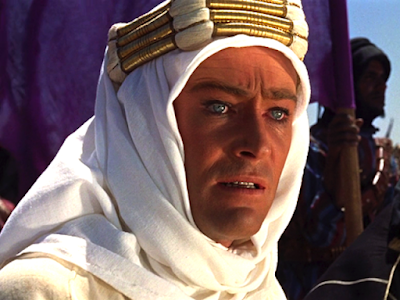 Peter O'Toole played the lead character in Lawrence of Arabia (1962). 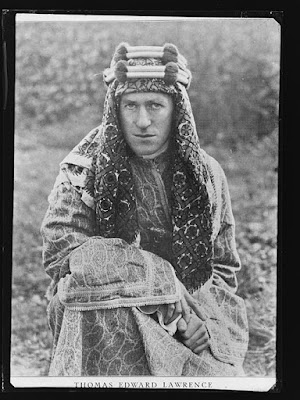 After the 1926 release of the Subscribers' Edition, Lawrence stated that no further issue of Seven Pillars of Wisdom would be made during his lifetime. Lawrence was killed in a motorcycle accident in May 1935, at the age of 46. 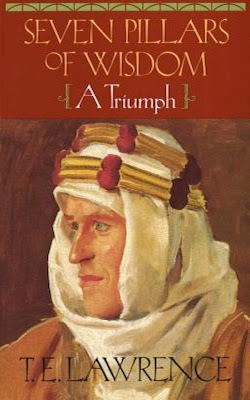 With great fanfare, The New York Times announced on August 27, 1935, that the first American edition of Seven Pillars of Wisdom since the death of T. E. Lawrence would be published on September 27, 1935. 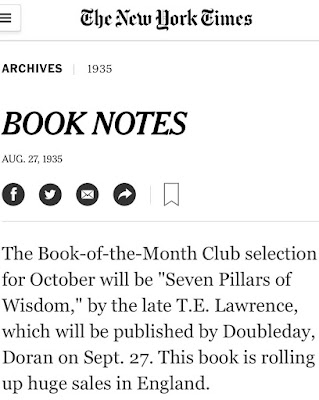 On Monday, September 27, 2004 while in London to lecture at a T. E. Lawrence Society-sponsored conference, Dr. Mack was killed by a drunken driver heading west on Totteridge Lane. He was walking home alone, after a dinner with friends, when he was struck at 11:25 p.m. near the junction of Totteridge Lane and Longland Drive. He lost consciousness at the scene of the accident and was pronounced dead shortly thereafter. The driver was arrested at the scene, and later entered a plea of guilty by careless driving while under the influence of alcohol.

John Mack was actually in London, not lecturing on aliens, but giving a talk on T. E. Lawrence. Perhaps he was aware of the importance of September 27th in the biography of Lawrence? After all, Mack wrote about the life of Lawrence. He must have known about the slaughter of Tafas.

As author Nick Redfern observes in debunking the conspiracy theories that Mack was murdered, Mack "was an afternoon speaker at the T.E. Lawrence Society Symposium. Mack’s presentation was very well-received, to the extent that he was asked to give an additional, evening presentation, which he did. Dinner followed. Later that night, as he headed to the house in which he was staying in London, Mack was struck by a car and killed...He stepped out onto a crosswalk and was hit and killed...."

One can psychologically imagine Mack was walking back to his lodging, euphoric from the receipt of his presentations, and perhaps a little tried and in a jet-lag trance. Maybe he was even wondering about that very Lawrence of Arabia date? He then stepped out into traffic, in London. That's an important detail.

There is another issue that may have relevance, one which I can relate to. It was September. It was night-time. It was London. It was busy. And John Mack was an American in England. I’m an Englishman who lives in America. When I moved to the United States, fifteen years ago, two of the very first things I had to do were (a) learn to drive on the opposite side of the road; and (b) take a US driving test. For those who may not know, whereas in the States we drive on the right, in the UK, it’s on the left.
Actually, getting accustomed to driving on the right was not the big challenge I thought it might be. Even after having driven on the left, in the UK, since the legal age of 17. In fact, it was surprisingly easy. However, there was one thing that took me a while to shake off. It was the instinct to look in the “UK direction” for oncoming traffic. And particularly so when crossing the roads in the small US town I first lived in, which was Littlefield, Texas. Since, in the UK, we drive on the left, that means you have to look to your right to see the oncoming traffic. And it’s the exact opposite in the US: the traffic comes at you on the right, so you turn your head to the left to see it approaching.

Only in recent years have London streets been marked with which way to "look." Too late for John Mack? 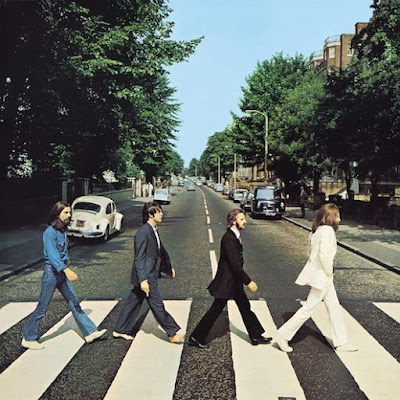 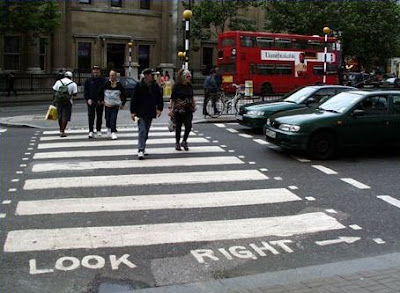 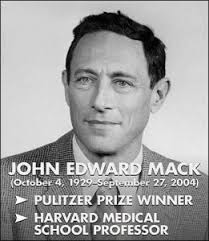 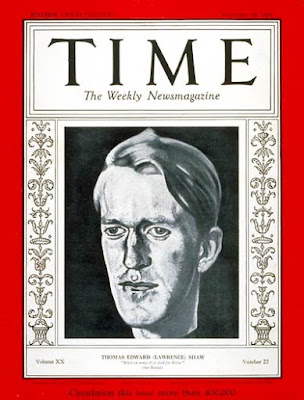 Posted by Loren Coleman at 5:16 PM

Interesting post. I'm glad my question on The Paracast inspired you to do some digging! BTW here's a link to the post there on the Marconi Deaths: https://www.theparacast.com/forum/threads/march-25-2018-michael-allen-with-j-randall-murphy.19128/#post-271166