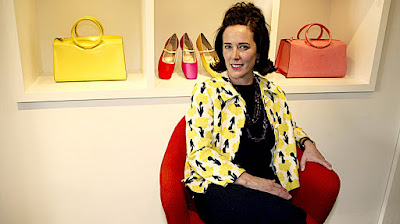 Kate Spade was found dead by her housekeeper in her Manhattan apartment at around 10:20 a.m. on June 5, 2018, hanging by a red scarf tied to a doorknob. She was 55.

Kate Spade's husband is Andy Spade, the brother of comedian David Spade. She is the aunt of “The Marvelous Ms. Maisel” actress Rachel Brosnahan.

Her sister Reta Saffo told her local newspaper that Spade had been obsessed with the suicide of Robin Williams and believes her plan to kill herself may have started taking shape as she obsessively watched reports of his suicide. Source.

Reta Saffo described how Kate watched the news report on Robin Williams death "over and over again." Source. 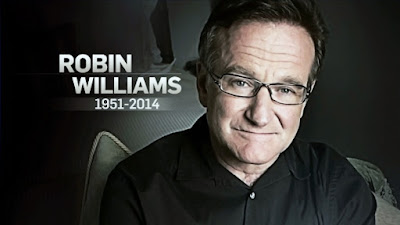 Robin McLaurin Williams (July 21, 1951 – August 11, 2014) was an American actor and comedian. On August 11, 2014, Williams died by suicide at his home in Paradise Cay, California.  Williams was found clothed, hanging against a closed closet door, with a belt secured around his neck, and the other end of the belt wedged between the door and the door frame, with Williams slightly suspended in a seated position. In the initial report released on August 12, 2014, the Marin County Sheriff's Office deputy coroner stated Williams had hanged himself with a belt and died from asphyxiation. 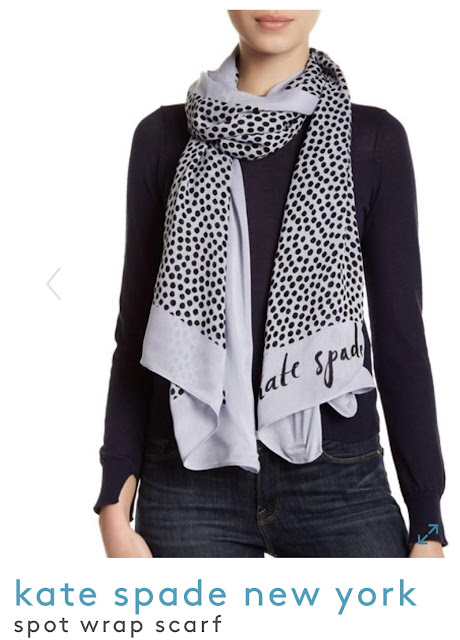 While Spade started with handbags, she eventually branched out into other items, including scarves. 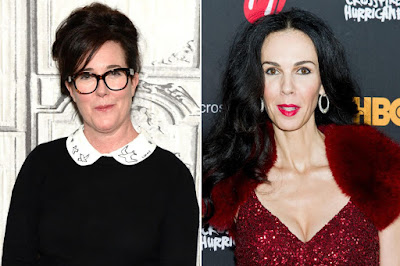 A photo of dresses hanging from a tree which was posted on L’Wren Scott’s Facebook page hours after her death has been labeled an “eerie” coincidence. The posting was pre-written and pre-scheduled to automatically publish on her account.

Scott used a black satin scarf to kill herself in her ninth-floor duplex on 11th Avenue and West 24th Street, New York City.

L'Wren died on the birthday of Alexander McQueen, who hanged himself in 2010. 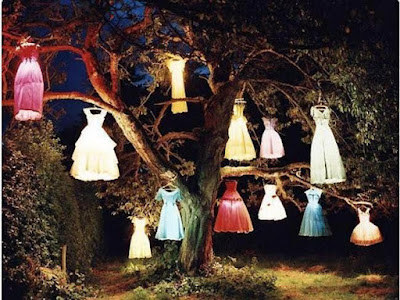 Alexander McQueen, a top designer, died by suicide by hanging in 2010, being found in a closet. 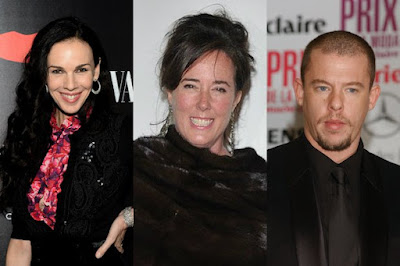 Lee Alexander McQueen, CBE (March 17, 1969 – February 11, 2010) was a famed British fashion designer and couturier. McQueen died by suicide, at the age of forty, at his home in Mayfair, London. His mother had died on February 2, 2010. McQueen left a note saying, "Look after my dogs, sorry, I love you, Lee."

Was it suicide? The red scarf represents upper class or pedigree, tied to a door..don't go in there.
It sent a message, I'm guessing.
To whom?
Asia argento,
I wasn't sure as to Why?
Harvey Weinstein?
Could it open up pedogate?
Re: Anthony Weiner?

It seemed like the message was:
"Don't go there!"