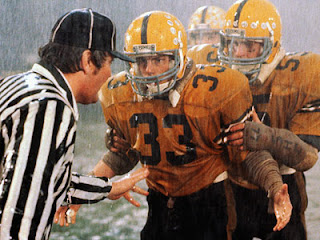 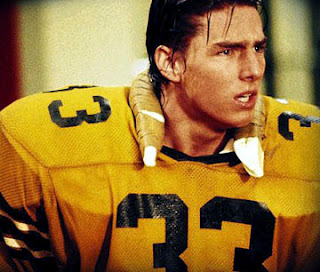 In the comments on "Tom Cruise: 33° of Separation," Mike Clelland is to be credited with noting that the Synchromystic Forum mentions that Tom Cruise appeared in a uniform numbered "33" in the movie All The Right Moves, as shown here.

All The Right Moves (1983) was directed by Michael Chapman, and starred Tom Cruise; Lea Thompson; Craig T. Nelson. Stefan Djordjevich (Cruise) is a high school football player trying to win a scholarship to college and get out of this Pennsylvania mining town.

Michael Chapman, the director of All The Right Moves, is mostly known as an American cinematographer for his aggressive use of strong color and high contrast work on Steven Spielberg's Jaws, and on Martin Scorsese's The Last Waltz, Taxi Driver and Raging Bull. Chapman was also the cinematographer for the 1978 remake of Invasion of the Body Snatchers. 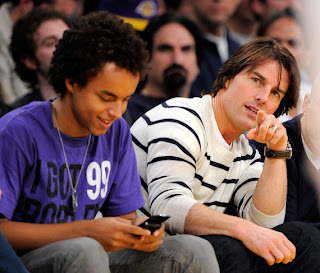 Cruise apparently likes to be around people wearing significant numbers. Cruise is seen with his son Connor, 16, at the Los Angeles Lakers game on March 27, 2011. Connor Cruise's shirt has an intriguing number on it, (33 x 3 =) 99. 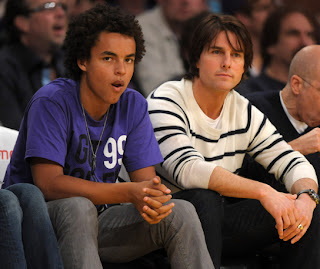 Would Cruise be a fan of Larry Bird, if he was still playing? 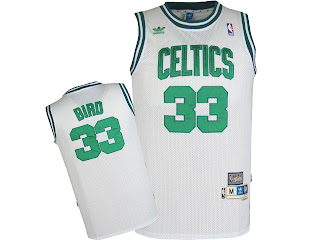 Meanwhile, let us not forget the mystical number 23, which pops up too in this synchromystic melodrama. 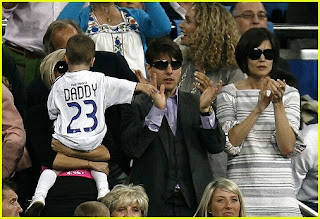 Victoria Beckham, her and David Beckham's son, Tom Cruise and Katie Holmes are seen at Beckham's soccer game in Madrid, Spain, on June 17, 2007. 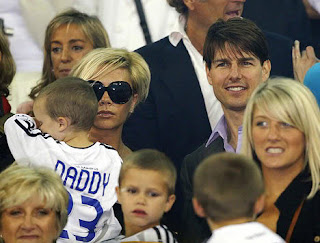 David Beckham seems to have been touched by the number 23, because his wife told him 23 was the number of Michael Jordan's jersey. 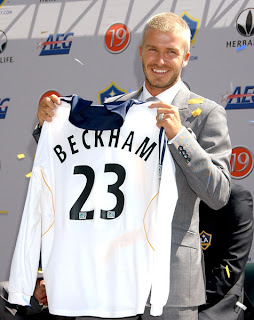 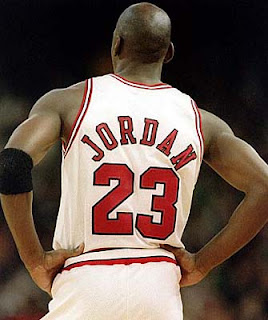 Unfortunately, for Michael Jordan, the number would also haunt him. His father, James R. Jordan, Sr. was murdered on July 23, 1993, at a highway rest area in Lumberton, North Carolina, by two teenagers, Daniel Green and Larry Martin Demery.

A more positive event occurred on November 1, 1994, when Jordan's number 23 was retired by the Bulls in a ceremony that included the erection of a permanent sculpture known as The Spirit outside the new United Center in Chicago. 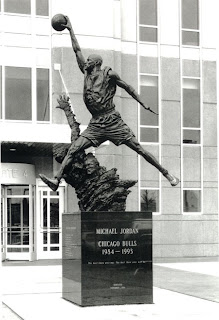 The number 23 lives on among basketball players and others, in reality and fiction. 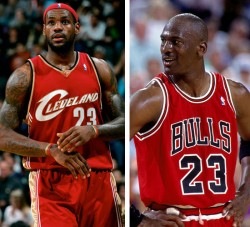 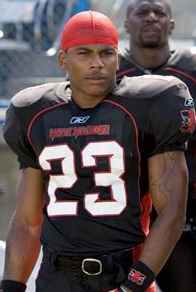 Meanwhile, Tom Cruise continues to bounce around and we've not heard the last of him. 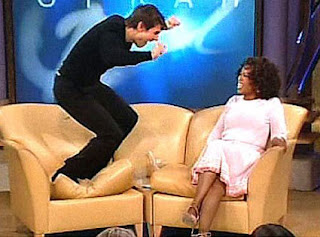 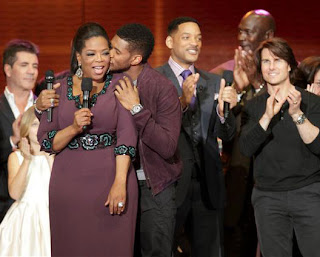 Tom Cruise and Michael Jordan say goodbye to Oprah,
along with Men In Black's Will Smith and Usher, as well as others.

Posted by Loren Coleman at 7:02 AM

Kudos on Mike for remembering that one. I liked All The Right Moves a lot when I saw it in the 80s; a great performance from Cruise.

I think Jordan chose the 23 because it was the inverse of Magic Johnson's 32.

RPJ...read the link that I have embedded about the reason Jordan picked "23."

Just a coincidence, humm, that it is a power number in so many cultures, synchromystically.

sure 23 prime masonic numeral, pair of 33


Unfortunately, for Michael Jordan, the number would also haunt him. His father, James R. Jordan, Sr. was murdered on July 23, 1993, at a highway rest area in Lumberton, North Carolina, by two teenagers, Daniel Green and Larry Martin Demery.


pride will draw such things

the statue is chicago, center of the new 'spiritual' u.s. aspect of the nwo -- obama, robinson, etc

Katie Holmes is 33 years old at divorce from Tom Cruise.