Holidays are anniversaries of important events. Holidays and death go hand in hand. Birth dates and death do too. Those who have died on our nation's birthday encompass the ultimate reflection of the anniversary effect. What is this effect and who were some of these people?

The notion that there is an anniversary syndrome in which deaths are tied to birthdays or important dates in a person's life has been scientifically studied. The after effects of Post Traumatic Stress events can result in depression or rage linked to the anniversary of any traumatic event such as a death, war, or accident.

This is clearest, perhaps, as the date of death of a loved one approaches. The anniversary of a relative, especially a father or mother, can trigger a Sudden Death (SD), according to research that was presented in March 2008, at the American College of Cardiology’s 57th Annual Scientific Session.

“Sudden death is a major public health problem and is responsible for nearly half of all cardiac deaths,” said Juan Marques, M.D., Central University of Venezuela, and co-investigator of this study:

Earlier, in 1992, Dr. David P. Phillips, a sociology professor at the University of California in San Diego conducted a study that found that an approaching birthday seems to prolong life in women and precipitate death in men. His study, based on 2,745,149 deaths from natural causes, found that women were more likely to die in the week after their birthdays than in any other week during the year, while men tended to die shortly before their birthdays. It was the first study to show gender differences in so-called anniversary effects: changes in behavior on birthdays, holidays or other personally meaningful occasions.

Birthdays can be either "a deadline or a lifeline," said Phillips. "In our achievement-oriented society, men may find themselves wanting. They don't want to go through another one of these stock-taking periods."

The study was published in the September 1992, Psychosomatic Medicine, the journal of the American Psychosomatic Society, and found 3 percent more deaths than expected among women in the week after a birthday and a slight decline the week before. For men, deaths peaked just before birthdays and showed no rise above normal afterward.

Intriguingly, there are three dates on which Presidents of the United States of America have clustered their dying.

One significant anniversary date is July 4th, Independence Day in the USA.

After the first leader, George Washington, was the President of the USA, he was followed by John Adams, whose Vice President was Thomas Jefferson, the man who crafted the Declaration of Independence, with Ben Franklin's and John Adams' consultations. The document was signed on July 4, 1776, by landowners, Freemasons, and future leaders of the country. The date it was signed is acknowledged as the Birthdate of our Nation.

On July 4, 1802, the US Military Academy at West Point formally started as an institution for scientific and military learning, reinforcing the importance of the date to the country's founding establishment. 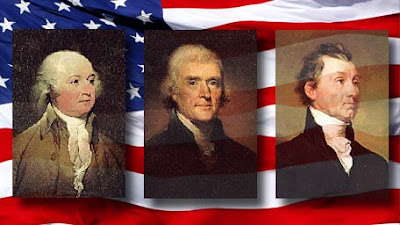 One other notable presidential date is tied to July 4th: President No. 30, Calvin Coolidge, was born on July 4, 1872, in Plymouth Notch, Vermont, the only President to have been born on this day.

It is worth pondering that on July 2, 1881, Charles J. Guiteau shot U.S. President James Garfield, who eventually died from infections on September 19, 1881.

July 4th remains a day that Death chooses to visit those tied to a vividly American view of the world, such as Charles Kuralt (died July 4, 1997) and Jesse Helms (died July 4, 2008).


There are two other death clusters for the Presidents.

President No. 13, Millard Fillmore (born January 7, 1800) in 1874 and President No. 27, William Howard Taft (born September 15, 1857) in 1930, both died on March 8. On that same day in 1930 that Taft died, March 8th, so too did Edward Terry Sanford, Associate Justice of the United States Supreme Court. The elusiveness of the importance of this date escapes us, for the only significant American event is that in 1817, The New York Stock Exchange was founded on March 8th.

Another important holiday to Americans is Christmas, December 25th. Most people look forward to Christmas positively. Some experience great disappointment after its arrival. Jason Robards (born July 26, 1922), an actor who played various presidents often in the movies, also died on December 26th, in 2000. Robards played the role of Abraham Lincoln in the TV movie The Perfect Tribute (1991) and supplied the voice for two television documentaries, first for The Presidency: A Splendid Misery (1964), and then again in the title role of the documentary miniseries Lincoln (1992). 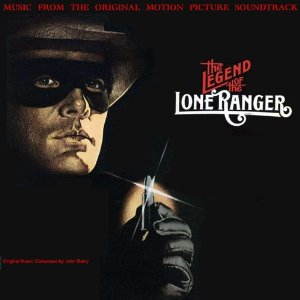 Robards also played the role of Ulysses S. Grant in the dark under-appreciated The Legend of the Lone Ranger (1981) and supplied the Union General's voice in Ken Burns' PBS miniseries The Civil War (1990). He also played Franklin D. Roosevelt in FDR: The Final Years (1980). In 1976 he portrayed Washington Post executive editor Ben Bradlee in the film All the President's Men, based on the book by Carl Bernstein and Bob Woodward. The next year, he played fictional president Richard Monckton (based on Richard Nixon) in the television miniseries Washington: Behind Closed Doors (1977) based on John Ehrlichman's novel based on reality, The Company. Robards second to last film was in the very Fortean motion picture, Paul Thomas Anderson's Magnolia (1999), playing a man dying from lung cancer. Two years after filming, he would die of the same disease on December 26th.

The 26th of December, in the English Commonwealth, is Boxing Day, traditionally a day following Christmas when people in the United Kingdom would box up their presents. The tradition has long included giving money and other gifts to those who were needy and in service positions, but today, it is seen as a banking holiday or another day off from work. It is also St. Stephen's Day, or the Feast of St. Stephen, a Christian Saint's day celebrated on December 26th. It is celebrated with Mummer's parades, and formerly, in Wales, at least, by the bleeding of livestock and "holming" (beating or slashing with holly branches) of late risers and female servants.