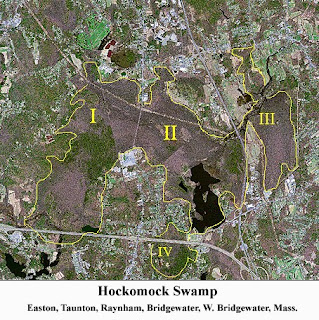 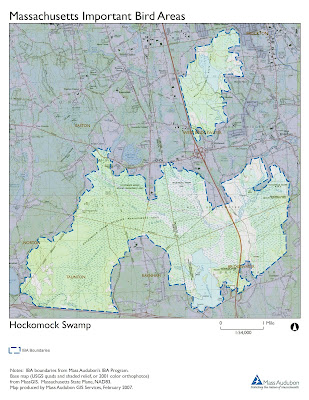 I have written frequently of the bond between places named Devil and Forteana. Europeans coming to America were quite taken with the sinister experiences they had or they would hear about from the Native Americans already here, and these colonists started giving the name Devil to all the locations that were tied to unexplainable phenomena. Almost four decades ago, I wrote my first article about "Devil Names and Fortean Place," and people are still looking into it. A researcher with a remarkable names database living in the Pacific Northwest, Henry Franzoni, told me that as of August 1998, for example, he had found 2,635 places named (or which were formerly named) Devil, Diablo or Diabla in the United States. 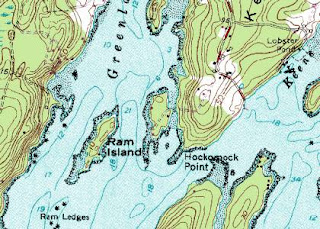 In a related vein is the Algonquin Indian word for the Devil - Hockomock. I first mentioned this connection to the word "devil" in my book Curious Encounters and in early columns in Fortean Times. Franzoni found a total of 10 places in the US named Hockomock: six in Maine, where I now live; two in Massachusetts; one in New Jersey (Hockamik); and one in Minnesota (Hockamin Creek).

I once traveled to, explored thoroughly, and wrote about one of the most famous Hockomocks in the country - the Hockomock Swamp in the Bridgewater (Massachusetts) Triangle. It is a place where people vanish and creatures like giant snakes, Bigfoot, Thunderbirds, and Mystery Cats are frequently seen. Also, sinister crimes and cultic activity centers on locations within the area too. I have talked to Hockomock-area residents and Native Americans about the meaning of the name "Hockomock" to first discover its link to the word devil. Then I looked in a Depression-era Writers Project Administration (WPA) guide, the one entitled Massachusetts, and found it defined the variant name for the swamp, "Hoccomocco," as "evil spirit".

WPA guides are wonderful books to use to track down the origins of place names.

Most libraries have a specific reference book that is usually helpful in the playing of this game, George R. Stewart's American Place Names (NY: Oxford University Press 1970). The book contains and defines the meanings of 12,000 place names, and is a wonderful resource. But Stewart does not always get it completely correct.

Stewart, for instance, writes that "Hockanum, Hockamock, and Hocquan" are Algonquian for "the general idea of being hook-shaped." I know from my research about Hockomock in Massachusetts and Maine, that is not the whole story. Stewart goes on, however, and relates the words "Hobomak, Hobbomoc, Hobbomocka [as] Algonquian, with reference to an evil spirit (cf. Medicine, Waban) or the idea of a place being haunted; by the colonists taken to be 'the Indian devil,' [the name is found in connection to] several features in New England." (p. 207)

In Maine, of course, the "Indian devil" (or locally, "Injun Devil") was a Bigfoot-like creature in the mountains, seen up until the turn-of-the-19th-20th-century, or a panther-like beast in sighted in some forests.

Stewart is not to be totally trusted. For example, even though he clearly senses a relationship between the "evil spirit" origins of his "Hobomak" and "Waban," he defines "Waban" elsewhere in his book as "Algonquin, a name for the east wind," (p. 516).

For more, I have written about these lexilinks, of course, in 1983's and later editions of Mysterious America and in 1985's and later versions of Curious Encounters.

Also, you may find more on these name games:

Name Game and Synchromysticism
Posted by Loren Coleman at 9:44 AM

"Betty McClanahan wrote on her pedigree sheets that the original version of the name is EASTHOPE which is an ancient name in England. It derives from Old English, "east" and "hop" or "hope" meaning "valley."

The Hobby Horse may be related to Hob[bs].

I can only assume the Hocking Valley location of Burr Oak (Ohio) shares the Algonquin "Hockomock" etymon. That whole area is a right Fortean playground - but in lieu of accosting my dear granny with instructions on egg-sucking, I'll just get on with reading the book.