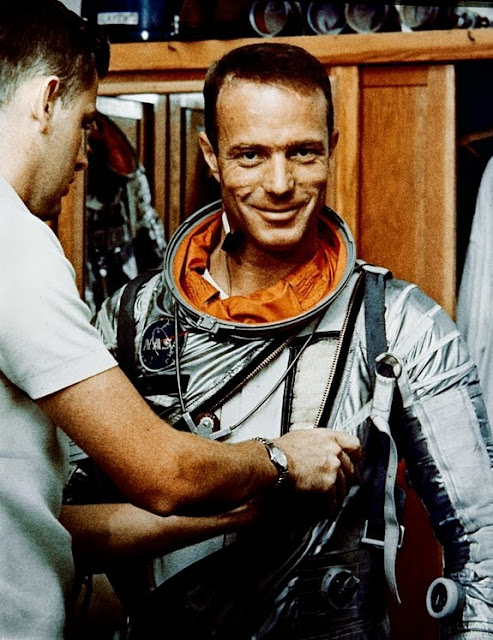 Malcolm Scott Carpenter, 88, one of the original seven Mercury astronauts who was forced to take manual control of his Aurora 7 capsule after running low on fuel in one of the scarier moments of the early space program, died early Thursday, October 10, 2013. 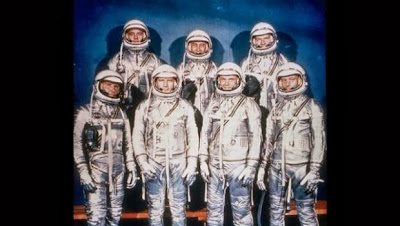 With Carpenter's death, only John Glenn, the first American in orbit, remains of NASA's original seven astronauts....Glenn became the first American in orbit in February 1962. Carpenter served as Glenn's backup and then rocketed into space himself on May 24, 1962, riding into orbit atop the Mercury-Atlas 7 rocket.
During three orbits, Carpenter put his Aurora 7 through its paces and reached a maximum altitude of 164 miles, working through a series of science experiments as the flight progressed. He also because the first astronaut to eat solid food in space -- cubes of chocolate, figs and dates mixed in with high-protein cereals.
... 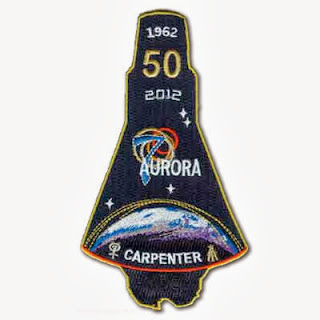 Aurora 7 splashed down in the Atlantic Ocean about 1,000 miles southeast of Cape Canaveral, 250 miles downrange from the planned touchdown point. After a brief scare, search crews found Carpenter about 40 minutes later, safely bobbing in a life raft by his capsule.
Some critics later said Carpenter was distracted by the experiments he was carrying out and that he did not properly manage the on-board fuel supply when he took over manual control. A post-flight NASA analysis credited the astronaut with successfully handling a potentially dangerous situation.
But Carpenter's perceived devotion to science at the expense of engineering during the initial stages of the Mercury program rankled some within the agency. In any case, he never flew in space again. Source. 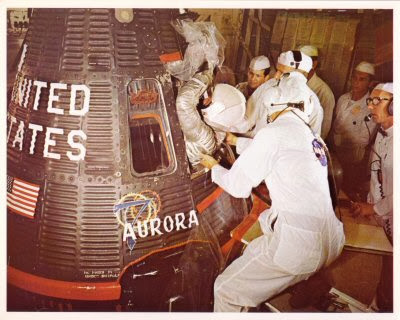 The synchromysticism of Aurora has been discussed often on his blog. See, for example, "Aurora: Synchromystic Wonderland."
Posted by Loren Coleman at 7:22 PM

Heroic astronaut Scott Carpenter will certainly be missed and yet in two years - 2015 (hello 2015!) - his puppet namesake "Scott Tracy," will live on in an official remake of the British sci-fi "Supermarionation" series "Thunderbirds" (1965-66).The new series will be titled "Thunderbirds are Go!"
For those unfamiliar with the characters in the program, ex-astronaut/philanthropist Jeff Tracy and his adult sons Scott, Virgil, Alan, Gordon and John (all named after the Mercury 7 astronauts) are behind the organization "International Rescue" - "a top secret organization committed to saving human life when it is threatened by mortal danger."
The official announcement of the "Thunderbirds" relaunch was made on Sept. 30, 2013, just 11 days before Scott Carpenter's passing.

just reading Carpenter's wikipedia and guess what:
" He was raised by his maternal grandparents in the family home at the corner of Aurora Avenue and Seventh Street, until his graduation from Boulder High School in 1943."