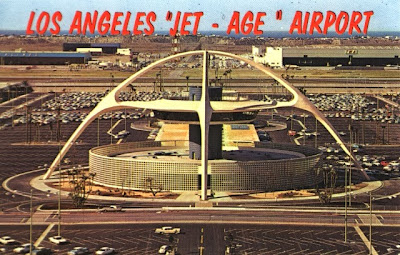 Los Angeles International Airport police reported on October 15, 2013, that two dry ice bombs exploded and two others were found in a restricted area of the airport. No terrorism is associated with the four bombs, according to law enforcement officials. How this was determined is unknown.

“The focus is definitely in the restricted area, not in the areas where passengers have access,” said Sgt. Karla Ortiz. “We want to make sure that that get’s tightened up.”

No one was injured in the explosions -- one Sunday night in an employee bathroom, one Monday night on the airfield near the planes. The incidents are being investigated by the Los Angeles Police Department’s criminal conspiracy division, Ortiz said.

The latest explosion occurred about 8:30 p.m. Monday near the gate area of the Tom Bradley International Terminal.

The iconic terminal art of LAX is known worldwide.

Dry ice is the solid form of carbon dioxide, and a bomb is constructed with the dry ice and a sealed bottle. 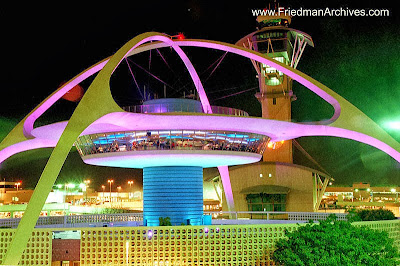 ...the devices -- bottles with dry ice inside -- appeared to be outside the terminal near planes where employees such as baggage handlers and others work on the aircraft and its cargo.
Airport officials will remind employees that “if you see something, say something,” Ortiz said.
“We can’t be everywhere all the time so we depend on them,” she said.The FBI was assisting the LAPD in the investigation into how the devices were placed in restricted areas at LAX.
There was minimal disruption of airport activities on Monday night, but the explosion on Sunday suspended operations in Terminal 2, and flights were delayed until about 8:45 p.m. as the LAPD bomb squad responded. Police estimated that about four flights were affected.
Passenger Feliciano Jiron told KCBS-TV on Monday before the second explosion that he was concerned that a dry ice bomb could be set at the airport, given all of LAX's security measures. 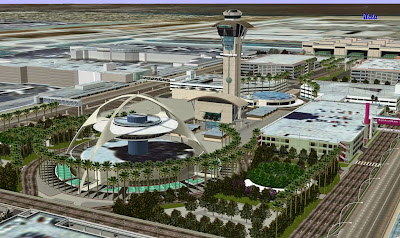 It will be recalled that the terminal was the target of a terrorist attempt when Al-Qaeda attempted to bomb LAX on New Year's Eve 1999/2000. The bomber, Algerian Ahmed Ressam, was captured in Port Angeles, Washington, the U.S. port of entry, with a cache of explosives that could have produced a blast 40x greater than that of a devastating car bomb hidden in the trunk of the rented car in which he had traveled from Canada. He had planned to leave one or two suitcases filled with explosives in an LAX passenger waiting area. He was initially sentenced to 22 years in prison, but in February 2010 an appellate court ordered that his sentence be extended.

Meanwhile, a magnitude-7.2 earthquake struck in the central Philippines on Tuesday morning, killing over 100 people and severely damaging some of the country's most hallowed churches. The quake damaged and collapsed major buildings in Cebu City, a heavily populated commercial center in the central Philippines. Also, a 5.0 earthquake shook 44km SE of Jorochito, Bolivia, on October 15, at 16:15. A 4.8 earthquake hit 17km WSW of Nereju, Romania, on October 15, at 22:33. A 6.4 earthquake occurred near Crete on Saturday, and several aftershocks were felt from Crete to Israel in the following days.
Posted by Loren Coleman at 7:04 PM