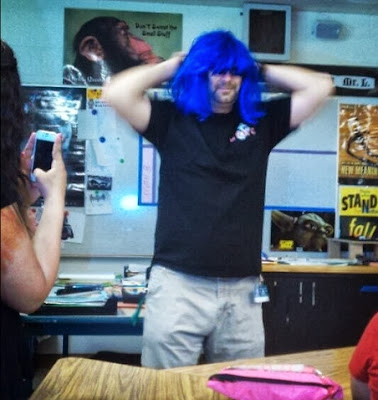 Michael Landsberry is a victim of the Sparks Middle School shooting.

This morning, Monday, October 21, 2013, two shootings in Nevada and one in Detroit have started off this week's news cycle.

Police said the first shots in the Sparks, Nevada, shooting were fired from a semiautomatic handgun at 7:16 a.m. (9:16 a.m. ET), just before classes got underway.

The school shooting in Sparks, left two students wounded, and the gunman dead from his own suicide. One teacher was also killed.


A family member of a [math] teacher killed in a shooting on the campus of Sparks Middle School in northern Nevada identified him as 45-year-old Michael Landsberry.
Landsberry was one of two people who died after gunfire rang out on the campus about 7:15 a.m. Monday, shortly before began. A student, who police said was the likely shooter, also died, while two other boys students were critically injured.
One was out of surgery and the other was doing well, according to police.
...
Police said the shooting happened on the school's campus, but outside the school building itself. 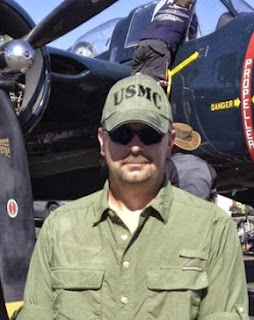 Michael Landsberry served two tours in Afghanistan with the Nevada National Guard and was well known in the school community.

According to Landsberry's sister-in-law, the teacher was a military veteran.
Nevada Gov. Brian Sandoval said he was saddened to learn of the horrific shooting.
...
Sen. Harry Reid, D-NV, said he sends his condolences to the victims' families.
"No words of condolence could possible ease the pain, but I hope it is some small comfort that Nevada mourns with them," Reid said in a statement.
Rep. Dina Titus, D-District 1, called Monday a harrowing day for the state.
"My thoughts are with the victims' families and all those affected by this morning's tragic shooting at Sparks Middle School," Titus said in a statement.
Sen. Dean Heller, R-NV, also extended his condolences.
"Today's events at Sparks Middle School are unsettling and concerning," Heller said in a statement.
The school enrolls about 700 students in 7th and 8th grades. Source.

The meaning of the name Landsberry is worthy of examining:


Recorded in various spellings including: Landsbury, Lansbery, Lansberry, Langsbury, and Lansbury, this is an English surname of conjectural origins. It appears to originate from a place called 'Lang byrig' or similar, Olde English pre 7th century words meaning 'the long fort', however no such place, or any similar spelling, is to be found in any of the known gazetters of the British Isles. This is not in itself wholly unusual. An estimated five thousand surnames of Britain are believed to derive from 'lost' medieval sites, of which the only reminder of the place in the 20th century is the surname itself. This is often, as with this one, in a wide variety of spellings, itself a further indication of a 'lost' site. As to why places disappeared is a subject of a separate study by the Historical Monuments Commission of England and Wales. This survey indicates that changes in agricultural practice in the 17th century are the usual reasons, but the plagues of medieval times, and even civil war in a few instances, have played their part. In this case examples of the surname recordings have been taken from the surviving registers of the diocese of Greater London. These include William Lansberry at St Olaves church, Southwark, on September 27th 1657, John William Landsbury at St Johns Hackney, on June 3rd 1787, Thomas Lansbury, who married Mary Parsons at the famous church of St Mary-le-Bone, on March 13th 1810, and Elizabeth Langsbury, who married Daniel Kite at St Dunstans in the East, Stepney, on June 11th 1821. Source.


(See this other earlier source.)

In 2006, a boy using his father’s .38-caliber pistol opened fire at another Reno-area middle school and wounded a boy and girl, both 14, a local newspaper said. A gym teacher was honored later for ending the episode by telling the boy to drop the gun and bear-hugging him. James Scott Newman, 14 at the time of that shooting, pleaded guilty to battery with a deadly weapon and got house arrest until he completed 200 hours of community service.

Meanwhile, elsewhere in Nevada on the same day as the Sparks shooting,


Police say one person is dead and two others are injured in a shooting in a Las Vegas Strip nightclub inside Bally's casino.
Las Vegas police Lt. Jay Roberts said a suspect is in custody. The victims were taken to University Medical Center.
Roberts says the shooting happened before 6 a.m. Monday at Drai's, an after-hours club. Source.

And there was also a shooting in Detroit:


Police say two women are dead and a man is in custody after a shooting at a Detroit senior center.
The shooting happened Sunday evening after police say the 65-year-old suspect had an argument with his girlfriend that ended their relationship. They say the man went to his apartment at the Pablo Davis Elder Living Center, got a rifle and started looking for two residents he blamed for the breakup.
Police spokeswoman Kelly Miner says the man shot the first woman, who was in her 50s, as she sat on a bench outside the apartment building. Miner says he then went inside and shot the second woman, who was in her 60s.

Posted by Loren Coleman at 1:07 PM

Interesting that the sheriff isn't releasing the name of the shooter. This is a useful development, don't you think? It will prevent the media from creating a profile and biography of the shooter. By keeping him anonymous, copycats can't identify with him.