A Name Does Not A Wise Man Make 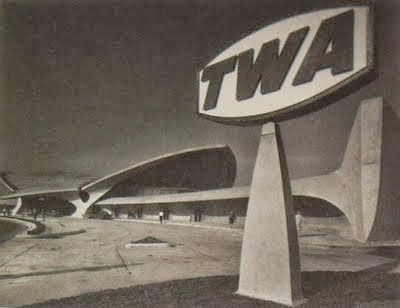 The TWA Flight Center, Idlewild, was designed by Eero Saarinen. 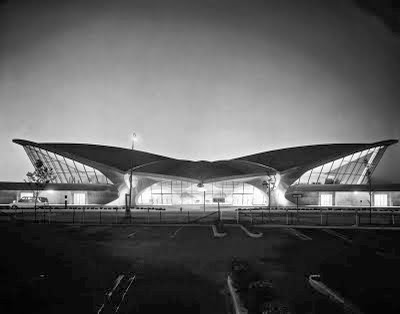 New York City's largest airport, once known as Idlewild (for a former golf course), has been called John F. Kennedy International Airport since 1964.

The man approached a United Airlines counter around 7:45 a.m. and told an attendant that he had two cases containing firearms that he wanted to check for his flight. His cases contained two 9-millimeter pistols, two magazines capable of holding 15 rounds of 9-millimeter ammunition, and two .22-caliber rifles. One of the rifles had a round in the chamber, and both were missing serial numbers. The two rifles had been painted, one purple and one silver, and the young man also had a shotgun with him. 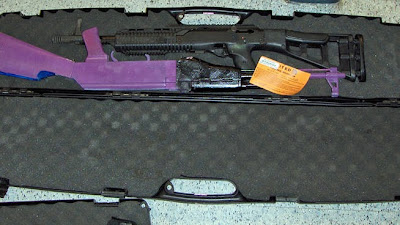 Keenan Draughon, of Clarksville, Tennessee, had the weapons in his luggage, according to Port Authority Police, who said that one of the rifles was loaded.

Draughon, who was charged with criminal possession of a weapon, was traveling to Charlotte, North Carolina.

Keenan (Cianán) is a male Irish name which means "ancient, distant." Keenan is an Anglicization of the Irish name Cianán which is a diminutive of Cian. The Ó Cianáin clan (Keenan) were the traditional historians to the McGuire clan.

The ancient pre-10th century Gaelic name O' Cianain meaning "The descendant of the faithful one" or something similar. It may not have been entirely coincidence that the clan was famous throughout the Medieval Period for producing both high-ranking members of the church, and early historians, in several cases the same thing.

Draughon is a version of Drohan, an Irish name, a reduced Anglicized form of Gaelic Ó Druacháin, "descendant of Druachán," a byname representing a diminutive of druach, "wise man."

Was Keenan Draughon a masterful ancient wise man, in this situation in the old lands of Idlewild?

Perhaps with this month the 50th anniversary of the assasination of JFK there will be an upsurge in Kennedy related stories, be they indirect like this story with JFK Airport or direct , as with the auction of Oswald's wedding ring, among other memoribilia.

Articles tend to cite LHO as THE killer, without question.