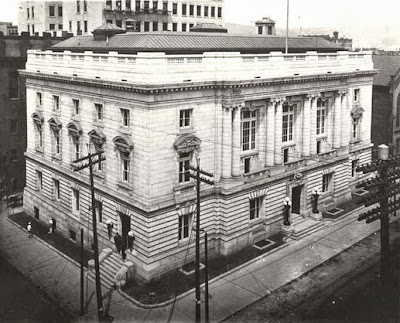 There was another gun attack against a Federal today, allegedly by a lone shooter. In late news, a bomb threat has been linked to it. Why did it all bring to mind Star Trek?

Thomas Piccard, or Thomas Picard, a former Wheeling, West Virginia police officer, was identified as the gunman who fired shots at the Wheeling Federal Building on Wednesday, October 9, 2013, before being killed by police officers. Law enforcers said the shooter was 55-year-old Thomas J. "Tom" Piccard of Bridgeport, Ohio. He retired from being a police officer in Wheeling in 2000. 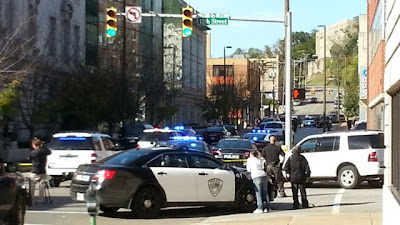 Piccard fired multiple rounds into the federal building during the afternoon before he was shot dead by a policeman. A court security officer also shot the gunman.

A security guard suffered minor injuries when Piccard fired an estimated 20 rounds into the building at 2:30 p.m. City resident Carla Webb Daniels said she saw the man reload his assault rifle and then fire at a nearby YWCA. She said he fired between 25 and 30 rounds. 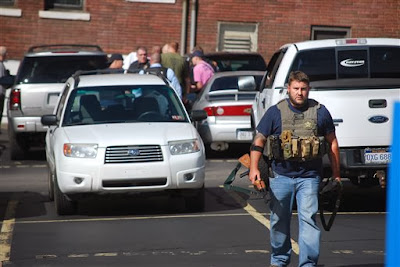 Piccard began firing from a Chase bank parking lot across from the federal building. He was observed in the parking lot very quickly after the first shots were fired.

Authorities identified the gunman first as Thomas Picard, later with the surname Piccard, who died at a local hospital. U.S. Attorney William Ihlenfeld said he was a former Wheeling police officer.

An unidentified store manager said it sounded like the shooter used two different weapons. At a news conference late Wednesday, Piccard was said to have been armed with an assault weapon and a handgun.

The building houses the U.S. District Court for the Northern District of West Virginia, along with regional offices of the Social Security Administration, the Environmental Protection Agency and the General Services Administration.

Investigators were searching Piccard’s home in hopes of determining a motive and if he acted alone.

Officials said it was too early to tell whether Piccard was targeting anyone in the building or what his motive may have been. Asked if the gunman had any beef with the U.S. government, authorities said, “We’re really digging hard at this point to find out.”

The building houses a variety of courtrooms and related offices, including judges, prosecutors and law enforcement.

Although reportedly living in Bridgeport, Ohio, at the time of the shooting, Piccard was a former Wheeling resident (see obituary of his mother, Nancy Joan Borchert Piccard Griffiths, here).

Reporter Glenn Bolich noted that police, FBI and the Allegheny County bomb squad were on scene Wednesday night in Bridgeport, Ohio. The bomb threat is related to the Wheeling shooting, he said.

Tom Piccard, the shooter, had a "threatening" note in Latin scrawled on side of his trailer, reports Glenn Bolich, WTOV9-Steubenville, Ohio.

According to The Intelligencer/Wheeling News-Register, "scrawled on the exterior of a trailer in Bridgeport (Ohio) is a variation of the following phrase, in Latin: 'Abandon hope all ye who enter this place.'"
That of course is from Dante's Inferno and in Latin is: Lasciate ogne speranza, voi ch'intrate.

Pretty grim, it would seem.

We have more to learn about Thomas Piccard, it would seem. 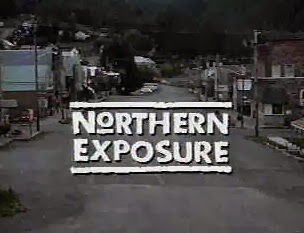 Red Dirt Report's Griffin made these further observations, in comments directly to me, after reading an earlier version of this posting:

The city where Piccard's actions took place - Wheeling, West Virginia (Wheeling is 98 nautical miles upstream, on the Ohio River, from Point Pleasant, West Virginia) - was noted rather frequently in one of my favorite TV shows - Northern Exposure (1990-1995). One of the show's stars was John Corbett, who played the philosophy-espousing deejay and motorcycle outlaw Chris Stevens. His character was from Wheeling and actor Corbett also is from Wheeling. Chris was known to quote from Dante while on the air.In a fascinating 1994 episode of Northern Exposure, titled "Una Volta In L'Inverno," shopkeeper Ruth-Anne tries to learn Italian so she can read Dante's Divine Comedy in its original language. Chris, meanwhile, is trying to help sunlight-deprived trapper Walt get off his "light visor" using "tough love," the way he used tough love for a codeine-addicted, gun-toting friend back in Wheeling. Actor John Corbett was born May 9, 1962. 697 years earlier, to the day, Dante Alighieri was born.

One more thing about the aforementioned Northern Exposure episode "Una Volta L'Inverno." I just rewatched it this morning and something caught my attention. During a scene where Cicely's mayor is trying to rally the townspeople to help her rid the streets of annoying herds of caribou, former Wall Street banker-turned-trapper Walt (wearing a visor to fend of SAD - seasonal affective disorder, being they live in Alaska) blurts out: "Rattle their soundsystems. Low-range harmonic waves. 100,000 hertz, say. Transmit in three second bursts. They don't like that kind of thing. Mess with the head, the body follows."The mayor dismisses the idea, while Wheeling native Chris Stevens looks across the table at Walt a bit bemused.

News reports note that Piccard lived in the "Presidential Estates" housing addition in Bridgeport, Ohio (across the Ohio River from Wheeling, W'Va.) and that he lived on Johnson Street. Google Maps shows the Presidential Estates as featuring street names of 20th century presidents - Eisenhower, Nixon, Hoover, Kennedy and, of course, LBJ. However, the main street leading into the housing addition is Adams Drive. John Adams, presumably? Of course LBJ rose to power in the wake of JFK's assassination, a tragedy that took place 50 years ago next month.


(Northern Exposure's Chris Stevens, of course, is not the same Chris Stevens who was the U.S. Ambassador of Libya who was murdered when the U.S. consulate in Benghazi, Libya, was attacked on September 11, 2012.)

Matt Bell sends along this thought: "I read 'Wheeling' and I hear Shelby Downard say, in his idiom (something like), 'Over at Wheeling, West Virginia...that's where you have your shrine of Osiris.'" 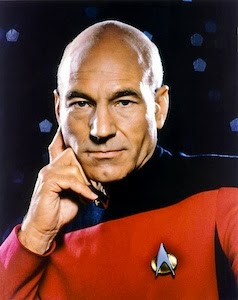 The name Picard is familiar-sounding today because of the Star Trek character, Jean-Luc Picard.

In late 2366, Starfleet Captain Jean-Luc Picard is assimilated into the Borg and his Borg designation is give as "Locutus of Borg" (pictured). 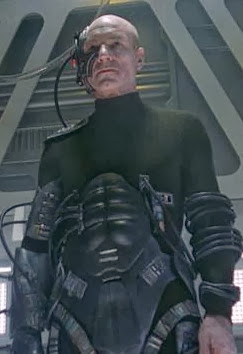 
As for the name Locutus, Michael Piller termed it as "a name which I got out of the dictionary about language – I think it's a Latin word for language." (Star Trek: The Magazine Volume 1, Issue 23, p. 17) Locutus actually means "having spoken" or "he who has spoken" in Latin, still an appropriate name for one serving as spokesman.

In many of the recent Washington D. C. violence incidents, you will have noted an underlying theme of voices in people's head, hearing voices, being controlled, and related behavioral descriptions. A fictional theme of the Borg in Star Trek was one of the control of the individual for the well-being and support of the hive.

Piccard and/or Picard is a surname meaning a person from Picardy, a historical region and cultural area of France.

This interesting surname [of Picard] can have two possible origins, both French. It can be locational and refer to someone from Picardy (Picardie) in Northern France and Normandy or else be derived from a French personal name compounded of "Pic" and -"hard" composed by analogy with Richard, in which form it was to give rise to the variant surname Pitcher. A form of the personal name Pickard is found in England as early as the 12th Century as Paganus filius (son of) Pichardi from the "Pipe Rolls from Hampshire" (1160). The surname has also emerged in records by this time (see below); a John Pikart was recorded in the Huntingdonshire Hundred Rolls (1279). In church records for Yorkshire one Agneta Pickard is noted as marrying Edwardus Bruce at Farnham on November 5th 1577. A later marriage was that of Bridget Pickard to John Grenup at Holy Trinity Church, Micklegate, York on May 9th 1626. The first recorded spelling of the family name is shown to be that of William Pichard, which was dated 1169, in the "Pipe Rolls of Hampshire," during the reign of King Henry 11, known as "The Builder of Churches," 1154 - 1189. Surnames became necessary when governments introduced personal taxation. In England this was known as Poll Tax. Throughout the centuries, surnames in every country have continued to "develop" often leading to astonishing variants of the original spelling. Source.

Intriguingly, the cloned "son" of Picard, named Shinzon, in 2002's Star Trek: Nemesis, was played by actor Tom Hardy, who was Bane in 2012's The Dark Knight Rises. For more on Bane lexilinks, see here.

(Enki H/T for word of initial shooting.)
Posted by Loren Coleman at 11:45 PM

"Tom Piccard, the shooter, had a "threatening" note in Latin scrawled on side of his trailer"

I'll bet it was 'sic semper tyrannis'--death to tyrants.

After reading the 'Breakdown of the Bicameral Mind', by Julian James, one wonders if the bicameral mind isn't coming back together. The Hive Mind seems a bit pissed.

“Mad Max is caught up with a group of people fleeing across the Wasteland in a War Rig driven by the Imperator Furiosa. This movie is an account of the Road War which follows. It is based on the Word Burgers of the History Men and eyewitness accounts of those who survived.”[2]

Again with the Latin...

"Lasciate ogne speranza, voi ch'intrate" isn't Latin, however. It's Italian. And it also isn't threatening -- it's despairing. You can always trust the newspapers to get these things wrong.

Seriously, how "threatening" can a note be in this day and age if it is written in Latin? Most people would need to run it through Google Translate, which would probably screw it up anyways.