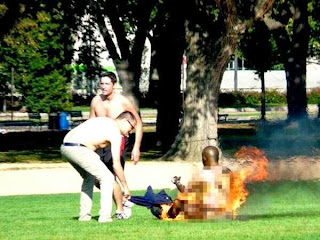 October 4, 2013, was the day that the 64-year-old African-American ex-Marine Vietnam vet John Constantino picked to immolation himself on the National Mall. Historically, October 4, 1965, is acknowledged during the Vietnam War as when LBJ began actually bombing Cambodia. Did Constantino know the significance of the date? Certainly, it cannot be ignored that Constantino would have been extremely aware of the role played by self-immolations as a form of protest by Buddhist monks in Vietnam in the 1960s. 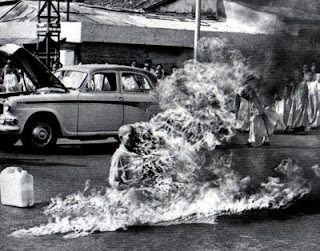 The Mount Laurel, New Jersey, veteran who died by setting himself on fire in Washington, D.C., on October 4th, it was finally revealed, had served his country during the Vietnam War, officials said yesterday. John Constantino, 64, was an active-duty Marine from December 1968 until May 1973, according to the U.S. Department of Veterans Affairs. President Richard Nixon ordered U.S. forces to withdraw in 1973, and the war ended in 1975. Constantino was also receiving veteran benefits, a Veteran Affairs spokesman said.

The Courier-Post reported earlier that property tax records indicated Constantino was a disabled veteran. It’s not clear at this time what that disability was.

The name Constantino is Latin, and its meaning is "constant, steadfast."


John Constantine is the character created by Alan Moore in the Hellblazer comic, noticed Greg Taylor. 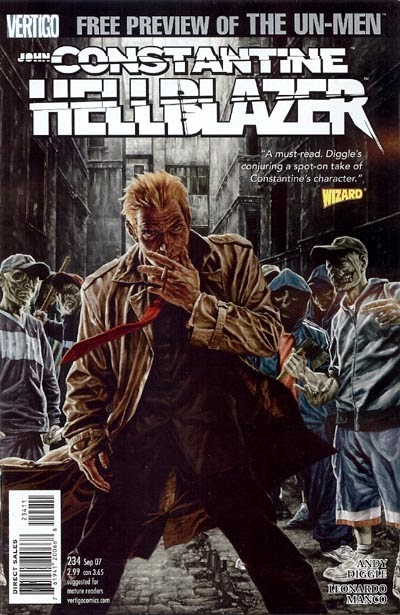 Recently there was some news that plans were being made for a TV series based on John Constantine. 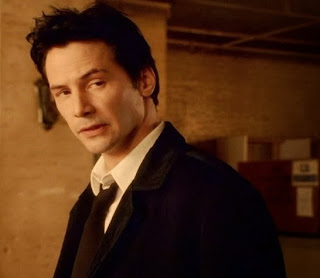 Enki puts all these links in this context:

A character with a very similar name is also associated with flames and suicide. John Constantine is a character co-created by comics legend and magickian Alan Moore, and portrayed in the film Constantine by Keanu Reeves.
John Constantine first appeared in the DC comic Swamp Thing. This resonates with the nation's capital, where Constantino met his end, in two ways: There is the obvious DC / DC parallel; and there is a popular belief, although it is an exaggeration, that Washington DC was built on swampland. John Constantine later appeared in the fire-resonating comic Hellblazer.
In the film adaptation Constantine, the titular character completes suicide and spends two minutes in Hell before being brought back to life by paramedics.

Of course, as RPJ mentions, "there's the whole thing with Alan Moore & the Northampton clown."
Posted by Loren Coleman at 2:16 PM

A bit off-topic perhaps, but I'm a bit unnerved that this poor man's suicide wasn't a bigger story than it was.

I realize there are a lot of other things going on in the world now, but a man sets himself on fire in the National Mall for no known reason and...it's a one-minute story on the news that is almost immediately forgotten?

I agree completely with Undine. Sad to see all these recent deaths & personal tragedies become transient diversions in our 24/7 news consumption.

While it was super-heated water and not fire, Emperor Constantine killed his wife Fausta - whom he believed had betrayed him - by scalding her to death in a super-hot bath.

Check out the Self-Immolations of Tibetans. Over a hundred over the past few years