The man who used his own self-immolation to protest something has died. And, as I have been pointing out of late, he happens to have been an African-American, as seen from published photos.

This follows a pattern of the recent "random acts of violence" highlighted by the media. 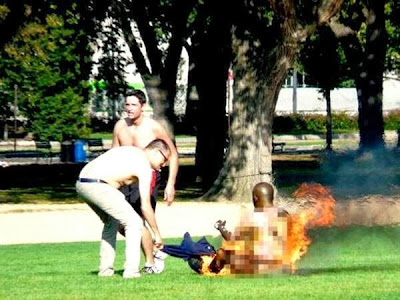 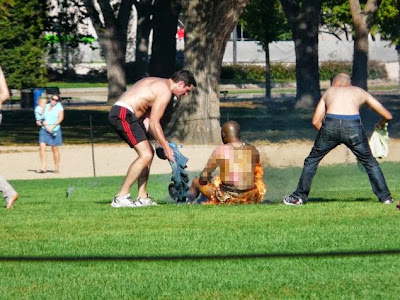 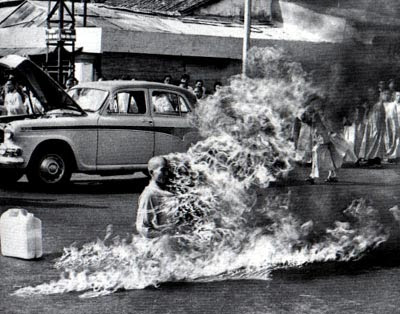 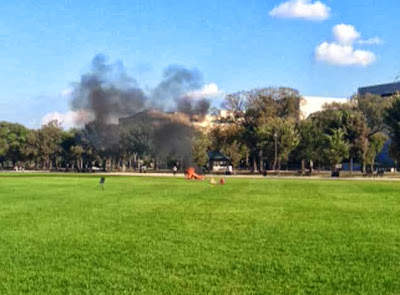 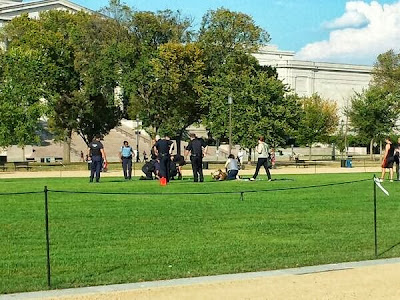 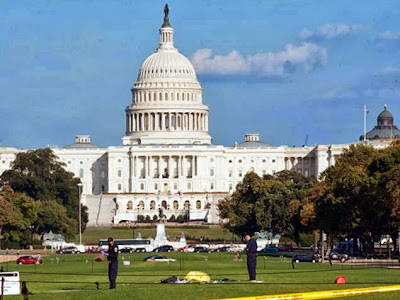 If there has not been enough dramatic news in Washington D.C. recently, now comes a man setting himself on fire on Friday, October 4, 2013.

It occurred on the National Mall in Washington DC, near the White House. Witnesses at the scene report seeing a man pouring gasoline over himself from a red cannister before setting himself on fire at around 4:20 PM local time (20.20 GMT). 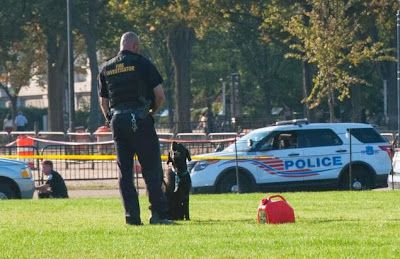 Nearby joggers ripped their shirts off in attempts to beat down the flames before emergency services arrived.

The man was flown by helicopter to the nearby Washington Hospital Center after receiving major burns, with firefighters saying that he was “conscious and breathing” although in a serious condition.

The man set himself on fire as a protest, although it remains unclear what exactly he was protesting against.

It is worthy of noting that Gudup, a 43-year-old Tibetan writer, self-immolated on October 4, 2012 in Biru County, Tibet (in Kham region, at Driru Dzong), in a protest to "Free Tibet."


His name is unknown, at this time. Check back here from time to time to see if this information is revealed.

The time of the self-immolation, 4:20, is noteworthy. 4:20 is a time (and 4/20, a date) when many marijuana users like to "burn one." The biggest recent story out of D.C. is the partial shutdown of the federal government, and the shutdown began on the same day as the less publicized shutdown of Silk Road, a darknet site which allowed customers to purchase marijuana and other illegal drugs.
Fire resonates with the aforementioned Black Madonna, as well. The Polish Black Madonna is theorized by some to have acquired its darkness from the soot produced by a fire. Also, a ritual of burning a wheel (resonates with tires) of fire has been sometimes used to venerate the Black Madonna.
One wonders if the copycat effect is at work in the recent spate of D.C. tragedies. It is interesting that an anagram of "Miriam Carey" is "mimicry area."

More on Miriam Carey can be found here. 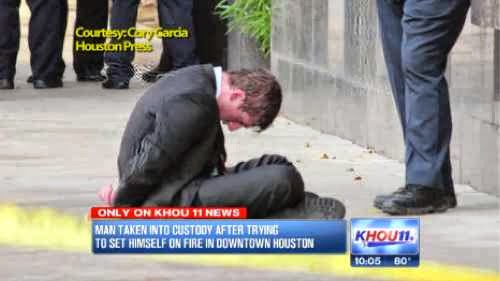 Meanwhile in Texas... ...about the same time that the D.C. self-immolation was drawing national attention, most news outlets missed an eerily similar act was being attempted 1400 miles away, in Houston, Texas. Reports state that in Houston, about two hours later, another man whose name has not been released, poured a red can of gasoline over himself and tried to light himself on fire. He was unsuccessful and passersby stopped him by gaining control of the lighter he was using. He was taken to a hospital. That happened at about 5:00 PM local Houston time.
Posted by Loren Coleman at 8:50 PM

And nobody knew what he was protesting about? I hope he recovers but if he should ever think about doing it again, I guess he should get his point across first because I wouldn't want that pain for nothing.

My first thought was that he was copying the man in Tunisia, who's self-immolation served as a catalyst for the Arab Spring protests. Perhaps he has a similar back story (unemployment, et al.) and was hoping for similar results here?

Like your article, and all your work. Yes I'll agree- odd how there seem to be a number of black players in all these very strange occurrences. The ' driver' in DC, the woman shot to death. The self-immolator, the 'Navy Shooter'. And these weird happenings still haven't received any real, believable explanations. None of these, so far, really makes sense. Quite curious...

A black man in the 'North' and the white man in the 'South'. Well, it does seem that the US is at war with itself; Civil war or perhaps 'civilian war'.

The US seems deeply fractured yet [ media and politicos] continues to look abroad for problems to solve [ Syria et al ], while it hobbles bankrupt, financially and morally, to some prozac-disguised cess pool.

or alternatively , the US is its own lone-gun-man/law-enforcement-officer stalking/tracking itself to the inevitable shoot-out.

That reminds me a shooting on 4-20-13 that left two wounded by gunshots at a pro-pot "420" rally in Denver. The two African-American gunmen managed to get away, even though "a large number of police officers were already at the downtown Denver park watching the marijuana rally... ."