What Ever Happened to Baby Jane?, The Shining, and Corn Flakes

What Ever Happened to Baby Jane? is experiencing renewed interest because of the FX miniseries, Feud, about the making of the 1962 movie.

What Ever Happened to Baby Jane? is an American psychological thriller film produced and directed by Robert Aldrich, starring Bette Davis and Joan Crawford, about an aging actress who holds her paraplegic sister captive in an old Hollywood mansion. The screenplay by Lukas Heller is based on the 1960 novel of the same name by Henry Farrell. Upon the film's release, it was met with widespread critical and box office acclaim.

The Baby Jane film introduced Victor Buono (as Edwin Flagg) to film audiences. He was previously known as an acclaimed actor on Broadway. He would go on to be most famed as the villain King Tut on the television series Batman (1966-1968).

The surname Buono was created from the personal name Bona, which is derived from the Latin name Bonus, which means "good."

The movie's director, Robert Aldrich, was born in Cranston, Rhode Island, the son of Lora Lawson and newspaper publisher Edward Burgess Aldrich. He was a grandson of U.S. Senator Nelson W. Aldrich (who was the grandfather of Nelson Aldrich Rockefeller and  great-grandfather of John Davison Rockefeller). Senator Aldrich’s great-grandson, John D. Rockefeller IV, is the senior US senator from West Virginia. Robert Aldrich was a cousin to Nelson Rockefeller. Rockefeller was the 41st Vice President of the United States under President Gerald Ford from 1974 to 1977. Nelson A. Rockefeller's middle name was Aldrich. The Aldrich and Rockefeller families were often intermarried. One name game in all this is "rock-a-fella" = a mason.

The name Aldrich is an English name, with the meaning being, "aged and wise ruler."

In What Ever Happened to Baby Jane?, Aldrich set up a scene with Victor Buono and his character's mother, Dehila (played by Majorie Bennett), that has literally a field of Kellogg's Corn Flakes in it. 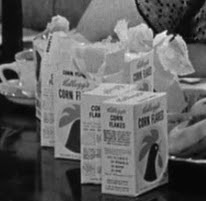 For more on the twilight language behind corn and corn fields, see here and here. 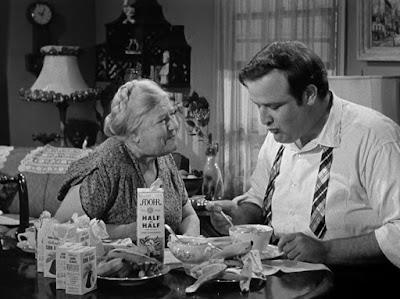 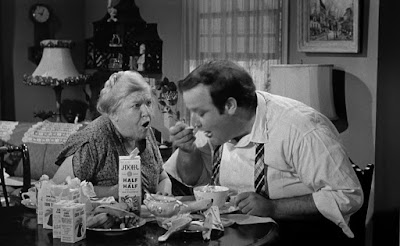 Kubrick hid lots of things in his films. 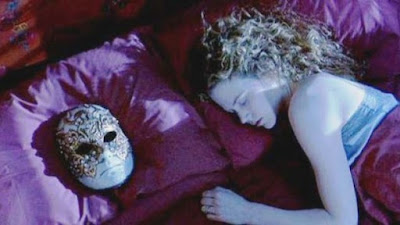 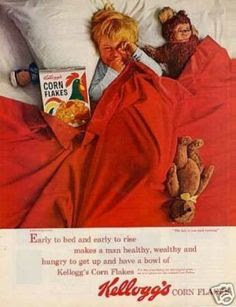 Bears in The Shining 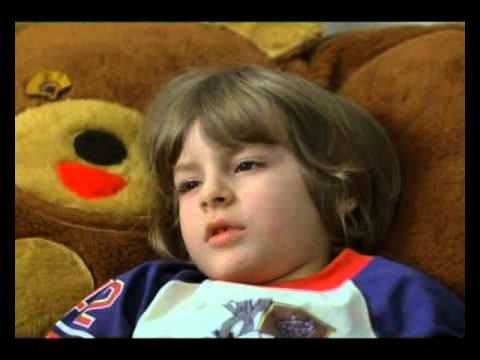 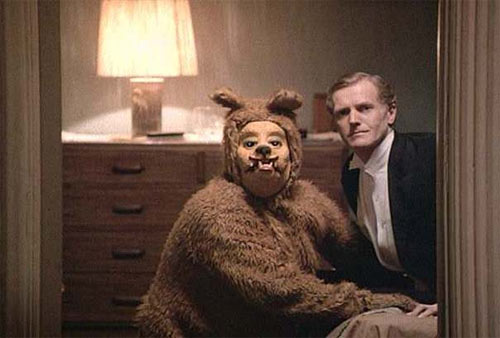 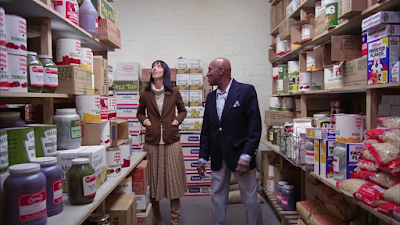 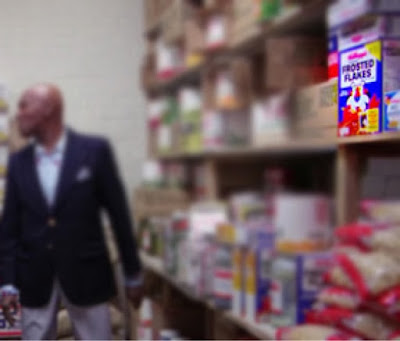 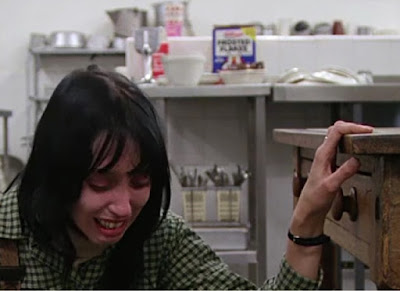 Stanley Kubrick took his time to create the theater of his frame in the pantry of The Shining. 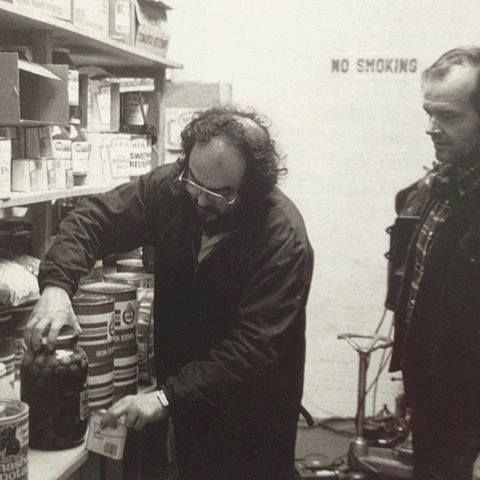 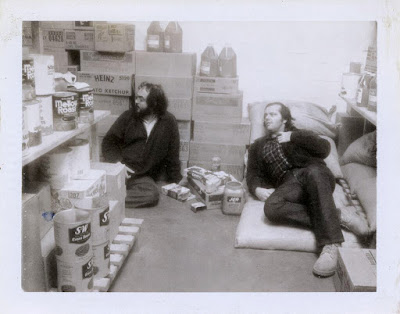 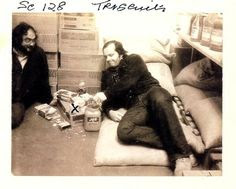 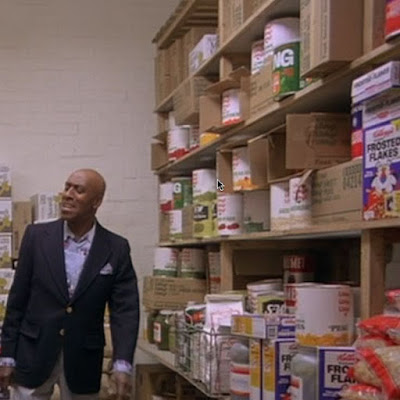 In the documentary, Room 217, various theories behind The Shining are laid out. Others have tackled other parts of the film, including one short video on YouTube about the Frosted Flakes. 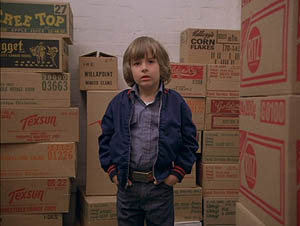 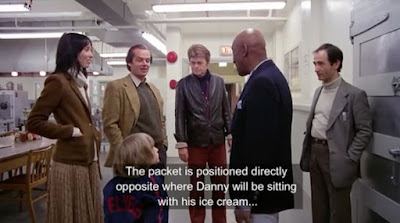 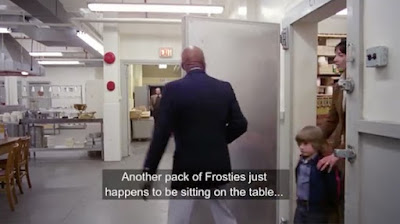 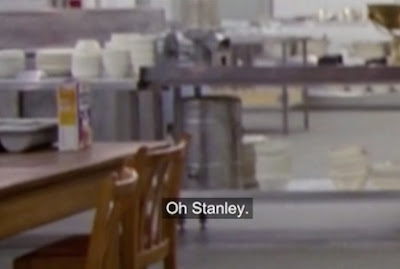 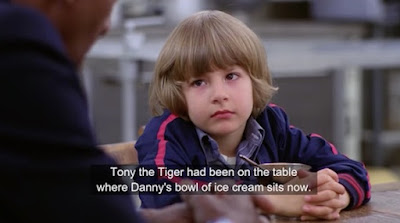 Tony the Tiger first appeared in conjunction with Kellogg's Frosted Flakes in 1952. 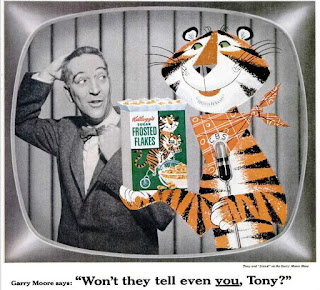 For more on corn, see here and here. 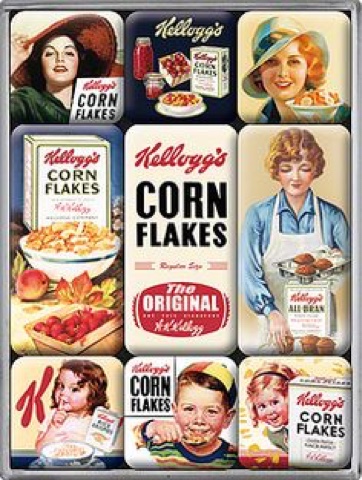 (h/t to Jenny for the What Ever Happened to Baby Jane? screen capture.)

Loren, thank you for connecting Danny's Tony to Tony the Tiger! That was a Shining enigma I couldn't crack. Awesome collection of corn.