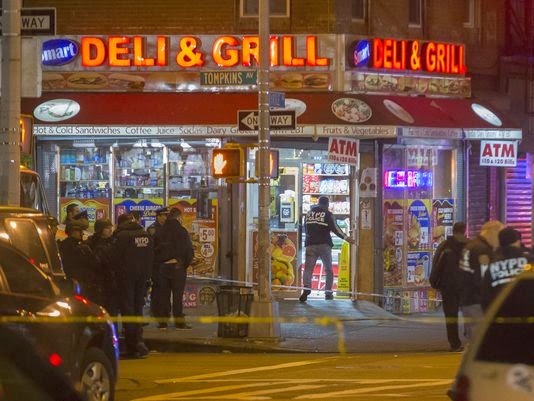 "This is just the beginning. There are people out there who will want to be copycats. The tension out there is the worst I’ve ever seen it," stated a police officer, who happened to be AfricanAmerican.

In a horrific moment, two New York City police officers were shot "execution-style" and killed December 20, 2014, Saturday afternoon, while in a parked patrol car in Brooklyn, in the Bedford-Stuyvesant area pictured above.

The officers were killed outside the Tompkins Houses in Bedford-Stuyvesant about 2:45 p.m. Tompkins Avenue is photographed above, as near the site of this slaying. Tompkins is a patronymic form of Thomas, from the nickname Tom, and the added diminutive suffix "- kin," meaning near relative, plus the suffix "-s," itself a short form of "son." Thomas is ultimately of biblical origin, deriving from an aramaic byname meaning "twin," and was borne by one of Christ's disciples, best known for his skepticism about Christ's resurrection. Thus Tompkins means "twin sons" or "son of a twin."

A twin, of course, is literally a copycat.

Bratton acknowledged the danger officers face as part of the "thin blue line between us and anarchy....They were, quite simply, assassinated, targeted for their uniform and the responsibility they embraced," Bratton said. "Both were ambushed and murdered."

Bratton said the attacker approached the officers' vehicle from the passenger side and opened fire, shooting his weapon several times. The officers, Wenjian Liu and Rafael Ramos, "never had an opportunity to draw their weapons" and were "killed with no warning, no provocation...They may have never even seen their assailant, their murderer," Bratton said. 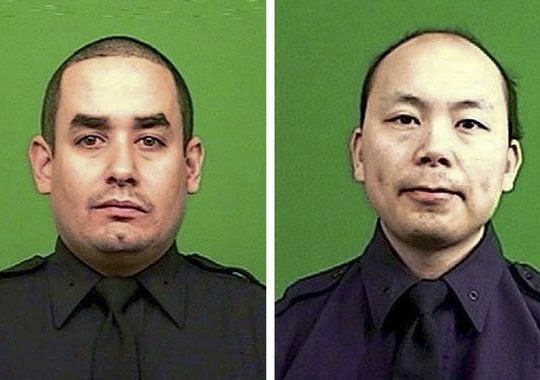 The suspect, Ismaaiyl Brinsley, 28, fled to a nearby subway station, where he was found dead of a self-inflicted gunshot wound, Bratton said. 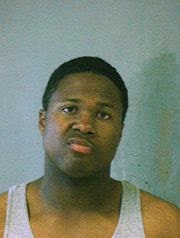 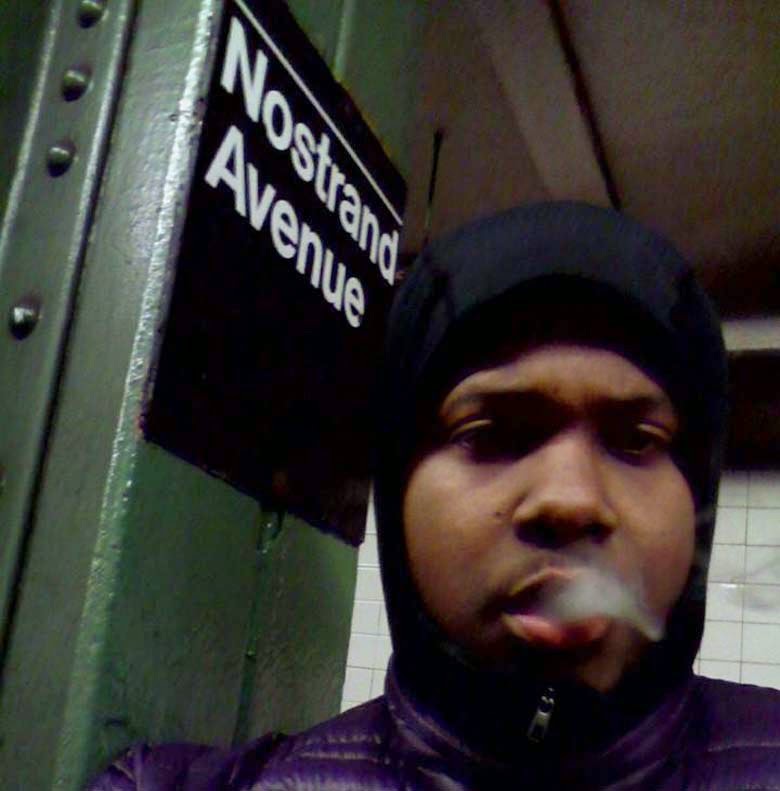 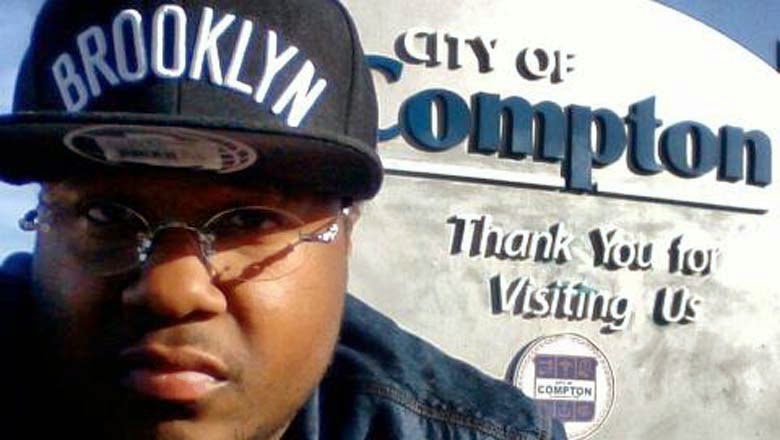 The Internet postings appear to show Brinsley, who is black, wanted revenge for the deaths of Michael Brown in Ferguson, Mo., and Eric Garner in Staten Island, N.Y., police said.

Shortly before the shooting, Instagram user "dontrunup" posted a photo of a silver handgun with wooden grips and the caption: "I'm putting wings on pigs today. They take 1 of ours … Let's take 2 of theirs. #shootthepolice #ripericgardner #ripmikebrown This may be my final post … I'm putting pigs in a blanket."

“I’m putting wings on pigs today. They take 1 of ours ... let’s take 2 of theirs,” Brinsley, 28, wrote on Instagram. This alludes to copycatting and twinning, sadly. 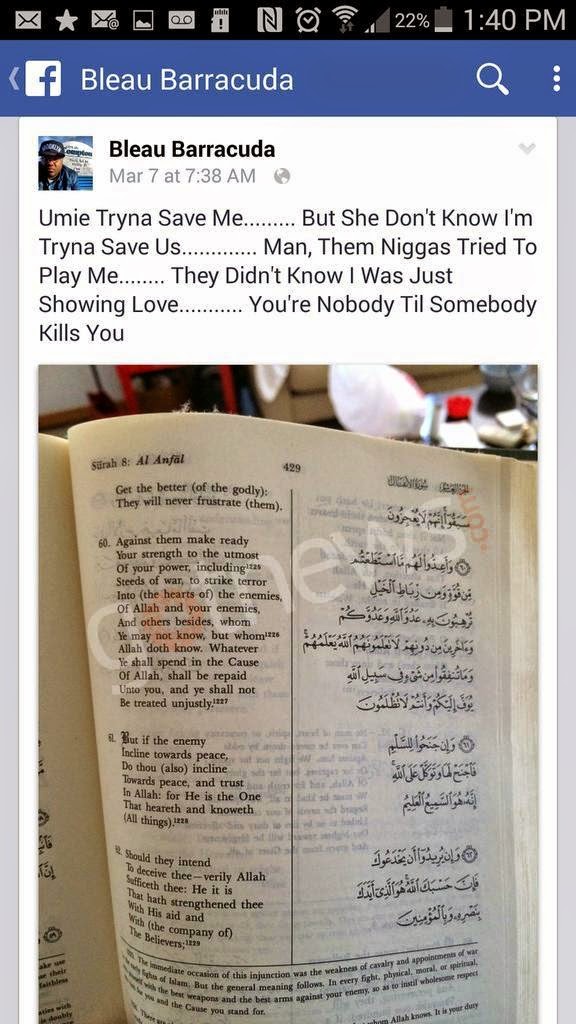 Reports are that Ismaaiyl Brinsley, the gunman, murdered in the name of the Jihad. Ads stating such bias were to be seen in ads on NYC subway clocks, on the waiting platforms. Note this 23 Street location. 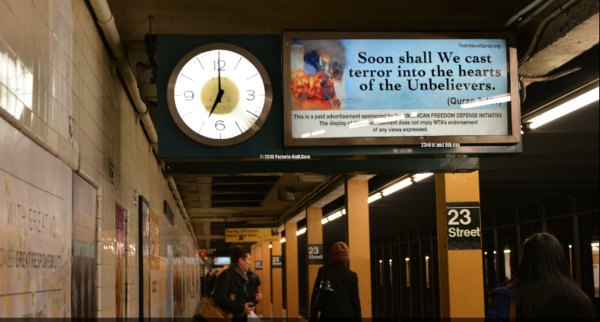 A period of police officer shootings occurred in a concentrated fashion, said to be attributed to Black Panthers and the Black Liberation Army, during the 1969-1971 timeframe.


Learn more about The Copycat Effect.
Posted by Loren Coleman at 10:47 AM

12/20: Bertrand "Bilal" N. is shot to death during his attack against cops in Joué-lès-Tours(http://www.leparisien.fr/faits-divers/indre-et-loire-un-homme-abattu-apres-avoir-attaque-des-policiers-au-couteau-20-12-2014-4389871.php)
"Joué-lès-Tours", meaning "played the towers"