Orion: From Spacecraft to the Son of Poseidon

Orion? Sirius? Poseidon? Helios? Scorpio? Apollo? Why is the simple name of a spacecraft more than meets the eye?

Like in the Philae name game, the twilight language of the Orion spacecraft is linked to a deeper meaning than is obvious from your cable news highlights. 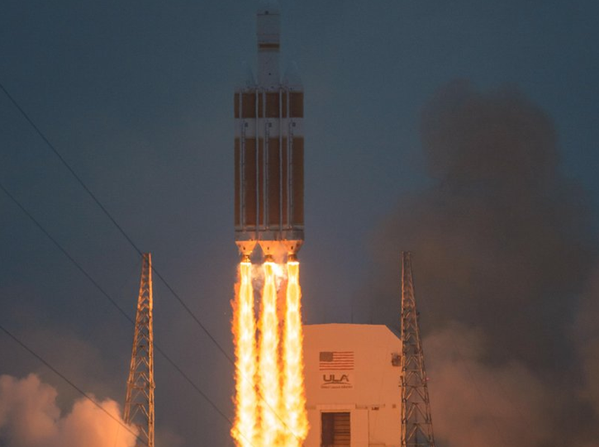 The Delta rocket that launched Orion appeared to be a fiery trident to correspondent RPJ.

The Orion spacecraft was launched on the morning of December 5, 2014, from Cape Canaveral in Florida and finished its first test flight by falling safely into the Pacific Ocean, supported by a trio of parachutes. It was picked up by Navy personnel in a Zodiac (of course).

The details are easy to find in the mainstream media. The Orion blasted off at 7:05 a.m. EST, circled the globe twice, reached 3,600 miles above Earth, then landed in the sea off Baja California. The flight lasted about 4.5 hours, and served as a test of a spacecraft, similar to a large-sized Apollo capsule, which will take humans to asteroids and Mars.

But what is the name game behind the moniker Orion? 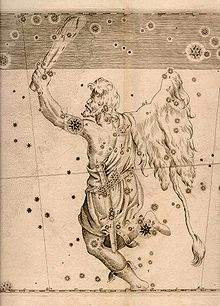 Orion (Ancient Greek: Ὠρίων or Ὠαρίων, Latin: Orion) was a giant hunter in Greek mythology whom Zeus placed among the stars as the constellation of Orion.

In the works of Homer and Hesiod we have linkages of some interest in this quest.


Orion is mentioned in the oldest surviving works of Greek literature, which probably date back to the 7th or 8th century BC, but which are the products of an oral tradition with origins several centuries earlier. In Homer's Iliad Orion is described as a constellation, and the star Sirius is mentioned as his dog. In the Odyssey, Odysseus sees him hunting in the underworld with a bronze club, a great slayer of animals; he is also mentioned as a constellation, as the lover of the Goddess Dawn, as slain by Artemis, and as the most handsome of the earthborn. In the Works and Days of Hesiod, Orion is also a constellation, one whose rising and setting with the sun is used to reckon the year.

The legend of Orion was first told in full in a lost work by Hesiod, probably the Astronomia; simple references to Hesiod will refer to this, unless otherwise stated. This version is known through the work of a Hellenistic author on the constellations; he gives a fairly long summary of Hesiod's discourse on Orion. According to this version, Orion was likely the son of the sea-god Poseidon and Euryale, daughter of Minos, King of Crete. Orion could walk on the waves because of his father; he walked to the island of Chios where he got drunk and attacked Merope, daughter of Oenopion, the ruler there. In vengeance, Oenopion blinded Orion and drove him away. Orion stumbled to Lemnos where Hephaestus — the lame smith-god — had his forge. Hephaestus told his servant, Cedalion, to guide Orion to the uttermost East where Helios, the Sun, healed him; Orion carried Cedalion around on his shoulders. Orion returned to Chios to punish Oenopion, but the king hid away underground and escaped Orion's wrath. Orion's next journey took him to Crete where he hunted with the goddess Artemis and her mother Leto, and in the course of the hunt, threatened to kill every beast on Earth. Mother Earth objected and sent a giant scorpion to kill Orion. The creature succeeded, and after his death, the goddesses asked Zeus to place Orion among the constellations. Zeus consented and, as a memorial to the hero's death, added the Scorpion [as Scorpio] to the heavens as well. Source. 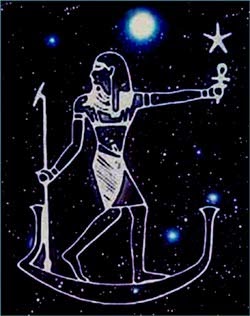 Sirius, the star of Isis, takes us full circle to other connections. Isis was the primary goddess of the isles of Philae. NASA is not unaware of the names they are bestowing on their craft. 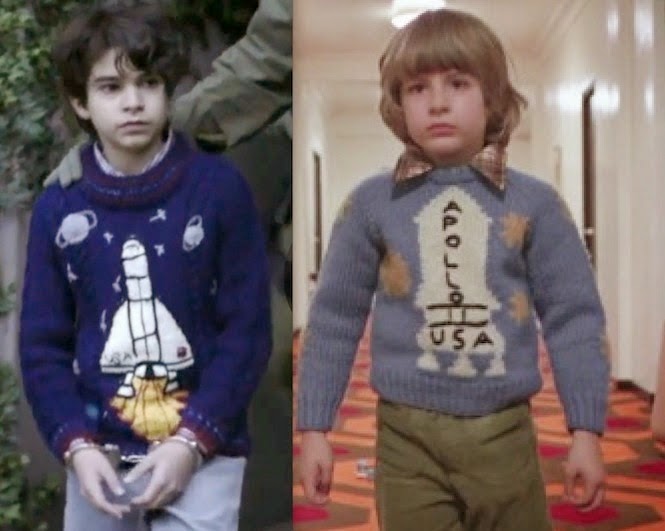 The youthful Walter O'Brien (played by Daniel Zolghadri) on CBS's hit series Scorpion is wearing a sweater that mirrors, in a fashion, the Apollo 11 USA sweater being worn by Danny in The Shining. (For more, see here.)

Cory Panshin reminds us: "So Orion was 'the lover of the Goddess Dawn' -- which would be Aurora, of course."

In the official feed to the news media, at splashdown, NASA launch commentator Mike Curie is heard to say, in his (seemingly scripted) enthusiasm that this moment was "the dawn of Orion in a new era of American space exploration!"

So many syncs, of late, seem to be foreshadowing events, as well as reflecting them.
+++++
Consider supporting the work of this blog with a modest or generous donation.

So Orion was "the lover of the Goddess Dawn" -- which would be Aurora, of course.

Somewhat disturbing photo of the young Walter O'Brien - handcuffed with a man's hand on his shoulder and that somewhat phallic rocket taking off.
The series seems to deal with people separated from their parents and their abilities.

Orion may be Nimrod via Hebrew lore.