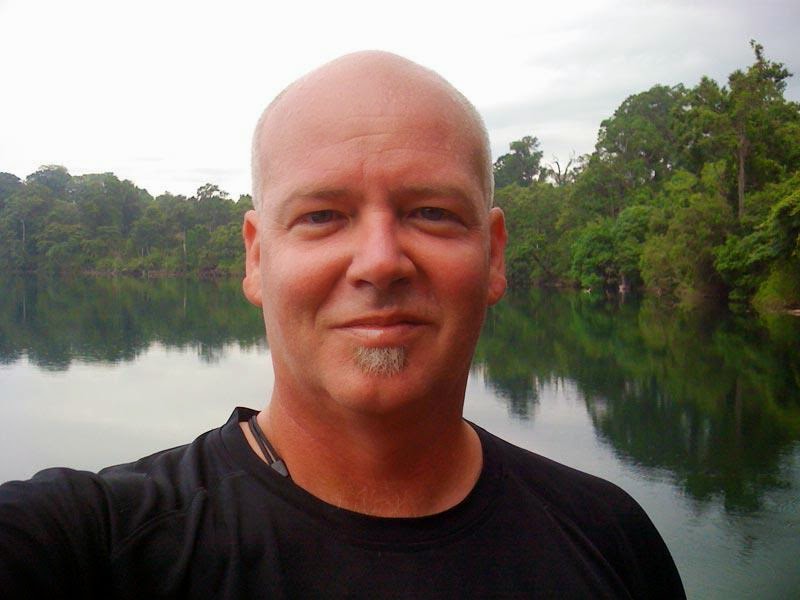 Wes Nations was a young man when he passed away on November 25, 2014, at the age of 47. He left behind a legacy of 1990s' alternative Austin-scene involvement that was close to legendary. But what came next will be circulating among the winds for decades to come. He exited the self-publishing field to undertake a long-held vision he'd fostered. He rid himself of most of his worldly possessions (the main exception being his beloved MacBook) and took off to travel for a year. His globe-trotting turned into six years on the road, a highly praised blog, and a persona known around the world as "Johnny Vagabond."

James Wesley ("Wes") Nations was born on July 1, 1967, in Aransas Pass, Texas. Famed for water sports, fishing, kayaking, and birding, Aransas Pass is the home to the largest hummingbird garden in Texas. Before Nations, the most recalled person from Aransas Pass was Emory Bellard (1927-2011), former University of Texas offensive coordinator and head coach at Texas A&M, inventor of the Wishbone formation. The citizens of Aransas Pass now have the genius of Wes Nations to add to their history, and they should be proud of him.

Nations began to make a name for himself in the age of news magazines ("alt-news-zines") in the 1990s. Wes Nations was the editor and publisher of Crash Collusion Magazine. 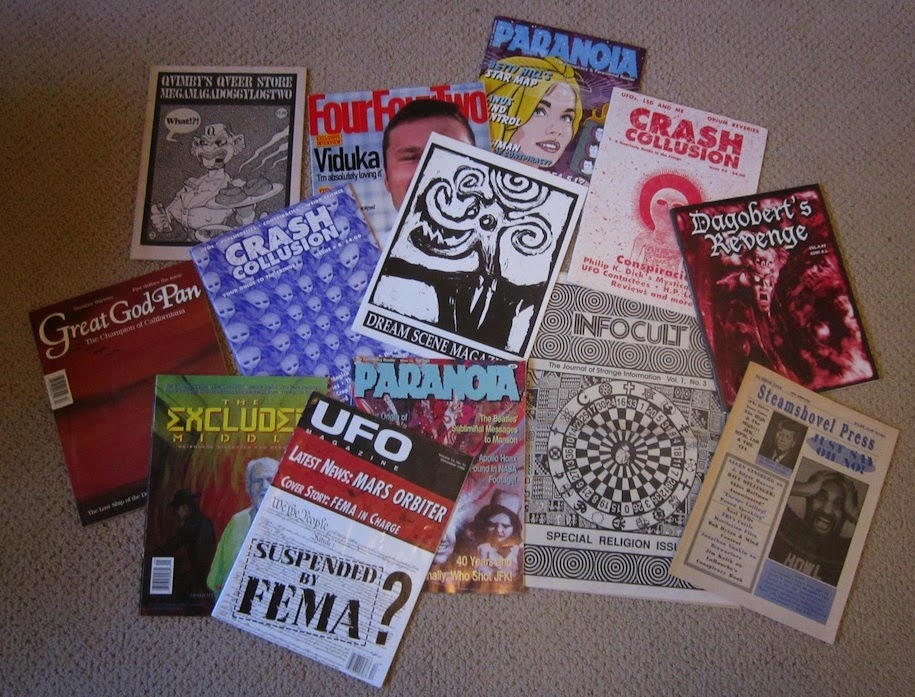 Wes was my entre to the world of alt-news-zines in the 1990s. He was friends of many of the 1990s Zine Scene publishers (and early website operators) from the Excluded Middle magazine (Greg Bishop, Robert Larson, Peter Stenshoel), Steamshovel Press (Kenn Thomas), Adam Gorightly, E.L.F. Infested Spaces (published by me), The Konformist (Robert Sterling), The Devil's Advocate (Tim Brigham), and many more. 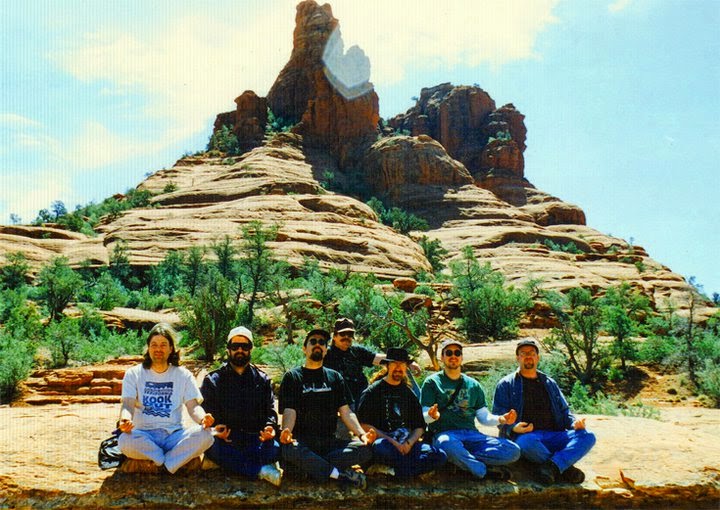 As Nations planned his escape from Texas civilization to travel the world, he had to figure out what to do with his large library. Lewis writes: "When Wes moved away from Austin he gave away his vast collection of books and most of them went to Paul Rydeen and I. It was Wes's collection and mine that made up the foundation of my non-profit Anomaly Archives collections." 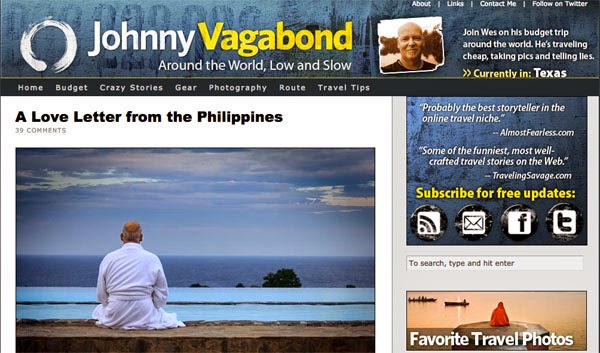 He dreamed, planned, and saved, and finally, in 2009, already in his 40s, he set off on a one-year journey that became indefinite. Johnny Vagabond was born. He worked hard on his writing and photography, and due in no small part to his keen sense of storytelling, he was soon a typical inclusion on any list of travel bloggers to follow.

Wes Nations' trips turned into a well-loved blog by many. "He was Johnny Vagabond in the travel writing world," Kevin Revolinski wrote.

After Wes Nation died, Glenn Dixon recalled that "Wes was fairly well-known in travel blogger circles. One time Dixie and I were having lunch in our favorite restaurant, TierrADentro, and were approached by a cute young couple. They said hi, and then asked me, 'Are you Johnny Vagabond?' I got a big laugh out of this. Johnny Vagabond was Wes’ alter ego and the name of his blog. I’m pretty sure I told them that, no, I’m much younger and more handsome than him, but that I could connect them."

In Leigh Shulman ode to Wes Nation, she shared an overview sense of Wes' blog: "Raw is the word I hear most often applied to his writing. Things like how he almost killed a man who offered him an eight year old girl for sex. Or stories about the ethereal nature of travel." 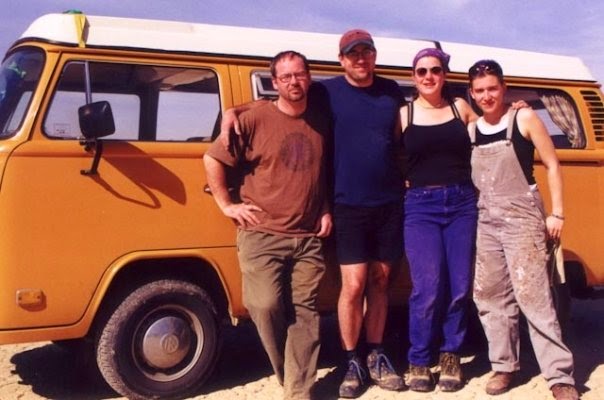 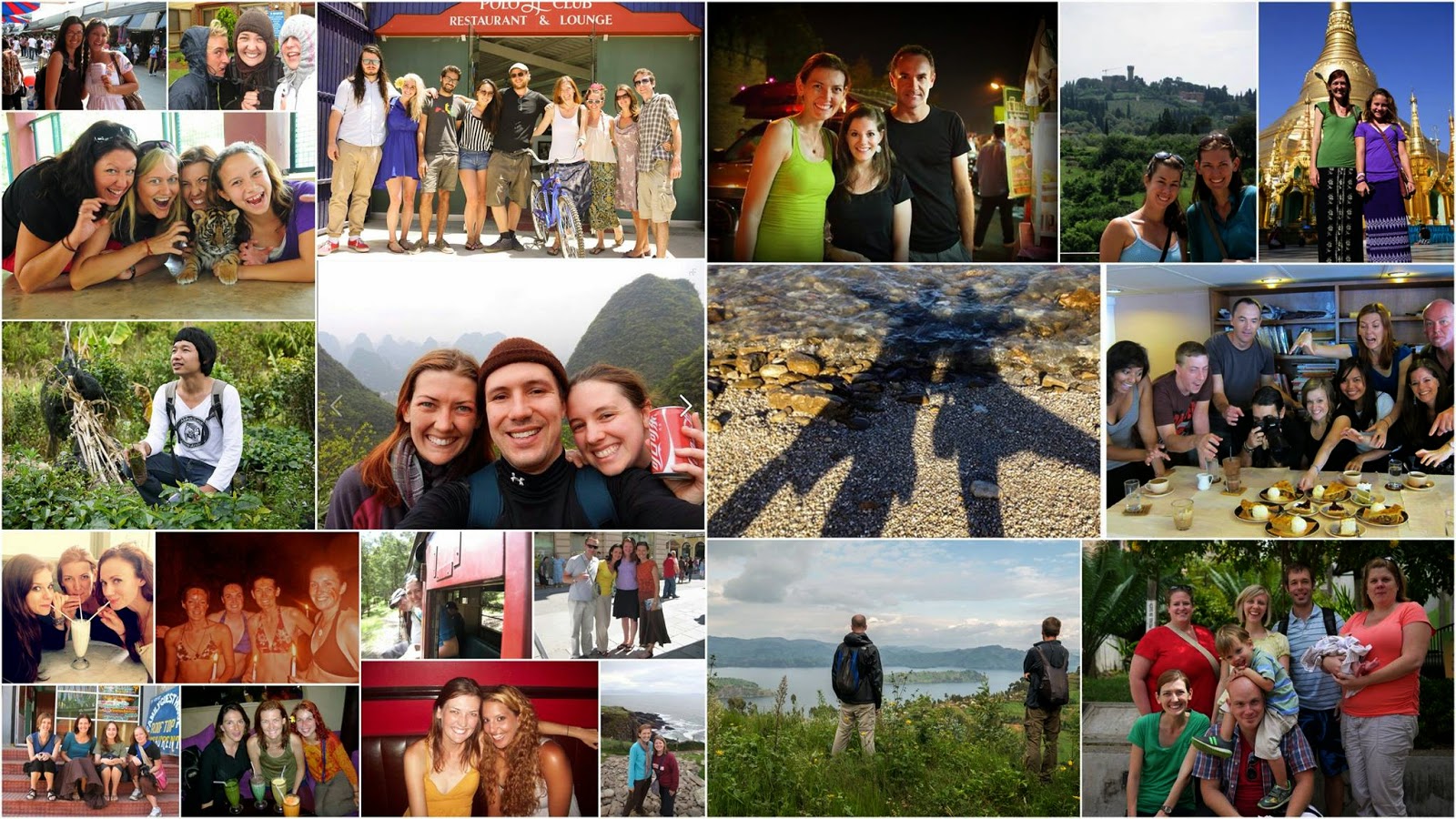 Traveling the world, Wes soon found it was about the people, more than the places. 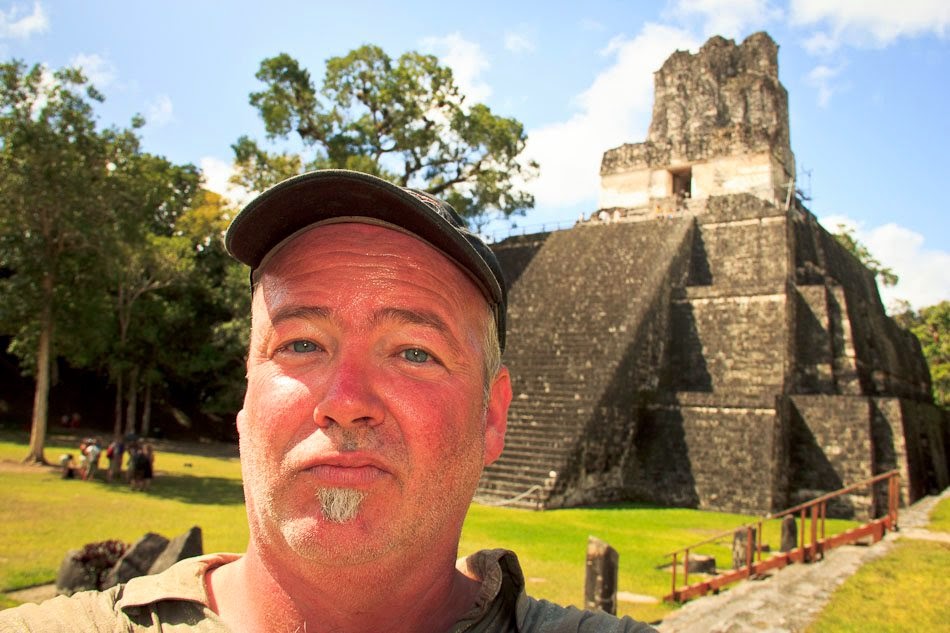 Wes at Tikal, a couple years ago.

When the journey on which Wes Nations found himself reached its final destination, via liver disease, he was "back in his hometown, his parents Tommy and Barbara at his side. He had traveled full circle," as Keith Revonlinski nicely put it. 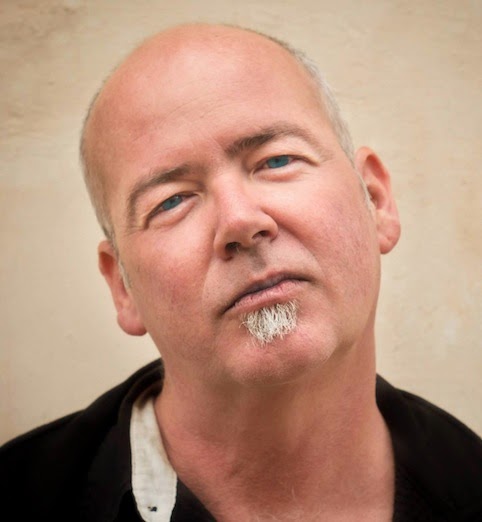 One of Wes Nations' favorite photographs of himself, which he used as his profile pix on blogs, Facebook, Twitter and elsewhere.

The man moved from writing about UFOs and conspiracies, to sex slaves and the mistreatment of the disenfranchised. We appreciate seeing the world through his eyes, even for such a small amount of time.

Most of his peers, in the end, agreed, despite Nations' blog's tagline that "He's traveling cheap, taking pics, and telling lies," he saw truths and reported realities through his writings and images. He will be missed.

The following are the links to my three remembrances for the three ufology researchers/writers who died in one week (November 25 – December 2, 2014):

Posted by Loren Coleman at 1:20 PM

Wes was a lovely man. I was privileged to know him.

Sorry to hear about Wes. We used to trade ads. That's my INFOCULT in the grouping of 'zines

Thanks, Loren. Let it be known in the meditation photo at the Texufornia Kookout that between Paul Rydeen and Adam Gorightly sits Gregory Bishop, the instigator behind The Excluded Middle Magazine and a highly nuanced thinker in all things anomalous.