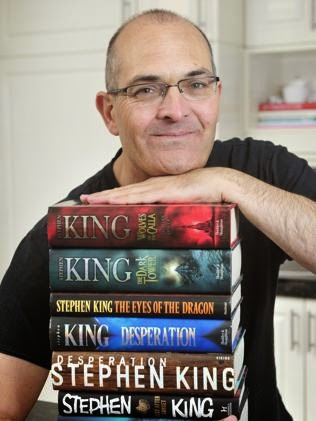 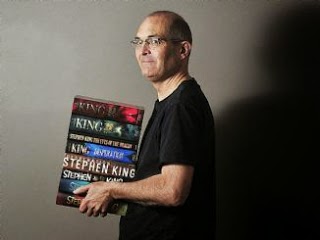 Wood was a freelance writer for over 35 years. His writing career began at university, where he wrote a national newspaper column in New Zealand on extra-terrestrial life and UFO-related phenomena and published other articles about the phenomenon worldwide, in the course of which research he met such figures as Erich von Däniken and J. Allen Hynek.

Some of Wood's ufology articles include,

Wood also wrote articles on the security industry published in the US, Canada, the UK, New Zealand and South Africa.

Wood was one of the globe's foremost experts on Stephen King, writing many articles and books on the author, including The Complete Guide to the Works of Stephen King (2003), Stephen King: Uncollected, Unpublished (2006), The Stephen King Collector’s Guide (2006), Stephen King: The Non-Fiction (2009), and Stoker Award winner Stephen King: A Literary Companion (2011).

Wood assisted King with research on Doctor Sleep, sequel to The Shining, with King calling Wood “my go-to guy for all things Shining….The Rock knows my work better than I do myself.”

In 2002, Wood traveled to Orono, Maine, and spent three weeks researching the Stephen King Archives at the Special Collections Unit of the Raymond H. Fogler Library at the University of Maine. Wood has undertaken five research trips to Maine in the course of his research on King's work.

Wood was a Trustee in the Horror Writers Association from 2008-10, and was elected as president for the 2010-12 term. He was re-elected for the 2012-14 term. He also wrote non-fiction graphic novels, including Stoker Award winner Witch Hunts: A Graphic History of the Burning Times (2011).

Wood was diagnosed with ALS in October 2010. He is survived by two daughters and a granddaughter.

See the January 2015 issue of Locus for the announcement of Wood's death.

The following are the links to my three remembrances for the three ufology researchers/writers who died in one week (November 25 – December 2, 2014):