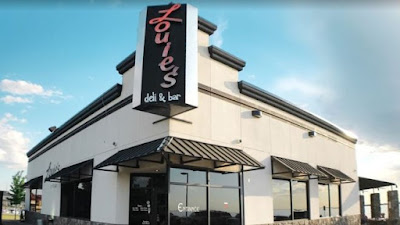 "I had planned to take my kids to Louie's, but drove over to a Mexican restaurant instead. Something told me not to go to Louie's."

So began my realization that a shooting I had heard about earlier had touched a close correspondent friend of mine.

Perhaps it was Andrew W. Griffin's covert awareness of the power behind the name, Louie's? (See his "Louis/Lewis," in Red Dirt Report, February 13, 2017.)

Whatever the reason, I was happy that this posting was not so close to home. But it is for lots of people, as time goes by and these incidents become commonplace. In terms of people and places that are now touched by mass shootings, this set my mind to thinking about the issue of Thanatourism. I wrote about disaster and dark tourism earlier today, here.

"Louie's" is Louie's by the Lake on Lake Hefner. It is one of many Louie's in the region, and the one that Andrew goes to with his kids. Just like many people go to with their children. 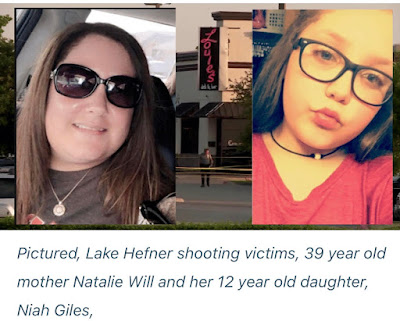 On Thursday, May 24, 2018, a children's birthday party was occurring when a shooting began. The shooting happened about 6:30 p.m. Thursday at Louie's, 9401 West Lake Hefner Drive, Oklahoma City, Oklahoma.

Police were called and told that a man was shooting from outside the front door into the restaurant. The shooter was said to be wearing ear protectors and shooting glasses.

When police arrived on the scene, they found the gunman dead outside of the restaurant. He had been shot by two civilians, police said. The civilians were identified as Juan Carlos Nazario, 35, and Bryan Whittle, 39. 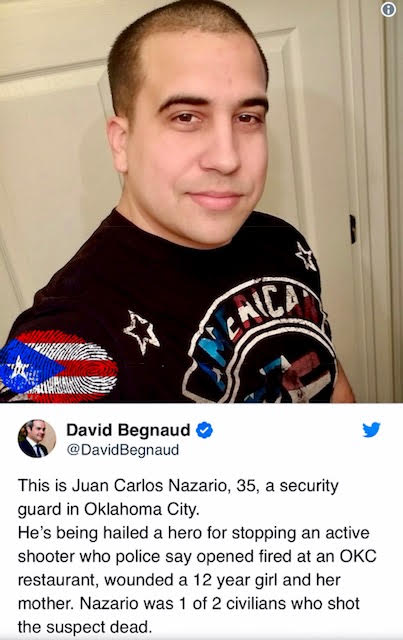 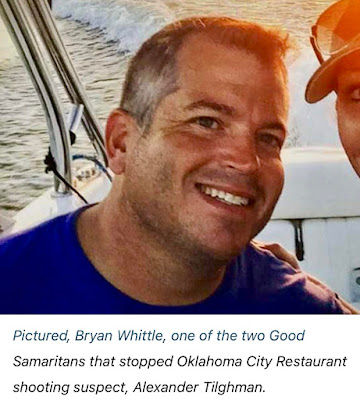 Both Nazario and Whittle had their weapons in the trunks of their vehicles. As the situation unfolded, both of the men were able to go to their vehicles and retrieve their firearms and shot the firing suspect. 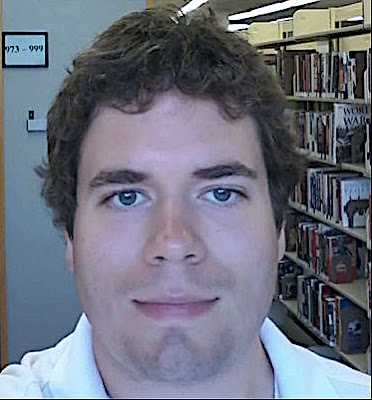 Alexander Tilghman took a selfie in front of library book shelves of titles catalogued from 973, the United States, through 999, Extraterrestrial Worlds. 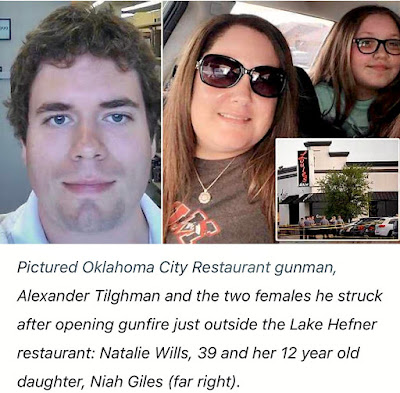 Police said three people, two female children and one adult female, were shot by the shooter identified as Tilghman. All three shooting victims are in good condition and are expected survive, police said.

A fourth person was also injured during the shooting. The adult male reportedly fell and broke his arm during the altercation. He is in good condition.

Tilghman was licensed as an armed security guard. The Oklahoma Council on Law Enforcement and Training's Gerald Konkler said Alexander Tilghman held an active license as an armed guard and there were no disciplinary actions against Tilghman.

Other than a domestic assault and battery complaint against Tilghman when he was a 13 years old, Tilghman had no other run-ins with police. Oklahoma City Police say their last official contact with Alex Tilghman was in 2003. In a police report, Tilghman’s mother said he had punched her in the chest and arms following a fight over the family vacuum cleaner.

The Tilghman name is possibly an altered spelling of the German Tilchmann, an occupational name for someone who raised or tended trees, from Middle Low German telge "branch," "young tree," "seedling."

“I am under hardcore demonic attack you know; I really need some real people in my life so get in touch with me ASAP,” Alex Tilghman said into the camera for his YouTube page. The post happened weeks before police say he went into Louie’s Bar and Grill on Lake Hefner and opened fire.

Tilghman lived in Oklahoma City and his social media posts are filled with cryptic references to demonic attacks. In one video posted from the Oklahoma City Zoo, Tilghman complained of a demon-possessed squirrel, which followed him around the park.
Other videos posted three weeks before the shooting, Tilghman appears to be recording video near Lake Hefner of the cars passing by, which he claimed Satan was making sound louder. Tilghman advertised his social media page using bumper stickers and posters he left around town. One poster that pointed to his YouTube warned of “Demons in Cloned Transsexual Bodies.”
“I even have my refrigerator attacking me,” a monotone Tilghman said in the video. “It turns on when I am thinking something.”

His monologues mix between this demonic possession belief and one where he feels he is living in a “matrix.” The “matrix” Tilghman talks about is in reference to a series of movies of the same name where humans are part of a computer-generated world and have to be liberated from that cybernetic network in order to be free.

The local LGBT newspaper, Gayly had interviewed Tilghman about weird flyers he put around town. They had earlier discussed his flyers.

In a strange twist of reality and the same name, Alexander Tilghman is the moniker of Shirley Tilghman's nine-years-younger son. And who is Shirley Tilghman? She is a world famous pioneer in cloning, and former president of Princeton University. The other Alexander Tilghman, the Louie's shooter, was obsessed with demons and clones. In terms of parallelism, it is quite weird.

Other happenstances include that a county in southwestern Oklahoma is called "Tillman." Around 1966 or so, there was a strange UFO sighting near the town of Davidson in Tillman County, Oklahoma. A man encountered an alien "repairing a craft" near the side of the road. The story is shared by John Keel.

Andrew Griffin passed along that Hayden Hewes, the late local ufologist reported on a saucer rising out of Lake Hefner in a 1965 sighting.

Posted by Loren Coleman at 6:39 PM

Very weird. And it also very much sounds like the man was suffering from paranoid schizophrenia.

he was my neighbor...very strange guy that would walk around looking twitchy and mumbling to himself. I'm glad hes the only one that died that day..and I'm grateful that he didnt decide to shoot up our apartments that day instead